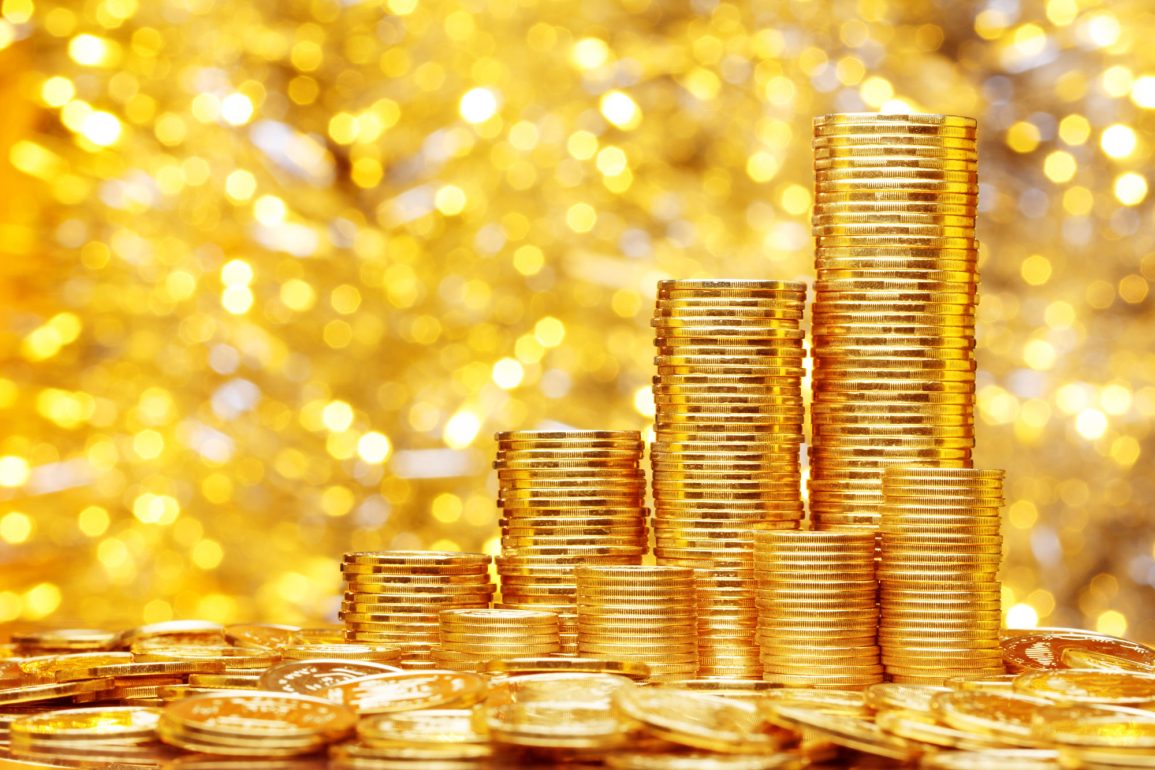 Asia Broadband, Inc. (OTC: AABB) is a resource company that focuses on mining and selling precious metals – mainly gold. AABB is also venturing into the digital asset sphere as the company has already released a gold-backed cryptocurrency and launched its crypto wallet to store and transfer crypto. In the meantime, AABB stock is landing on investors’ watchlists as the company is preparing to launch its crypto payment platform. For this reason, AABB stock could be one to watch for a run this week in anticipation of the platform’s release.

Already established in the gold mining industry, AABB is looking to establish itself in the growing crypto market by offering platforms to enhance crypto transactions. Last year, AABB started moving forward with this vision as it launched its own crypto wallet – AABB Wallet – to store and transfer cryptocurrencies. Alongside this wallet, AABB created its own gold-backed crypto – AABBG Token. Based on this, AABBG Token could be a major success in the future since the stability of gold could be more attractive to investors than the volatility of the crypto market.

As the company is looking to build a crypto ecosystem utilizing its ventures in the industry, AABB launched its proprietary crypto exchange – AABB Exchange – where cryptocurrencies can be privately and securely traded. Considering the growing interest in cryptocurrencies, AABB has been working to develop its exchange and attract more users. To achieve this target, AABB added a crypto, blockchain, and cybersecurity expert to its development team to further enhance the architecture and functionality of the exchange. In this way, AABB’s exchange could be on track to rival other prominent crypto exchanges like Coinbase and Binance when fully developed. As a result, AABB stock could be one to hold in anticipation of the roll out of the exchange’s enhancements.

In addition, AABB launched a preliminary advertisement campaign for both its token and exchange at the Los Angeles Airport to increase its name recognition. With this in mind, AABB intends to expand its marketing and advertising efforts in the future alongside improving the exchange. In light of this, AABB could be on track to witness high demand for its platforms as it continues to raise awareness of its crypto ecosystem.

Meanwhile, AABB is working to introduce its newest product – PayAABB – which is set to be launched on September 7. This product is a digital crypto payment platform that aims to expand financial options resulting from the continuous growth of crypto transactions. With this in mind, more and more businesses are moving to accept crypto payments for their products. In a recent survey from Visa, around 24% of small and medium businesses are ready to accept crypto payments. In this way, PayAABB could grab a significant market share in this ripe market.

With this in mind, AABB’s new platform could witness high demand instantly as it provides customers with the option to make their payments using more than 400 cryptocurrencies which will then be transferred through the AABB Exchange system. As a result, businesses will receive their payments in the form of stablecoins which could be more beneficial for businesses since they will not be greatly affected by the volatility of cryptos. At the same time, PayAABB offers customers payment flexibility as payments can be made over email, text messaging, or QR code, as well as e-commerce sites.

As for businesses, the platform could be extremely attractive as it has no third-party fees and includes a high level of security including Google Authenticator and SSL certificate for encrypted transactions. In light of this, AABB stock could be an intriguing long-term investment as the company’s platforms gain more interest from users.

By releasing this platform, AABB could be well-positioned for significant growth as it would be able to integrate its platforms with each other. With this in mind, PayAABB is set to expand AABB Wallet’s offerings which will include a merchant API for sellers. Through this offering, sellers will be able to make business-to-customer and business-to-business transactions. Moreover, this would allow sellers to launch loyalty programs and other initiatives to increase crypto accessibility. Based on this, AABB appears to be on the right track to achieve its vision for complete independence from fiat currency.

Additionally, AABB has further plans to grow in the digital asset sphere as the company intends to venture into NFTs. Back in May, AABB signed an LOI to develop NFT platforms and galleries to kick start its operations in this new segment. To start operating in this segment, AABB held discussions to create several NFT marketplaces for digital content categories including music, sports, and video. With this in mind, this venture could be approaching as the company previously shared that a definitive agreement is expected to be signed soon.

On that note, AABB’s marketplaces could be more efficient in processing transactions since the company could utilize its existing blockchain-based platforms and integrate them into the NFT marketplace networks. Considering the significance of this competitive advantage, AABB could emerge as a leader in digital asset services once the company’s platforms realize their full potential.

While the company’s digital asset division is promising, AABB has been able to develop that division through its main business of mining. Considering that the company’s crypto token is backed by gold, AABB has been actively acquiring gold mines to increase its physical gold holdings. Earlier this year, AABB signed a definitive purchase agreement to acquire the Zodiac Gold Mine project in Mexico for $700 thousand. According to this agreement, AABB had the option to acquire two additional concessions in the location. With this in mind, AABB excercised this option and signed an LOI to acquire Zodiac II and Zodiac III gold properties. Currently, the management is assessing the locations and conducting its due diligence before moving forward with this deal.

Moreover, AABB signed a definitive agreement to acquire a 100% interest in the La Paz gold mine project in Mexico for $700 thousand. With the company negotiating to acquire additional concessions in the location, AABB could be set for significant growth in its mining business in the future which could boost the company’s financials. Meanwhile, the company received the technical report for the Bonanza gold mine project which showed that the location contains gold and silver worth around $10 million.

At the same time, AABB’s management is bullish this project could provide the company with high production at low operating costs which could improve the company’s gross profits. As the company is continuing to expand its gold mine holdings, AABB stock could be a profitable long-term hold as it aims to integrate both of its divisions.

According to its Q2 report, AABB has $109.6 million in assets including $65.4 million in cash and cash equivalents. The company also has $748.4 thousand in liabilities which shows that AABB is in such a strong position financially. As for revenues, AABB reported $340 thousand from its mining business and $109.4 thousand from its digital assets division – leading to a gross profit of $395.5 thousand. However, the company had $521.1 thousand in operating costs which has led AABB to report a net loss of $139.2 thousand. Considering the company’s recent efforts to grow its divisions, AABB could be well-positioned for financial growth in the future when its platforms are fully developed.

@shawonsarker84 is banking on his decision to add AABB stock at its bottom.

AABB stock is currently trading at $.0795 and has supports at .0651, .0581, and .0455. Meanwhile, the stock shows resistances near .0829 and .1014. With the launch of the company’s crypto payment platform approaching, AABB stock climbed 42% over the past week thanks to investors feeling bullish on the platform’s potential. In light of this, AABB could witness a continuation over this week as the platform will launch on September 7. Considering that the stock is currently trading above its MAs and VWAP, AABB stock could continue running especially with the golden cross of the MAs recently occurring. However, bullish investors could wait for a break through the resistance with a pull back for a less risky entry point in anticipation of the launch of PayAABB.

As investors are anticipating the launch of PayAABB, accumulation is trending upwards and the MACD is bullish to the upside. Meanwhile, the RSI is at 83 indicating that AABB is overbought at the moment. Based on this, bullish investors could wait for these indicators to reset before entering a position in AABB stock as it could be poised for a momentary drop in the near future. AABB has an OS of 2.4 billion and a float near 2.3 billion.

With the company planning to launch its new platform on September 7, AABB stock has the potential to soar upon releasing the platform considering its run in anticipation. Meanwhile, AABB’s plans to create a crypto ecosystem by utilizing its platforms could have a positive impact on the stock’s PPS in the long-term as the platforms remain in their early stages. With this in mind, AABB is also growing its physical gold holdings to support its AABBG Token which is fully backed by gold. Since the token is a pivotal part of the company’s ecosystem, acquiring additional gold mines could allow AABB to accelerate the development of its ecosystem.

Another catalyst to watch for is AABB’s expected share dividend to shareholders as of September 15. As many investors could be looking to secure free shares from the company, AABB could witness a strong buying activity in anticipation of the dividend. In light of this, AABB stock could be one to watch this month as its catalysts roll out.

If you have questions about AABB stock and where it could be heading next feel free to reach out to us in our free alerts room!