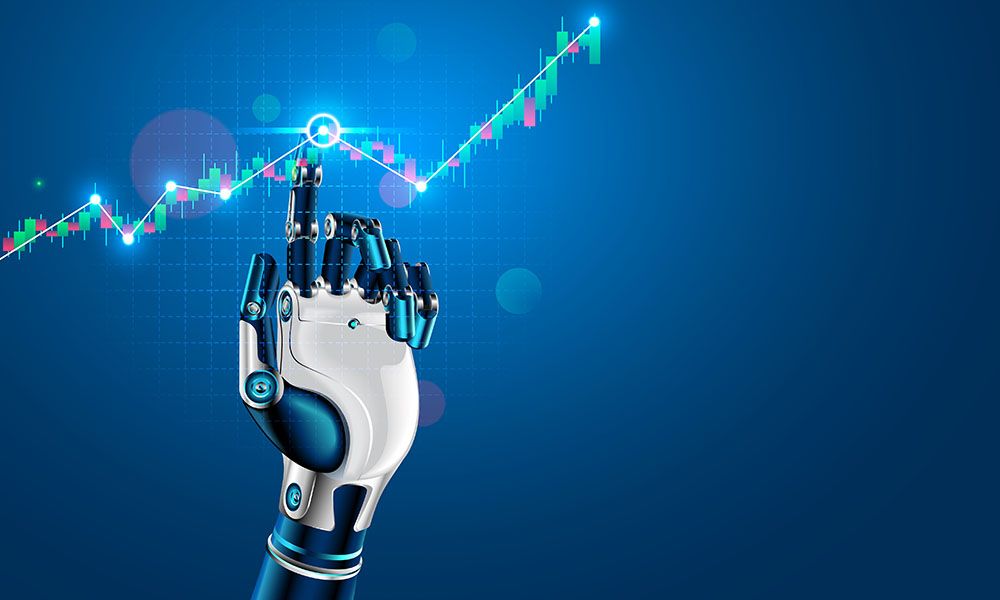 Preparing to finalize its reverse merger, XCPCNL Business Services Corporation (OTC: XCPL) is one of today’s best AI stocks to watch after climbing more than 300% over the past 5 trading days. This parabolic run has been triggered by XCPL’s latest shareholder webinar where the company discussed several pivotal topics regarding the company and the reverse merger. Considering that the merger could add substantial value to the company, many investors are bullish XCPL stock could be undervalued at its current PPS. With the company promising to do a webinar once a month with its shareholders, more news regarding the reverse merger could be imminent.

Originally a venture development business, XCPL has been focused on helping consumer retail businesses grow their operations through its suite of marketing and sale-enablement services. However, XCPL has also been looking to launch a new business model that would allow the company to grow financially. Through this new business model, XCPL intends to operate in the crypto sphere in addition to launching an NFT platform.

To facilitate this new business model, XCPL reached an agreement to reverse merge with Centiment Capital Holdings. As the world’s first neurotech neurotech-enabled, for-profit, anti-bias-driven machine learning company, Centiment utilizes AI and neuroscience-driven tools to solve neuro-data-driven problems. Following the closing of this deal, a new management will be in place with current CEO Tim Matthews and Centiment’s CEO Micah Brown will serve as co-CEOs until appointing a tech-based CEO. In light of this, XCPL stock could emerge as one of the best AI stocks in the OTC when the reverse merger is closed.

As the first part of this reverse merger, XCPL completed the acquisition of two Centiment subsidiaries Advanced Research Machines LLC and Xerxes Trading Holdings LLC. ARMS is the company behind the mantis crypto trading technology while Xerxes is a multi-asset class trading technology. With this in mind, Xerxes is expected to complement ARMS’ trading platform which could help XCPL further grow both platforms.

By acquiring these subsidiaries, XCPL will operate on crypto positions driven by AI research and automated trading technology through Xerxes’ algorithm. This algorithm is optimized for crypto markets and has shown success when tested against equity markets. With this in mind, this business model is expected to allow XCPL process news, data streams, and behavior patterns to inform a long or short trading strategy for users. In this way, this model could provide returns ranging from 2% to 10% per week for users. Based on this, XCPL could be one of the most promising AI stocks to invest in before exploding.

Now that the first step of the reverse merger is over, XCPL is waiting for Centiment to clean up some legal issues and revenue. Additionally, XCPL is anticipating Centiment to complete its audit so that the deal could move forward. Once these technicalities are completed, the reverse merger would be ready to be finalized. Upon closing the reverse merger, XCPL intends to change its name to Centiment Technology Group and plans to apply for a ticker change as well. As the merger is expected to value the company at $34 million according to a third-party, XCPL could be one of the best AI stocks to buy at its current low PPS.

Meanwhile, XCPL has been actively looking to enhance shareholders’ value as it reduced its AS by 250 million shares for the second time this year – bringing the AS to 500 million shares. At the same time, XCPL intends to kick start a share buyback initiative later this year to reduce the dilutive effect on shareholders resulting from the company’s ongoing Reg A offering. In this way, XCPL stock could be one of the AI stocks to hold in anticipation of its upcoming catalysts.

Moreover, XCPL has been working on improving its communication with its shareholders and recently held a webinar to discuss some topics regarding the company’s upcoming plans. Out of these plans, many investors are increasingly bullish on XCPL’s plan to develop a stock dividend plan. At the same time, XCPL discussed a JV with Centiment – Mindshare – for film tokenization and funding where the company would fund black Hollywood filmmakers. Given that this webinar was a major success for the company, XCPL intends to hold a webinar once a month for its shareholders. In light of this, XCPL could be one of the AI stocks to hold onto for the long-term thanks to the management’s transparency.

@BMoeBlessed is bullish XCPL could run past $.01 in the near term.

As one of the hottest AI stocks, XCPL is currently trading at .0059 and shows supports near .0053, .0038, .0024, and .0015. The stock also shows resistances near .0071 and .010. Since discussing its future plans in its webinar, XCPL has been soaring with the stock running more than 300%. Considering that the Reg A offering could be closed as soon as today, XCPL could be one to watch for a continuation as the dilution would be over.

XCPL is currently trading above its MAs who have crossed recently forming a golden cross. However, dropped and retested its support at $.0053. Since this support has shown to be a strong support level, investors could look for a retest to enter a position in XCPL. Meanwhile, investors should be wary of the gap near $.004 that has to be filled – which could be a good entry point.

Accumulation is trending upwards as many investors are bullish on XCPL’s prospects upon the closing of the reverse merger with Centiment. Meanwhile, the MACD is bullish but appears to be approaching a crossover in the near term. The RSI has cooled off significantly from 76 to 60 which could signal a continuation of this run. As for its share structure, XCPL has an AS of 500 million and an OS of 447.9 million which could indicate the near end of the ongoing dilution. XCPL has a float near 369.7 million.

With the stock running more than 300% since holding the shareholders’ webinar, XCPL is one of the best AI stocks to keep a close eye on today. Considering that the company’s reverse merger would value it at $34 million, many investors are bullish XCPL could be extremely undervalued at the moment given its market cap of $2.6 million. With this in mind, reverse merging with Centiment could allow the company to grow financially considering the potential of ARMS, Xerxes, and the Mindshare JV. Meanwhile, the company is striving to enhance shareholders’ value as it already cancelled 500 million shares of its AS and plans to develop a stock dividend plan which could attract new investors to the company. As the merger is set to be finalized soon, XCPL could be one of the best AI stocks to hold in anticipation.

If you have questions about XCPL stock and where it could be heading next feel free to reach out to us in our free alerts room!