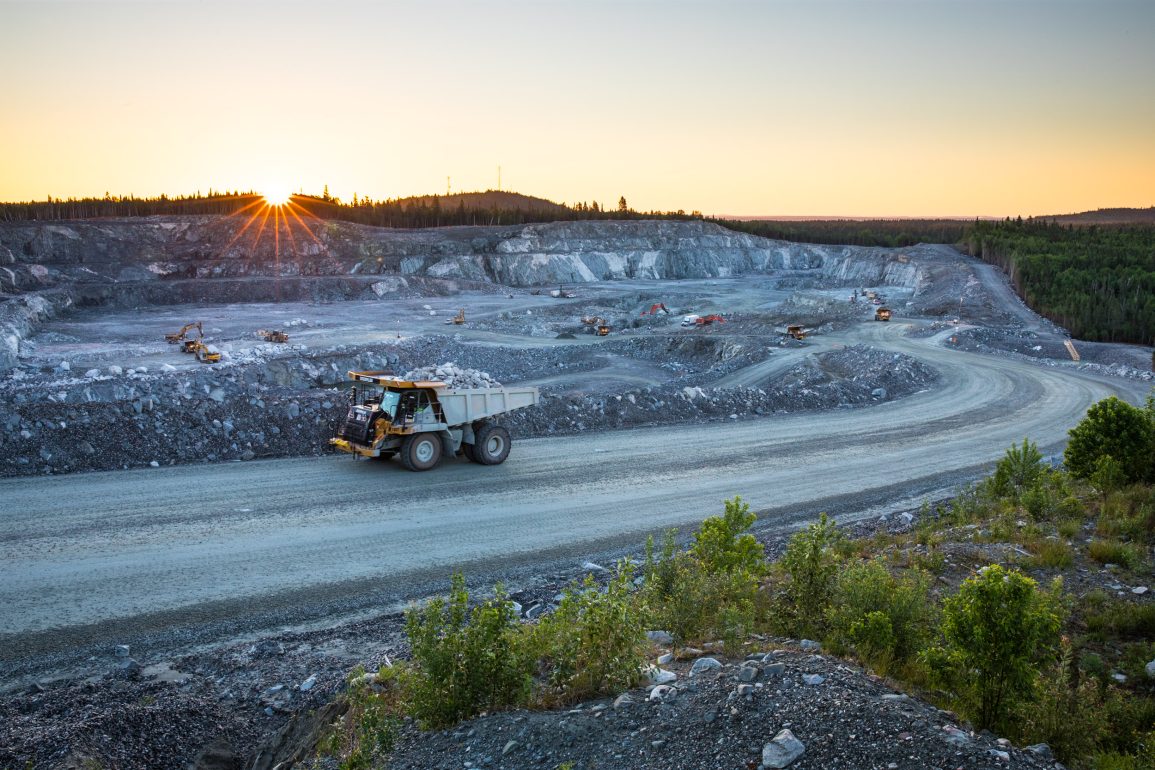 Recently promoted to the S&P/ASX200, Sayona Mining Ltd. (OTCQB: SYAXF) (ASX: SYA) has given investors regular updates on its operations following its latest acquisitions. In recent years, the company has acquired several important lithium mines in Canada. Its most prominent acquisition so far was the North American Lithium project which it acquired along with Piedmont Lithium. Production there is set to start in 90 days, which could be a catalyst to watch for. Considering the demand for EVs and lithium’s role in producing EV batteries, SYAXF stock could be one of a few lithium mining stocks worth watching as we enter 2023.

Sayona operates in Quebec, with five lithium projects either in development or in prospecting phases. The company also has operations in Western Australia, where some of its lithium and gold projects are located. As it continues to expand its mines and develop more refineries, SYAXF might be a player in the North American lithium industry to keep an eye on in the long-term.

Four years after its foundation, the company first went public through the Australian Stock Exchange in 2004, but later duel listed on the OTC under the ticker SYAXF in 2021. After its listing, SYAXF reached an all time high of $0.28 in April 2022 but with reports that lithium could soon become the oil of the future, SYAXF could be positioned to capitalize on this demand thanks to its impressive portfolio and growth plan.

Governments are already pushing for EV adoption through legislation and incentives – adding to lithium demand as a result. Earlier this year, the Australian government predicted a 20.9% increase in lithium production for a total of 636,000 tons. It also estimated that output will be just a tad more at 650,000 tons. But by 2027, demand is expected to reach 1.5 million tons and production is expected to be at 1.47 million tons. Thanks to this increasing demand, lithium prices have been skyrocketing for over a year now and are now up 181% YoY.

Last year, Sayona acquired 75% of North American Lithium (NAL) through its subsidiary Sayona Quebec Inc. and Piedmont Lithium acquired the remaining 25% of the project. The mine, located in La Corne, is the second largest North American source of lithium and was featured in a New York Times article addressing the company’s acquisition.

The article highlighted SYAXF’s potential following this acquisition since the mine is relatively more accessible than others. However, it also noted the financial difficulties its previous owners faced. In preparation, Sayona has already cut its budget for restarting operations at the mine and since the company is still on schedule, SYAXF appears to be in a good financial position for pursuing its plans. Acquiring this mine has allowed SYAXF to double its Québec lithium resource base, which is now the largest in North America.

The pre-feasibility study results from the mine appear to be promising. For starters, the mine’s estimated lifetime has been extended to 27 years, and a capital payback is expected within two years of operations. Of the 183.4 megatonnes of ore mined, 67.7% was blended Li2O recovery which produced 4.4 megatonnes of spodumene concentrate. Each ton of which is worth $1,242.

As per the offtake agreement, Piedmont will be buying 50% of the spodumene concentrate – a pyroxene mineral containing lithium – produced at Sayona’s Authier lithium project. Once production at NAL commences, Piedmont will have the opportunity to buy 50% of NAL’s concentrate produce. As is, operations at the NAL are expected to begin in Q1 2023 and SYAXF is expected to send its resources to a lithium conversion factory in Quebec once its established. After the factory is completed, SYAXF will likely only sell its excess production to Piedmont.

SYAXF also has another lithium project under development in Quebec. The company acquired  60% of the project in Moblan and its Quebec subsidiary acquired the remaining 40%. A Mineral Resource Foreign Estimate found 12.03 megatonnes at 1.4% Li2O and determined that expansion is very likely. In fact, with continuous drilling, the project has already been expanded twice this year.

With another project in neighboring Lac Albert still in its prospecting phase, Moblan could become a “northern hub” in Quebec as SYAXF predicted. The company is already hoping to produce 25,000 tons of lithium carbonate equivalents from this site by 2027 and if it reaches this capacity, SYAXF could be recognized as one of the major lithium mining stocks for this region. In preparation, a pre-feasibility study has been commissioned and is expected to be completed by May 2023 to pave the way for a definitive one to be completed by September 2023.

Quite literally across the road from the NAL project, is the Authier – SYAXF’s first Canadian lithium project. Sayona acquired the project in 2016 but the mine has been in use since 2010. As of 2018, the Authier still had a life of 13.8 years and many parts of the mine remain unexplored. As SYAXF accesses new parts of the mine, the Authier could continue to yield lithium for many more years.

Of the total 211,000 tonnes of 1.01% grade Li2O, 67,000 tonnes were measured and 107,000 tonnes were indicated. A measured resource is one whose quantity, quality, shape, density and characteristics are estimated with the most confidence to allow for final plans and actual mining to commence. Of course, measured resources could turn out to be proven or probable reserves with more exploration and studies. Probable reserves are those which are indicated with less confidence than proven ones. Whereas an indicated resource is one determined based on enough evidence that modifying factors such as economic, mining, infrastructure and marketing could impact it.

Sayona still has a few tricks up its sleeve. Its biggest is the Abitibi refinery, which will be fed by both its Moblan and North American Lithium projects. Production on it is set to start in 2025. They also plan on developing new refinery operations for the northern hub. And in the distant future, they hope to increase the hub’s capacity and to further invest in battery metals in Canada to increase their supply. Considering the demand this sector is expected to receive over the next decade, SYAXF could be set for continued growth.

Moving on to the company’s finances, it appears that the SYAXF is in a strong financial position. According to its annual report, SYAXF generated an annual revenue of $498 thousand for the year ending June 2022. This represents a 23% decrease in revenue from the previous year. However, the company reported $108 million in other income for the year which contributed to a total profit before income tax of $83.6 million for the year.

For the quarter ending September 2022, SYAXF spent $25 million mostly in exploration and development expenses. But based on the company’s access to $352 million in total available funding, SYAXF estimates that it has funding available for almost 14 quarters.

At the end of June, SYAXF had $184.5 million in cash and cash equivalents – a massive increase compared to the year prior. The value of the company’s non-current assets has also increased notably with its property, plant, and equipment valued at $232 million. Its mine properties are also valued at $61 million while its exploration and evaluation assets were valued at $158 million. As it stands, Sayona would be able to pay all its liabilities (current and non-current) with its assets and still have $90 million leftover.

After a notable uptrend over the summer, SYAXF stock has been trading in a channel between $.179 and $.138. Recently, SYAXF stock touched a strong support at $.138 which has held since September 2022 and saw a slight rebound off of this level.

Given that SYAXF has several far out catalysts, the stock could downtrend on low volume until the company announces the start of production at the North American Lithium project. This catalyst could cause SYAXF stock to retest its resistance at $.23 or push higher. In light of this catalyst, bullish investors may have the opportunity to take a position near the stock’s support levels in anticipation of a trend shift in the future.

The 50 and 200 MA recently formed a death cross, but the RSI is currently overbought at 62 thanks to yesterday’s bullish move. The MACD also had a bullish crossover while accumulation continues to decline. Based on these indicators, SYAXF stock could continue trading in this channel or move lower until the company’s management releases an update on the status of its lithium operations.

SYAXF has built quite a portfolio over the years making it one of few lithium mining stocks able to access the lithium reserves in Canada. Thanks to its investments in important projects like the North American Lithium project, the company is in a good position to take advantage of growing demand for this resource. Considering that federal legislation is only expected to increase demand for lithium, which is already in short supply, lithium mining stocks could soon become the next oil stocks.

As is, the company is expected to begin production at the NAL within the next 90 days which could bring additional revenues to the company in 2023 and beyond. With plans to develop new refineries and expand some of its existing mines, SYAXF stock could prove to be one of the lithium mining stocks worth holding long-term.

If you have questions about SYAXF stock and where it could be heading next feel free to reach out to us in our free alerts room!