ATER Stock on the Move 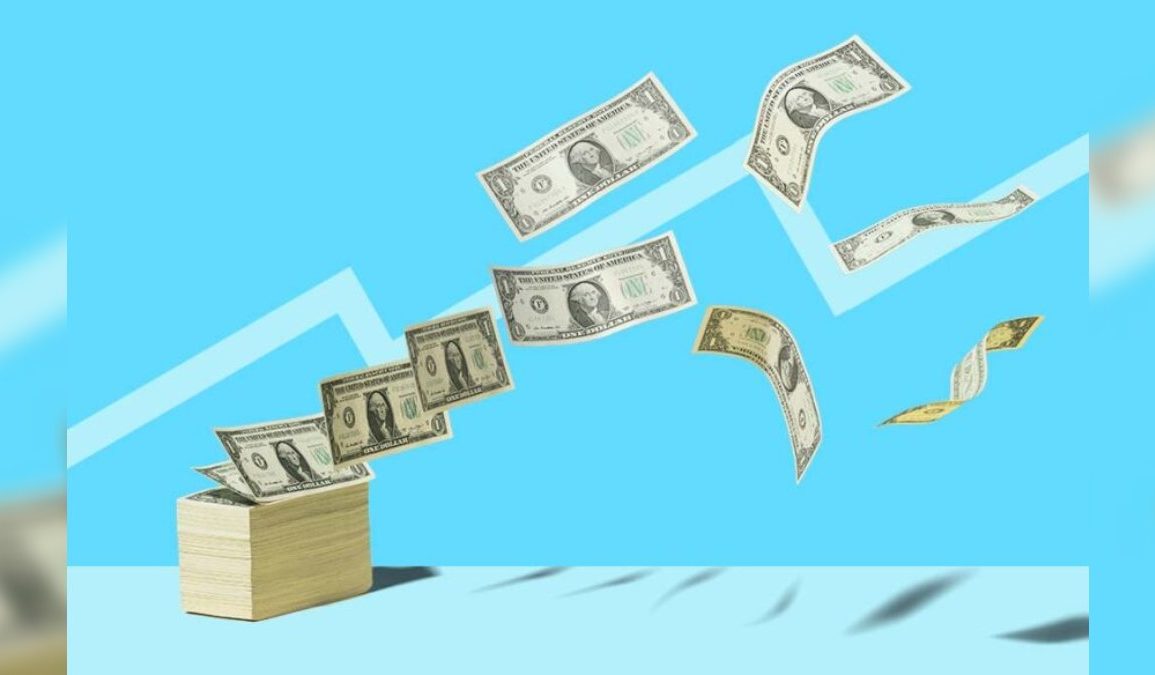 Aterian, Inc. (NASDAQ: ATER) – an expert at scaling brands – routinely acquires and partners with emerging brands using its proprietary software and supply chain to create the next top-selling products. As is, it owns 14 brands and sells their products across various channels such as Amazon, Walmart, and eBay. After witnessing a surge in its trading volume, ATER stock became one of the hottest Reddit stock picks and gained significant momentum on FinTwit as well thanks to its short squeeze potential. Despite this, ATER stock holds value as a profitable long-term hold due to its AI technology and revenue generating brands.

Using its business model, ATER has shown notable revenue growth in recent years. With 14 brands in its portfolio and over 300 products launched, ATER’s success is partly due to its proprietary software platform AIMEE which enables ATER to find lucrative new product opportunities. AIMEE analyzes shopping-related data while projecting cash flows from these potential products to capitalize on product opportunities in the e-commerce market.

Based on this data, ATER manufactures these products under its brands and launches them within six to eight months after identifying them. Aiming to become one of the world’s most efficient consumer product companies, ATER is investing in additional technology and supply chain solutions to increase its profitability as well as seeking out opportunities to commercialize its AI technology.

To achieve this, ATER added Cynthia Williams to its BOD. Having previously worked at Amazon and Microsoft, Williams’ appointment brings vast experience in technology and e-commerce to ATER. This appointment comes as ATER’s CEO Yaniv Sarig shared that he believes supply chain constraints will continue to ease in the future – positioning ATER to better pursue its ambitious growth goals.

Aside from its fundamentals, ATER stock has been a favorite among investors following its incredible run up to $19 in August of 2021. Now Reddit investors are revisiting the stock at this beaten down level thanks to its lack of dilution concerns after its private placement in March. At the time, ATER issued 6.4 million shares in addition to warrants to purchase up to 7 million shares raising a total of $27.5 million in funding for acquisitions and development. The warrants themselves cannot be excercised for the next six months.

Meanwhile short interest has reached 18.5% of the float – an increase of 9.86 million shares from the month before. Overall, short interest for this stock has been relatively high since Culper Research released a scathing short report titled “Aterian (ATER): Bought from Felons & Fraudsters, Sold to You” in May of 2021. However, ATER also had a utilization rate of 100% since the beginning of March which means that short sellers will find it more difficult to find shares available to short.

These catalysts combined with positive momentum for the stock have combined to create a short squeeze attempt. Volume is expected to increase even more thanks to a new video from Zip Trader who analyzed the stock’s parabolic movement over the last week.

Given its current popularity, it’s worth noting that fundamentally ATER appears to be in a strong position especially after it’s annual report showed a 33.4% increase in revenue for a total of $247.8 million. This is partially due to the launch of 40 products throughout 2021. However, ATER’s net loss increased substantially from $63.1 million in 2021 to $236 million this year. This is due to a variety of factors including an increase in general and administrative costs and the extinguishment of debts totaling $138.9 million.

Long-term its important to recognize the edge ATER has thanks to its software which connects to e-commerce sites like Amazon – allowing the company to automate the lifecycle their product portfolio without missing out on opportunities like automating pieces of its fulfillment process. If ATER sells this platform as a service to other parties, the company could see substantial growth. But in terms of its current business model, ATER has also done well regarding sales growth. In 2019, sales reached $114.5 million before increasing to $185.7 million and finally peaking at $247.8 million in 2021.

In light of this, ATER stock is not only a popular meme stock but a potential long-term hold for bullish investors. Additionally, speculation of naked shorting during past short squeeze attempts were given footing by ATER’s CEO who shared the concerns of retail investors. This could similarly influence this short squeeze attempt as well.

According to @unusual_whales option flow, bears were in control near the close. In terms of unusual activity, a $154 thousand call was sold as well as another $128 thousand call. On the bullish side, there was nothing noteworthy. Premiums are overall bullish at 50.2% but with most call options’ expiry within four days, its clear that investors are not in ATER stock for the long haul.

While Culper Research previously described ATER stock as an “overhyped artificial intelligence” play, the company’s technology proved its success with ATER’s brands especially squatty potty, spiralizer, Mueller and rif6. Despite this, ATER’s biggest asset is its AI platform AIMEE. By using this platform, ATER appears to be ahead of its competitors since they would have to develop the framework and technology required to manage a brand portfolio similar to ATER’s. In addition, ATER’s competitors would have to make more hirings to facilitate such processes which could impact their funds.

With ATER striving to further improve its AIMEE technology with new data and less operating costs, the company is well-positioned to capitalize on the ongoing major shift to e-commerce. Given that e-commerce is expected to make up 23.6% of global retail sales by 2025, ATER’s AI technology is setting the company up to secure a large share in this rapidly growing sector.

Although ATER’s business model is largely dependent on launching new products and brands, the company put its plans on hold for the meantime due to the current global supply chain woes. Despite this, ATER could be well-positioned to maintain its market share due to the nature of its products. Considering that ATER’s products are mostly home goods, consumers are less likely to cut spending on such products as they could be deemed as essential. In this way, the global environment of uncertainty could only have a minimal effect on ATER realizing revenues from its products.

In the meantime, ATER is pursuing more growth opportunities as the company is looking to expand its reach in Europe and has been focusing its efforts there. While a lot of these expansion plans were put on hold, ATER has been making the required infrastructure preparations for the roll out of these plans as soon as the supply chain issues are solved. Based on this, ATER stock could witness more growth once the company updates its shareholders on these European expansion plans.

Given the company’s immense growth potential, many institutions are going long on ATER stock in the meantime. Recently, this institutional ownership was highlighted by Armistice Capital, Llc adding 5.2 million shares, as well as Renaissance Technologies Llc adding 1.7 million shares. At the same time, several major institutional shareholders like Vanguard Group Inc, BlackRock Inc, and Hudson Bay Capital Management LP hold large positions in ATER stock – which means that over 20 million shares are held by institutions. In light of this confidence from major institutions in the company’s fundamentals, it could be a profitable investment to add ATER stock at its current price

@Mini_Tradez is looking for ATER stock price to reach $6 or more if ATER breaks above $5.75

Trimming Points: With the 50 MA and 200 MA acting as resistances, a good point to take profits would be near $3.23 if the stock fails to break the 200 MA. However, if ATER stock breaks through the 200 MA, I would start trimming my position near the 3.95 resistance and leave a tail in case ATER stock climbs near $5.

Bullish Case: With more than average trading volume, I believe ATER stock could break through the 50 MA to retest the 200 MA. In that case, the stock could witness a run near $3.95. If the stock breaks through this resistance, the next resistance would be near $4.93 which is a weak resistance.

Bearish Case: Since ATER stock appears to be unable to break through its 50 MA, the stock could be set to retest its support at $2.82. With this in mind, ATER stock is currently below its VWAP, 50 MA, and 200 MA. With the RSI holding at 50, this could signal a drop sooner or later.

Effect of Fundamentals on TA: Despite reporting a relatively solid Q1 report, ATER stock dropped 29% since then due to overreaction from the market. However, any catalyst could send ATER stock on a run as the stock has shown that it can move significantly on news.

Bullish Case: Considering ATER’s impressive portfolio of brands and its advanced AIMEE technology, ATER stock presents an interesting long-term opportunity if the company continues launching new products. With plans to expand in Europe, I would continue buying shares of ATER near $2.82 as the company has massive long-term potential.

Bearish Case: With inflation rising throughout the world combined with rising oil prices and supply chain woes, ATER is under pressure to perform under this environment. As the company’s revenues continue to decline due to these events, investors could lose their confidence in ATER stock’s long-term potential which could send the stock near $2.28.

As one of the most volatile stocks, ATER stock could be a solid swing play with long-term potential. With the stock previously going on big runs following downtrends, ATER stock could be well-positioned for another run in the near future. At the same time, the company’s diverse portfolio of brands and advanced AI technology make ATER stock an interesting long-term investment.

At the moment, ATER stock presents a strong set up for a potential short squeeze. While short interest is high, momentum from retail traders and bullish catalysts for the company could propel the stock to higher highs. By reporting solid financials – considering the supply chain issues and the rising inflation – ATER stock could be a solid long-term investment. Given that ATER stock has a history of massive runs, the stock could break out with more than average trading volume. If a short squeeze does not come to fruition, ATER stock holds some long-term promise that could make it worth a second look.

If you have questions about ATER stock and where it could be heading next feel free to reach out to us in our free alerts room! 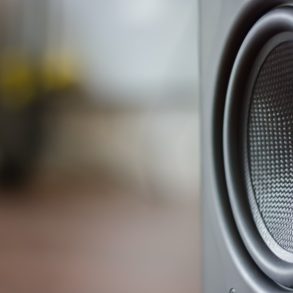 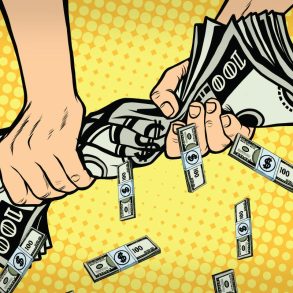 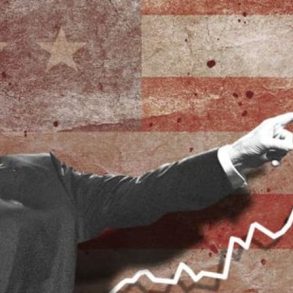 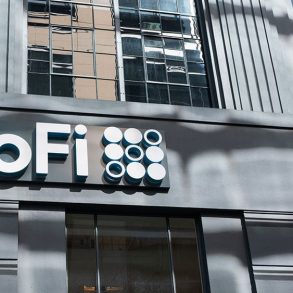