As a pure-pay cloud communications company, American Virtual Cloud Technologies, Inc. (NASDAQ: AVCT) provides cloud-based services to enterprises throughout the world through its cloud communications platform – Kandy. Although the company has major growth potential in this industry, AVCT stock is down more than 80% YTD due to the company’s worsening financials and dilution to raise capital. Despite this, AVCT stock is landing on investors’ watchlists as the company is exploring selling its business or certain assets which has led the stock to rally by as much as 282% this week. With investors speculating that the company could be bought out by a major company, AVCT stock could be one to watch in case a buyout materializes.

Since acquiring Kandy in late 2020, AVCT has been focused on growing this platform to become its core business in the future given its potential in providing service to major companies. Kandy is an intriguing platform as it offers proprietary Unified Communications as a Service (UCaaS), Communications Platform as a Service (CPaaS), Microsoft Teams Direct Routing as a Service (DRaaS), and SIP Trunking as a Service (STaaS). Through these white-label solutions, Kandy enables service providers, system integrators, partners, and developers to upgrade their applications and services with real-time contextual communications to improve user engagement.

Given that such services could be embedded into all companies’ applications and business processes, Kandy has been successful in attracting several major companies to use its services. In this way, AVCT has been able to strike strategic partnerships with industry leaders like AT&T, IBM, and Etisalat who Kandy already sells various solutions. Based on these partnerships, many investors believe AVCT stock could be extremely undervalued given that the company’s services are highly demanded.

Considering Kandy’s growth potential in its market, AVCT has been working to shift its business focus so that the platform becomes its core business. For this reason, AVCT sold its main division Computex Technology Group to Calian Group Ltd. for net proceeds of $32.1 million. Through these funds, AVCT was able to pay all of its debt then and further invest in growing Kandy. As Kandy has relationships with major companies in the telecommunications and technology sectors, this business direction could allow AVCT to secure a significant market share in its niche which could have a positive impact on AVCT stock price in the future.

With this in mind, Kandy has been growing at a substantial rate as the platform’s subscribers grew from 68 thousand to 412 thousand in 2021. At the same time, AVCT believes that Kandy’s services could attract additional subscribers since these services could make enterprises move away from legacy telephony and expensive infrastructure. In this way, AVCT could be well-positioned for financial growth as Kandy continues attracting enterprises to its services.

On that note, AVCT is confident in its prospects of securing a market share in the white-label cloud communications industry by capitalizing on its direct to enterprise capabilities to sell its services through its partners or directly. Considering the company’s partnerships with well-renowned companies like AT&T, IBM, and Etisalat, AVCT could be on track to attract new users which would significantly boost the company’s revenues. In light of this, AVCT stock could be worth investing in at its current PPS.

Although the company’s platform is a major success in its market, AVCT has been struggling financially and had to dilute its shares to raise capital – leading AVCT stock to plunge more than 80% YTD. As a result of these woes, AVCT is undergoing an overhaul of its BOD and management team. As part of this overhaul, AVCT named Kevin Keough as its new Chief Executive Officer effective September 1 after Michael Tessler stepped down from the company’s board.

Keough is expected to add value to AVCT in his new role given his extensive experience in public companies. With this in mind, Keough has already been at AVCT since last April as its Chief Transformation Officer and has previously served as a partner with McKinsey & Company Inc as well as a senior executive with FirstEnergy Corp. With many investors bullish on the company’s future prospects under Keough’s leadership, AVCT stock has been witnessing strong movement in pre-market as Keough prepares to start his new role today. Based on this, AVCT stock could be one to watch this week as it could replicate its recent runs.

Meanwhile, many investors are bullish on the company’s new strategic view that includes selling the company or certain assets. To facilitate this view, AVCT retained Northland Capital Markets to advise it on this view which could help the company overcome its financial woes. Considering that the company’s platform – Kandy – could disrupt its industry, investors are speculating AVCT could be bought out by IBM thanks to both companies’ relationship. In that case, AVCT shareholders could realize major gains since a buyout usually includes the acquiring company to purchase the target’s shares at a significant premium to ensure that a deal takes place. For this reason, AVCT stock could be one to hold until a buyout materializes.

At the same time, AVCT is not compliant with the NASDAQ Minimum Value of Listed Securities (MVLS) requirement since the company had an MVLS of less than the required $35 million for 30 consecutive days. AVCT has until January 23, 2023 to regain compliance with this rule by maintaining a closing MVLS of at least $35 million for 10 consecutive days at least. In spite of these risks, AVCT stock could be an opportunity for major gains if the company is indeed bought out in the future.

As the company is struggling financially, AVCT stock is witnessing a growing short selling activity which could rally a short squeeze if investors are holding the stock. In the meantime, AVCT has a short interest rate of 25.9% and 38.7% of the float is shorted. Moreover, utilization rate is 100% and cost to borrow is increasing significantly with it currently at 115.9%. While a short squeeze may not occur, AVCT stock could be one to watch in light of its short data.

Looking into AVCT’s financials, the company witnessed a steep decline in assets as the company reported $33.5 million compared to $117.9 million in Q4 2021. This decline could be attributed to the company divesting its Computex division. However, AVCT’s cash balance also decreased substantially from $31.1 million to $13.1 million. With this in mind, this decline is mainly the result of the company paying off all of its debt following the sale of Computex. As a result, AVCT reduced its liabilities to $35.5 million compared to $117 million in Q4 last year.

As for revenues, AVCT reported $3.7 million which is a decline from the $4.9 million reported a year ago. Despite the revenue decline, AVCT managed to report a net income of $8.3 million thanks to the company reporting $33.5 million as a change in fair value of warrant liabilities. While the company’s financials are declining, AVCT could show better results in the coming quarters if Kandy continues witnessing high demand for its services.

AVCT stock is currently trading at $.46 and has supports at .4243, .3571, .3113, .24, and .132. Meanwhile, the stock shows resistances near .5088 and .6444. As the company is considering selling its business, AVCT stock has been trending upwards since the announcement – with the stock climbing more than 280%. With this in mind, AVCT could be poised for a pullback as investors could take profit which could send the stock near its support. In that case, bullish investors could add to their positions as the stock could soar if a buyout materializes. Meanwhile, AVCT’s growing short data is a catalyst to watch as a short squeeze could occur with enough buying pressure which could send the stock on a parabolic run.

With investors anticipating a buyout, accumulation is trending upwards and the MACD is bullish, however, it appears to be approaching a crossover. The RSI is holding at 69 indicating that AVCT stock is overbought at the moment. In light of this, bullish investors could wait for these indicators to reset before buying shares of AVCT stock. As for its share structure, AVCT has an OS of 140.3 and a float of 93.4 million.

While the company is in a poor financial position at the moment, AVCT stock could be an opportunity to realize gains for many investors. After sharing that it is considering a buyout, AVCT stock soared more than 280% this week thanks to the potential of a future buyout. As buyouts usually include the acquiring company buying the target’s shares at a substantial premium, many investors are holding AVCT stock in anticipation of a buyout to materialize.

Despite this, AVCT could be a promising investment thanks to its platform – Kandy. With partnerships with industry leaders like AT&T and IBM, the company could be poised to attract more users to its platform. With this in mind, Kandy was able to increase its users by 550% in 2021 to reach 421 thousand users. For this reason, Kandy could position AVCT for financial growth in the future. Meanwhile, AVCT is witnessing a high short interest rate which could signal a short squeeze if investors continue accumulating the stock. In light of this, AVCT stock could be one to watch over the coming weeks as it could soar.

If you have questions about AVCT stock and where it could be heading next feel free to reach out to us in our free alerts room! 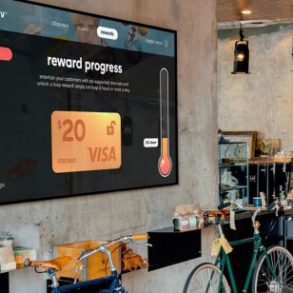 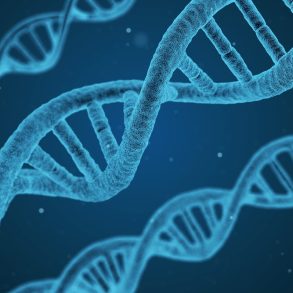 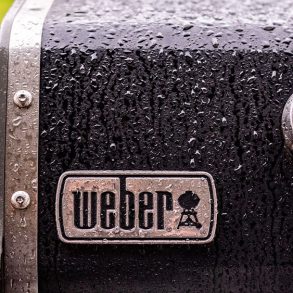