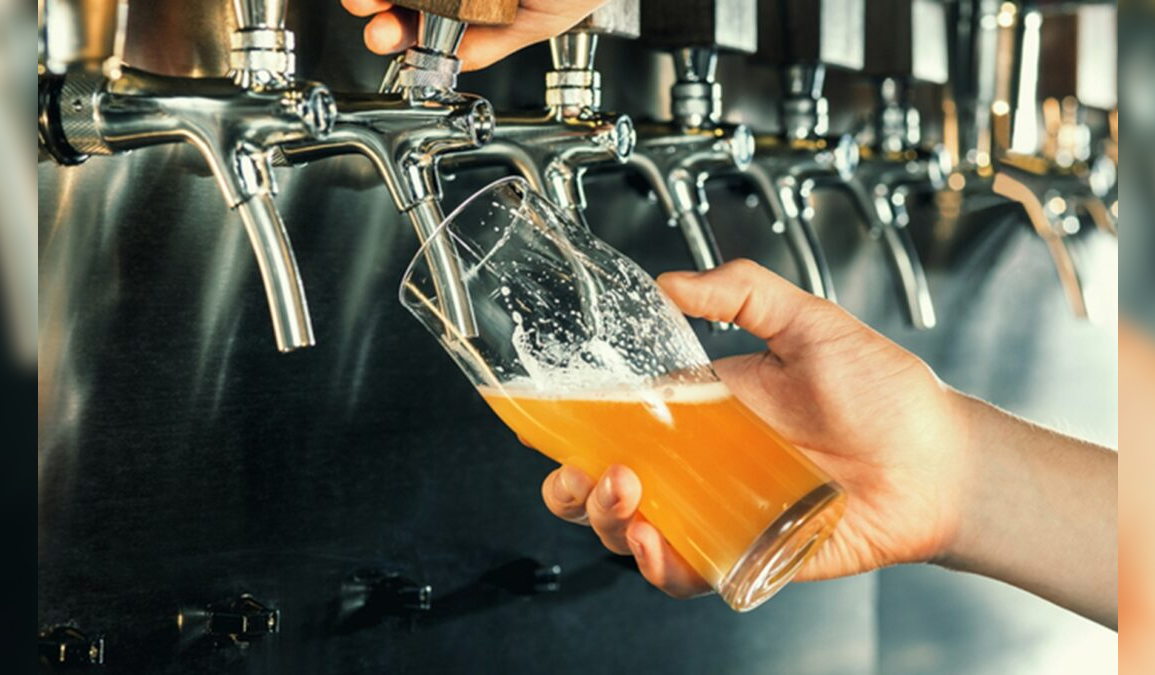 As anticipation brews ahead of its first line of craft beer launch, BrewBilt Brewing Co. (OTC: BRBL) is quickly becoming among the most promising beer stocks. As an independent craft beer manufacturer, BRBL is known for offering a lineup of craft ales and lagers as well as contract and white-label brewing services. Although the stock is currently trading at a dip, investors are bullish on its potential to become one of the best beer stocks in the market with this upcoming launch.

In light of its operations through its two wholly-owned subsidiaries – Satel Group Inc. and BrewBilt Brewing LLC., BRBL could be well-positioned for major growth in 2022. As a premier DirecTV provider, Satel Group will allow the company to capitalize on DirecTV and internet services in high-rise apartments, and large commercial office buildings across the lucrative San Francisco Bay area.

By utilizing revenues from its Satel Group subsidiary, BRBL is now venturing into the beer industry through its other subsidiary – BrewBilt Brewing LLC. Upon completing its corporate restructure and beer manufacturer license application, BRBL is well-positioned to produce and distribute commercial craft beer in its new high-tech brewing facility in Northern California.

Capitalizing on the increase in demand for American craft beers among 20-30 year olds in Europe, BRBL has recently begun brewing its craft beer recipes in test batches. CEO Jef Lewis is bullish that the company’s products “will be met with favorable demand from European consumers.” As it prepares for initial sales before the end of Q1, BRBL is now “brewing test batches of its first craft beer, a Kolsch-style ale, and preparing to contract brew for a variety of small and large companies”.

Given its impressive production levels of 50 cans per minute, BRBL’s 6000 ft facility is projecting $1.2 million in craft beer sales annually. Even though the company is yet to disclose its progress on the project, investors remain bullish on its growth potential. To capitalize on its success, the company is planning to construct an additional 150,000 square ft facility with a tap room. With two thirds of its production volume focused on craft lagers and one third focused on ales, the second facility is well-positioned to generate $30 million in revenues from its beer sales only – excluding revenues generated from the tap room or merchandise sales.

This growth could be widely attributed to BRBL’s connection to major player – BrewBilt Manufacturing Inc. (OTC: BBRW). As an established leader in the beer sector, BBRW’s industry veterans have been handcrafting custom breweries and fermentation systems. It continues capitalizing on the resources and wide network of BBRW, the company is undergoing negotiations of an additional 35,000 square feet brewing facility which could potentially produce up to 35,000 beer barrels annually. Lewis is bullish this facility could facilitate BRLB’s expansions by selling beers “both domestically and in Europe.”

BRBL continues to penetrate the market by offering a unique line of ales and traditional European lagers. The company is also planning on providing contract brewing services to restaurants and bars in need of their own house beer or other breweries desiring additional capacity.

Given these efforts, BRBL has the potential to be among the top beer stocks. According to its latest quarterly report, the company has over $910 thousand in assets – a 377% YOY increase – as well as $286 thousand in net profits – a massive increase from its net loss of over $1.7 million in the year-ago period.

Beside its solid financial ground and promising operations in the brewing industry, BRBL also has a solid share structure. With a market cap of almost $700 thousand and a 240 million float, the company has 2 billion authorized shares and 251 million outstanding shares – out of which 244 million are unrestricted.

Investors @GeniusTrader777 and @Jcazz17 are excited to hold BRBL in anticipation that its new facility could position it among the best beer stocks.

Losing some of its momentum, BRBL is currently trading at $.0028 near its strong support of .0027. The stock shows a primary resistance near .0037 and a secondary resistance around .005. RSI has been heavily fluctuating over the past few weeks and is now holding at 35 indicating that the stock is slightly oversold. Following the same trend, the MACD is on a recent bearish crossover and accumulation has been steadily decreasing.

Although the charts are showing some negative signs, investors believe that this is a dip before the rip. Given its potential, BRBL might witness a major increase to trade at its May high of $.13 when the company starts selling its beers.

The company’s pivot to the lucrative beer industry could prove successful. As the industry is expected to tremendously grow becoming a $962 billion sector by 2026. Additionally, the company has revenues coming from its other subsidiary – Satel Group – that will support the launch of the beer products to the market.

Operating in two of the few industries that actually capitalize on pandemics and lockdowns, the company could be witnessing major growth as its catalysts play out this year. With all this in mind, the current dip price might be a good entry point for bullish investors because given its growth potential, BRBL could be positioned among the top beer stocks in 2022.

If you have questions about BRBL stock and where it could be heading next feel free to reach out to us in our free alerts room!