BTDG Stock is Shaping Up for a Knockout Punch 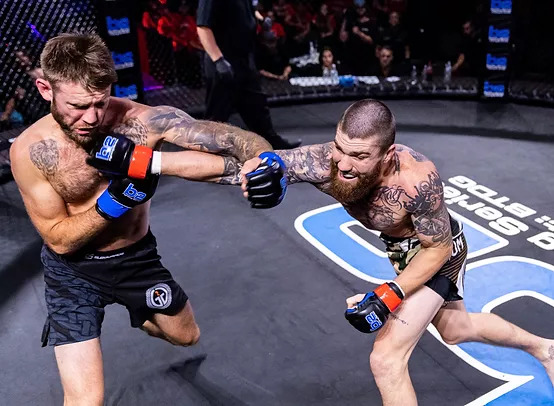 With a more than 500% year over year revenue growth in the last two quarters and a new weekend revenue record, B2Digital Incorporated (OTC: BTDG) is looking like a knockout stock.  A live event sports company with an extensive background in technology, entertainment and television, BTDG operates in the multibillion dollar MMA fighting industry. The company boasts multiple revenue streams which have positioned this stock as one of the best performing penny stocks financially. One of the most successful entertainment stocks, BTDG stock has seen an uptick following the financial success of its last two events.

Currently BTDG drives revenues from its two divisions – B2 Fighting Series and ONE More Gym Official B2 Training Facilities Network – through live event and pay-per-view tickets sales, gym memberships, and content media marketing. These revenue streams have proved very valuable for the company which reported that its year over year revenue growth last quarter was 386% – putting its quarterly revenue at $660,000. But it hopes to add additional revenue streams through endorsement deals with multiple global brands.

Meanwhile the B2 Fighting Series – BTDG’s live events division – is the company’s bread and butter. Focused on organizing, marketing, and producing MMA events, BTDG’s live events revenue grew 460% in November alone – a very good sign for the company. Currently, BTDG has a license to organize live MMA events in 12 states and typically hosts 40 events per year with plans to continue increasing this number.

Recently, the company set a weekend revenue record for its live MMA events, bringing in $56,320 over two events held back-to-back in Lexington, Kentucky. The majority of this revenue came from in-person ticket sales, making it the most successful weekend event in terms of both ticket sales and overall revenues.

As for ONE More Gym Official B2 Training Facilities Network – BTDG’s fitness facility division – it relies on gym memberships and is famous for its MMA training resources which the company cleverly uses as a recruiting opportunity for its live events division. The company naturally attracts some of the best fighters thanks to its history of sending fighters to the UFC but many competitors are also drawn to the brand due to UFC veteran – Chris Lytle.

Lytle initially joined the company’s advisory board in 2019 but has since gone on to become BTDG’s EVP for Fighter Relations and Development. Having fought in 20 UFC fights, Lytle is a highly decorated fighter and was a finalist on The Ultimate Fighter 4. A well respected, veteran of the sport, Lytle was awarded Fight of the Night 6 times and Submission of the Night 3 times throughout his career.

With this hard-won legacy attached to the brand, its no surprise BTDG’s One More Gyms have become so successful, generating more than $544,000 over the past two quarters. Based on the success of its five locations, BTDG is looking to capitalize on its brand by scaling up the division with 4 to 8 new facilities each year.

So it appears that BTDG is in a good position to continue scaling since 2021 has been a financially successful year for the company so far. The company is on track to double its year over year revenues by the end of this quarter and already had a 1,608% year over year growth rate in its live event revenues. Additionally, total gross profits increased 375% and the company’s total assets are valued at $3.8 million.

Commenting on this success BTDG’s CEO – Greg P. Bell – shared that the company continues to “see strong growth, logging our fifth straight quarter of double-digit topline expansion”. Bell was quick to point out that this success was not a result of post-pandemic reopenings, highlighting instead the “strategic and organic growth in our gym segment,” and how brand growth from its live events is “beginning to represent a tailwind for our gym segment.”

Targeting rapid growth for the company, BTDG’s CEO has put the company on track to expand its efforts in brand growth by increasing average revenues per-event as well as enhancing performance through acquisitions.  Considering that the digital live sports events industry is projected to reach 90 million viewers over the next 4 years, BTDG is well on its way to doubling its revenues per event.

As for acquisitions, BTDG is planning on taking over a number of MMA and other sports related companies to build an integrated premier league. A massive undertaking that could prove highly lucrative for BTDG and its brands, this league championship would host the top MMA fighters to compete annually – creating additional momentum and recognition for BTDG’s other events as well.

Investors like @budfoxfun appear bullish on BTDG following its end of year fight and its positive impact on the company’s quarterly revenue.

Currently trading at $.003 BTDG stock has a support at .0029 and a primary support at .0023. The stock’s resistance is at .0032 and the RSI has climbed to 59. The MACD had a bullish crossover to the upside although accumulation remains low.

BTDG stock shows a slight uptick possibly based on the success of the company’s end of year fight in Columbus, Georgia. Considering the stock’s positive indicators and rising RSI, BTDG stock could retest its resistance point at .0032 based on a positive revenue report from its last event.

Even in the face of macroeconomic headwinds and Covid-19 restrictions, BTDG has kept growing and executing its plans. The company is currently operating with a gross profit of $697 thousand which is a very bullish sign for the company’s future.

With BTDG’s plans for boosting profits through brand endorsements, acquisitions, new training facilities, and higher revenue events, the outlook for B2Digital Inc. in 2022 is very positive – especially considering the reopening effect. As more people attend events and go to gyms, this and other entertainment stocks could recover from backsliding and regain August’s high of $.006 in Q1 and Q2 of 2022.