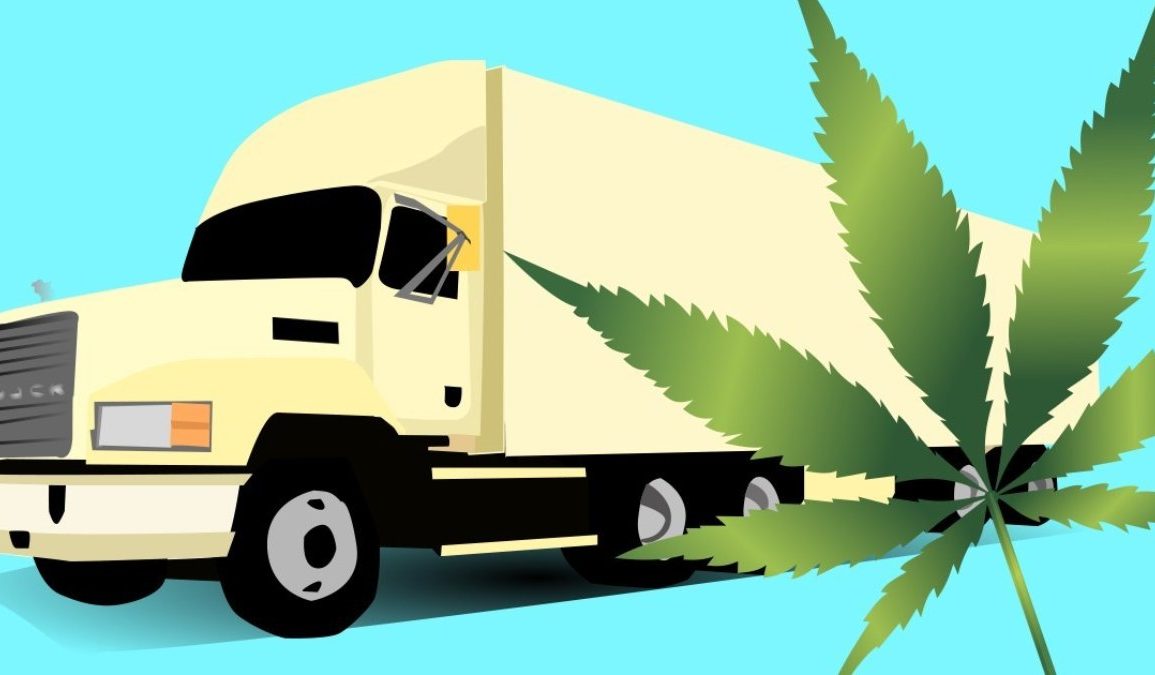 Following a 1,316% increase at the end of December, Cannagistics, Inc. (OTC: CNGT) became one of the most sought after cannabis penny stocks thanks to the addition of Jim Morrison – the former CEO and President of L’Oréal – to CNGT’s Board of Directors. A third party logistics company focused on supply chain management, reverse logistics, storage, and transportation, CNGT has begun developing technology platforms specific to the cannabis industry. With its low float, operations, and strong leadership, CNGT is well on its way to becoming one of the best cannabis penny stocks and has sustained a 318% increase in its PPS since the news of Jim Morrison’s appointment.

The company is currently operating warehousing for the first Canadian company licensed to sell cannabis – Mississauga. Additionally Global 3PL is designing a new, more advanced G3PL Engine with the goal of eventually becoming the best “practical freight management system in the marketplace”.

On the other hand, the Canadian subsidiary – Cannagistics, Inc. – is tapping into the rewarding cannabis industry. As the first Canadian company to obtain its bonded warehouse license for cannabis, Cannagistics is at the frontline of developing a new cannabis supply chain platform. This system will track products throughout their shelf life using just in time technology to provide a single point of access and offer information regarding regional laws affecting the product.

CNGT chose to enter the cannabis industry through the Canadian market, because Canada became the first industrialized country in the world to pass laws legalizing the use of recreational cannabis in 2018. This decision triggered a boom for the Cannabis industry triggered by other countries following Canada’s lead. Now, the industry is worth $28.266 billion and is projected to reach $197.74 billion by 2028.

In November, CNGT acquired Integrity Wellness Group, Inc., which has an impressive portfolio of FDA cleared, patented, and patent pending product lines. The company has a variety of products including pharmaceuticals, pain relievers, skincare, and nutraceuticals as well as agricultural and veterinary product lines.

In light of this, the decision to bring Jim Morrison – who oversaw L’Oréal for 9 years -to the company could be a pivotal one. As L’Oréal’s President, Morrison led a top-line growth average above 20% and worked with one of the most successful startups in hair care.  His knowledge of the different aspects personal care industry and distribution will no doubt be an asset for CNGT as it markets its line of products.

At present, CNGT has a FDA cleared formulation immune booster, a CBD oral strip that melts in the mouth, a high caffeine fast dissolving oral energy strip, as well as other health and wellness products. The company’s new CEO shared that he is “extremely excited to bring these groundbreaking products to the market” and added that his “experience and background, along with the years of contacts, allow me to capitalize on the relationships developed over the years to assist the Company.”

Adding to its already fruitful subsidiaries portfolio, CNGT signed a letter of intent (LOI) to acquire a ISO 9000 research and testing lab. This acquisition will help in the company’s long term growth plans, as it looks to enter markets in California, Florida, Las Vegas, Oregon, and Bogotá, Colombia. The company also shared its plans to establish a European presence through Poland – indicating its long-term plans to become a serious contender among cannabis penny stocks.

As CNGT puts it: “There are many companies shouting that they are an end to end logistics solution for the cannabis industry. They’re not. We are.”

According to the company’s filings, CNGT has $67 thousand in assets but CNGT is most well-known among investors for its low float. With a AS of 500 million and an OS of 266 million the stocks has a notably low float. Considering its market cap of only $1,838,330 – CNGT could be undervalued depending on the results Morrison is able to produce.

@JohnRSpano1 highlights why CNGT is one to keep an eye on with a float this low.

Investors like @emposered_succ are confident that CNGT’s products will bring revenue to the company soon enough.

Weeks after CNGT’s run up, the stock is still maintaining a large part of its new value. Currently, CNGT is trading at $.0069 with a support at .0066. The stock’s primary support rests near .0022 and it shows a resistance at .0131. The RSI is approaching oversold at 37 while the MACD is bearish. However, accumulation remains high.

Steady accumulation is a positive sign for shareholders who believe that CNGT’s $1.8 million market cap is significantly undervalued given the connections and experience Morrison brings to the company. This has helped CNGT maintain its new support at .0066 which might become the new floor with time.

CNGT has begun the process for uplisting to the OTCQB and appears to be making decisive moves to establish itself as one of the best cannabis penny stocks this quarter With a low float and solid management team, CNGT will likely move rapidly once a new catalyst is introduced. Considering that CNGT traded at five cents and more in 2021, the company could regain some of its value with time as it markets its product line.

If you have questions about CNGT stock and where it could be heading next feel free to reach out to us in our free alerts room!