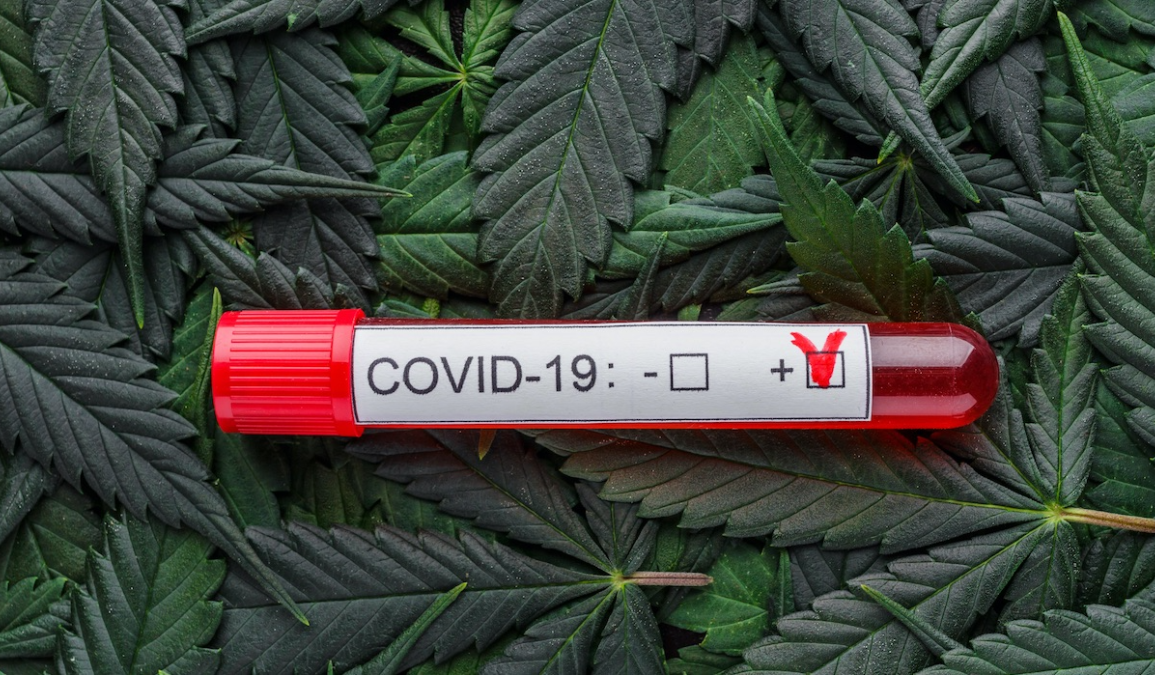 The world was stunned when studies published in the Journal of Nature Products showed that cannabis can potentially block the virus that causes Covid-19 and its variants from penetrating healthy human cells. As a result, cannabis stocks like Cannabis Global, Inc. (OTC: CBGL) gained attention. However, CBGL warrants long-term interest as a growing cannabis company developing and commercializing products for the industrial hemp and marijuana markets. Following a 95% spike over three days, CBGL stock has dropped to $.0063 but could soon retrace to its resistance once again.

A recent scientific study explored how hemp extracts have the potential to prevent and treat infection by SARS-CoV-2 which gave cannabis companies a boost as a potential treatment in fighting the pandemic’s affects.

As a company with an impressive portfolio of products and intellectual property, CBGL offers a range of products including one for storing, tracking and transporting cannabis called a “Comply Bag“. This product is unique because it meets government regulations for the transportation of cannabis since it shows whether the cannabis was tampered with during transport. This product has huge potential given the rapid expansion of the cannabis industry.

With this in mind, CBGL entered an agreement with Humboldt Bliss giving Humboldt the right to distribute the comply bag in Europe, the Caribbean and North and Central America. It also gives Humboldt the option of acquiring a 51% controlling interest in Ethos Technology LLC – CBGL’s subsidiary responsible for the development and distribution of the comply bag – for $4 million. This agreement could prove beneficial for CBGL in the long-run and is a bullish sign since Humboldt has previously partnered with NASDAQ companies.

Meanwhile, one of CBGL’s most successful subsidiaries – the California licensed cannabis manufacturer and distributor, Natural Plant Extract – has begun producing solventless cannabis concentrate to use in pre-rolls, edibles, and beverages. Compared to other manufacturers which use solvents such as propane, carbon dioxide, and butane, Natural Plant Extract’s extraction method is an appealing alternative. Ultimately, this method improves the products by preserving the original plant taste profile unlike typical methods.

On that note, CBGL’s CEO – Arman Tabatabaei – emphasized that “Consumers are increasingly turning to solvent-less products for three reasons: purity, taste and experience.” He went on to add that the company expects “continued growth in the marketplace as consumers increasingly gravitate toward these high quality products.”

In addition to other growth strategies, the company signed a non-binding letter of intent with Hub Craft LLC, and Active Health Foods, Inc. (OTC: AHFD) to establish a joint venture. This joint venture introduces new possibilities for CBGL as Hub Craft is a cannabis cultivation, manufacturing, and retail company while AHFD operates in the food and beverages industry as well as the NFT sphere.

As an exclusive distributor of a wide range of products including TRUTH34, Emma & Clyde, Payton’s Place, and Freeway Rick Ross, Hub Craft originally caught CBGL’s due to its position in Massachusetts’s market. With a cultivation limit of 100 thousand square feet, the state’s cannabis market has no dominating companies and prices remain robust compared to the recent price drop on the west coast. Additionally, with almost 32 million residents across the state and surrounding areas – which have limited access to recreational cannabis – the state represents the second largest US cannabis market after California.

Therefore this joint venture has considerable potential. Currently, the companies are forming a California joint venture corporation with a license to introduce all of Hbu Craft’s brands, technologies, and products to California’s cannabis market.

According to CBGL, the joint venture will offer brands developed by high-profile celebrities such as: Payton’s Place by NBA star Gary Payton, Freeway Cannabis by Rick Ross, TRUTH34 via NBA legend Paul Pierce, and Emma & Clyde from Whoopi Goldberg. The joint venture will also have the option to acquire 51% controlling rights of Hub Craft for $15 million anytime during the nine months following the joint venture’s start.

CBGL is also diversifying into psychedelic mushrooms and entheogenic plants through a research and development program that is exploring methods of infusing their active ingredients into food and beverages. For the extraction process, the company plans to use water and food grade ethanol instead of solvents to meet the high testing standards of the state of California.

CBGL has already announced some success in this area which means the company could capitalize on this process if Senator Scott Wiener’s Bill 519 is passed. This legislation “which decriminalizes the possession and personal use of certain psychedelic drugs” could potentially open a market in which CBGL would have a first mover advantage in.

As is, CBGL has over $11.5 million in assets and according to its most recent quarterly report the company is in a strong financial position to pursue its growth plans in these different arenas. Product sales have seen a roughly 125% Y-O-Y increase by quarter – growing from $4.5 thousand in 2020 to $569 thousand in 2021. The company also has an appealing share structure, with an AS of 2 billion and as OS of 346 million. With a low float of 86 million and market cap of $2.1 million – CBGL could be a long term hold considering its significant growth potential and plans for no reverse splits in 2022.

In light of its strong financials and upcoming catalysts, investors like @MoneyisFoReal believe CBGL is worth watching.

CBGL stock is currently trading at $.0063 with a resistance around .0106 and a secondary resistance near .008. It shows a primary support at .0053 as well. The RSI is approaching oversold at 39 and accumulation has continued increasing following its spike on January 11th. The MACD is currently bearish.

This indicates that the stock has gained attention from the scientific study, but is positioned to continue building on the momentum. The stock saw significant backsliding throughout 2021, and could regain some ground as it expands its prescence in the cannabis market through this joint venture.

CBGL stock has the potential to become one of the top growing penny stocks in the market thanks to its plans and financial position. The major increase in product sales is definitely a bullish sign for investors as is its diversification into the developing industries of psychedelics in California’s market could provide significant long-term growth if legislation is passed this session or next.

Although it’s operating at a net loss, the company’s gross profit for the quarter has increased 3,416% Y-O-Y. Its reported revenue has also jumped from approximately $27 thousand in 2020 to $1.6 million in 2021, which means 2022 could deliver even more financial success for CBGL moving forward.

If you have questions about CBGL stock and where it could be heading next feel free to reach out to us in our free alerts room!