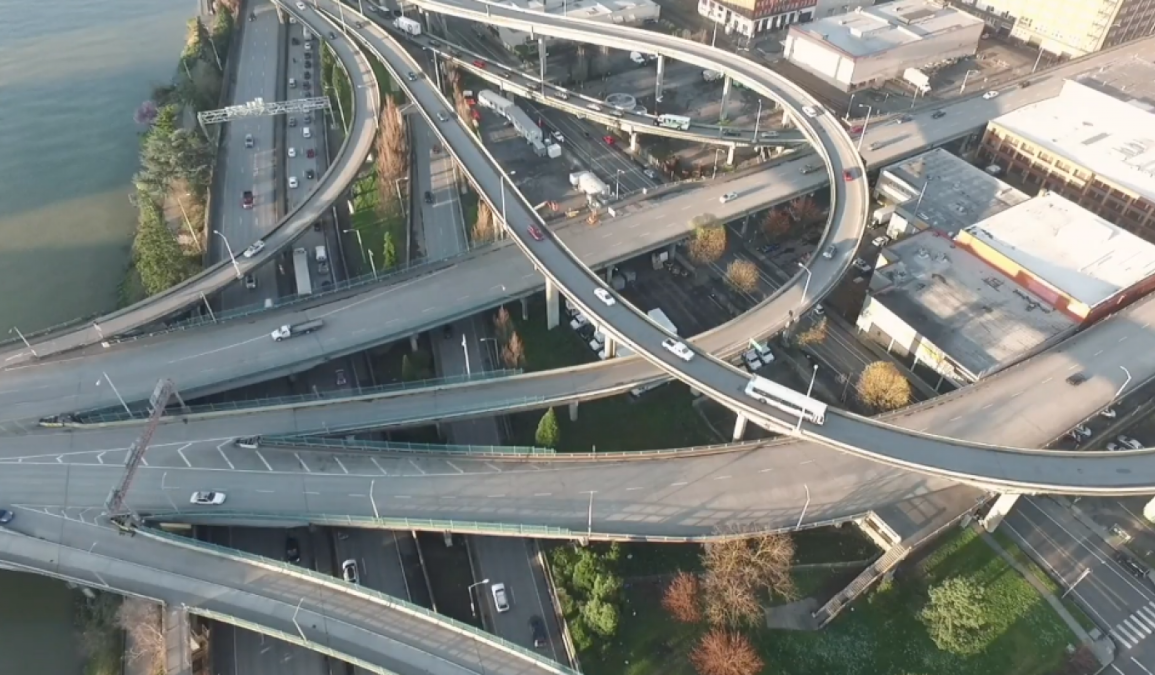 With the rise of smart cities and technology progressing at break-neck speeds, fiber-optic technology is increasingly in demand. Thankfully, DarkPulse, Inc. (OTC: DPLS) – a global leader in critical infrastructure solutions – has been revolutionizing this sector using its own patented fiber-sensor technology to make infrastructure safer and more reliable. Currently valued at $0.9 billion, the fiber optic industry is projected to reach $8 billion by 2026. With that in mind, DPLS stock has seen a significant increase in demand resulting in a 270% increase in the last two quarters. DPLS is a stock to watch as it sets out ambitious plans for global expansion and acquisitions.

DPLS is a leading technology-security company thanks to its patented BOTDA dark-pulse sensor technology. This technology provides a data stream of metrics for assessing changing temperatures, strains, and stresses. Standing out from its competition, DPLS offers the most dependable high resolution technology at low production costs. When it is applied to various types of infrastructure in oil and gas, security, pipeline, mining, and even aerospace sectors, DPLS’s technology can become an important tool for evaluating the structural safety of these incredibly expensive projects.

Earlier this year, DPLS finalized two Letters of Intent to acquire leading drone companies – Remote Intelligence and Wildlife Specialists. It also announced its acquisition of the drone company TerraData Unmanned which led to a further increase in stock value after an initial 500% increase in the days following its June 8th announcement.

Additionally, DarkPulse acquired Optilan – a leader in security and communications – for an aggregate purchase price of £4,000,000. Optilan will give DPLS access to new and emerging markets because of its operational presence in the Middle East, Turkey, India, and Azerbaijan. These acquisitions are promising according to the company’s COO because they will allow the company to “expand its system capabilities and open new service lines”.

Based on its acquisition of Optilan it appears DPLS is venturing further into the global market. The company’s CEO Dennis O’Leary, shared in a previous interview that as a result of market positions, the company’s Director for APAC and MENA regions will be transitioning to Dubai where he expects to have a market presence very soon. Considering Dubai’s ultra-modern smart cities, the move is not surprising and may point to more.

Piling onto its lists of projects, DPLS started a pilot project with the California Department of Transportation (CALTRANS) to monitor California’s bridges and roadbeds structural health. The company is also working on launching a system that will monitor changes in concrete temperature in real time to ensure infrastructure structural safety. DPLS is exploring other potential locations to implement its technologies in, with the aim of expanding to the global market.

The board of directors recently authorized a stocks repurchase program where the company can repurchase up to $15 million of the company’s outstanding shares over the next year to return value to its shareholders. This will be executed through open market purchases or private transactions and will be funded from DPLS’s cash on hand. However DPLS emphasized that it is under no obligation to acquire the whole number of shares and that the time frame might be adjusted or extended later on.

Recently, DPLS announced that the leading investor relation company – RedChip Companies – will be taking over the company’s investor relations efforts. On that note the company’s CEO – Dennis O’Leary – said “We look forward to a beneficial relationship that broadens our shareholder base and effectively communicates our story to the investment community.” The company also plans to introduce DPLS to institutional investment and private equity firms through investment roadshows and earnings calls starting this quarter.

In an effort to maintain transparency with shareholders, O’Leary was recently on an interview on twitter spaces to discuss the company’s achievements and future plans. Investors are bullish on this interview and the company’s effort to generate shareholder value. Back in January, DPLS announced ambitious plans for its subsidiary – Optilan – to pursue a NYSE listing via an IPO by mid-2022. If successful, this move is expected to increase Optilan’s value – as it will position the company for expansions into different markets.

Even though the company hasn’t disclosed much information regarding its uplisting plans, DPLS plans to list 20% of Optilan’s shares in the market. O’Leary believes the IPO “would provide a great opportunity for Optilan to grow in the infratech market”. He added that “the IPO will bring value to DPLS shareholders as the company itself moves towards an uplisting on a senior exchange”. With this in mind, investors are awaiting further details from the company and are bullish on the prospect of an uplisting.

Upon uplisting, Optilan will remain a subsidiary of DPLS and both companies will operate as strategic partners and will continue collaborating on projects – inevitably capitalizing on the rapid growth of the infrastructure technology sector. In fact, O’Leary believes “that an IPO would provide the greatest opportunity for Optilan to grow the infratech category and explore its own acquisition strategy”.

To protect shareholders’ interests, DPLS has defeated a Motion for Dispositive Relief – which was brought by a toxic securities lender seeking to dismiss the company’s claims of dealer registration violations. As a result, the company was awarded attorney fees – which are yet to be determined. Either way, investors remain bullish on the company’s effort to restore and generate value.

To further ensure shareholder value, the company recently filed a complaint against convertible note funder – EMA Financial LLC – to unwind unlawful stock transactions. O’Leary highlighted that “this complaint is the third case the company has filed against an alleged securities act violation”. O’Leary added that “shareholders have to know that the company continues to assess the stock’s performance, monitor social media, and will legally pursue all parties that may have damaged the company or its shareholders.” The company’s efforts are evident given that DPLS intends to take all court awards and issue them as a special dividend for shareholders.

To position itself for growth in the years ahead, the company recently executed a lease to move its National Headquarters to Houston, Texas. This strategic decision will position the company among other major industry players given that Houston is home to over 113 national oil and gas exploration, production, and renewable green energy firms. With this lease, the company is set to occupy 4,224 sq. ft. – in addition to its already existing 20 thousand sq. ft. electronics manufacturing and R&D facility in Tempe, Arizona. Both facilities will enable the company’s expansion across the country.

To ensure efficiency of operations, DPLS plans on relocating some of its UK corporate members including the Special Teams unit to Houston as a way of accelerating the company’s progress. Briefly after its Texas relocation announcement, DPLS announced a partnership with The Everglades Foundation – which is known for protecting and restoring America’s Everglades through science, advocacy, and education and envisions.

O’Leary highlights the pivotal role of The Everglades Foundation and “is proud to join the fight to restore these irreplaceable wetlands.” However, DPLS is not the only organization bullish on this partnership. The Foundation’s CEO – Eric Eikenberg – believes that “organizations like DPLS who share our belief in a sustainable Everglades are critical to our success, and we are grateful for their shared passion and support for the future of this vital ecosystem.”

As the company continues to expand and deliver on its mission, DPLS seems poised for growth in the months ahead. As of now, investors are waiting on updates regarding the company’s potentially lucrative California projects. If successful, shareholders could see major ROI – making DPLS stock a possibly profitable long-term investment.

@og_tigress is bullish on the management and their efforts to protect shareholders’ interests..

Witnessing a downward trend, DPLS stock is currently trading near its support at $.0616 and has a primary resistance around .0759 with a secondary resistance at .0877. Accumulation has been fluctuating but has remained steady overall. Meanwhile, the MACD is on a recent bearish crossover and the RSI is at 43 and continues to trend downwards.

Given the company’s plans to increase its exposure to institutional investment and private equity firms through investment roadshows across the country, DPLS may see a reversal in the coming days. Still trading above June’s average PPS, DPLS is currently dipping but may recover with updates on its California pilot project.

DPLS has acquisition plans and hopes to uplist to the OTCQB market, but its revenue as of its latest quarterly report is recorded as $3.5 million. However, its California pilot program could prove to be the breakthrough DPLS is looking for. If the company becomes a resource for CALTRANS, then the company could receive other projects from the state which will likely be updating its infrastructure thanks to the $1 trillion bill passed by Congress. DPLS’s stock repurchase program will also help ease dilution concerns although the company’s OS is only 5.1 billion out of an AS of 20 billion. Given its dip price, DPLS stock is trading near its strong support and investors could capitalize on a rebound.

If you have questions about DPLS stock and where it could be heading next feel free to reach out to us in our free alerts room!