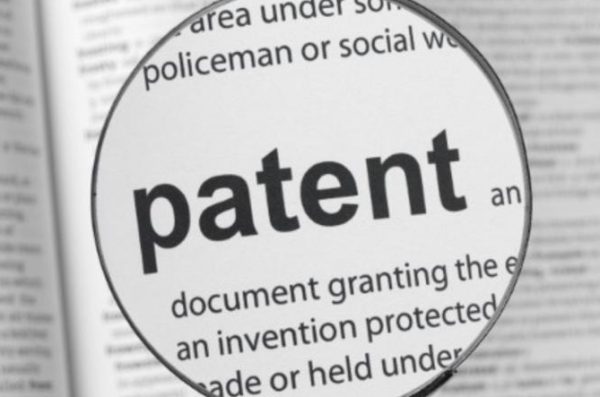 Enzolytics (OTC: ENZC) is a biotech company developing therapeutics targeting HIV and other diseases. However, the company’s technology has allowed it to identify the conserved sites on viruses such as Monkeypox, SARS-CoV-2, and HIV. With patent applications underway, I believe ENZC will become a buyout candidate with patent approval and therefore my ENZC stock forecast for 2022 is still bullish.

As a micro-cap company valued at $93.6 million, ENZC stock is prone to volatility and it is currently trading at a new 52 week low. Despite this, I believe ENZC is a speculative buy given its pending patent applications which could make it an acquisition target.

As of 2021, 38.4 million people were living with HIV worldwide and 650 thousand people died of HIV-related illnesses. ENZC is primarily focused on meeting this need by developing its two HIV treatments which, if approved, could take a share of the $30.46 billion market.

Its flagship treatment, ITV-1, is patented and clinically tested according to the requirements of the Bulgarian Drug Agency. The drug can be taken during the early stages of HIV infection or Acute HIV Infection when it is most treatable. According to Enzolytics, current anti-retroviral therapies cannot be taken during these early stages and have serious side effects. The fact that ITV-1 has limited side effects is one of its potential attractions.

While the market for HIV treatments is very competitive with more than 40 FDA approved HIV medicines, it’s important to note that patients on antiretroviral therapy take a combination of three HIV medicines from at least two different HIV drug classes every day at the start of their treatment. This means ITV-1 could easily be incorporated in patients’ treatment regimens if approved by the FDA.

I am expecting an update on ITV-1 soon since the company planned to schedule its toxicology study for June and plans to distribute the treatment to two African hospitals with the potential to treat as many as 30,000 patients in its follow-up. This should give investors a clearer timeline for ITV-1’s path to market.

As is, ENZC anticipates additional clinical trials to meet EMA and FDA requirements but given ITV-1’s earlier clinical trial conducted in accordance with EU guidelines I believe the treatment will be approved in due course. I am also confident that Dr. Lachezar Bogomilov Ivanov – ENZC’s Advisory Board member as well as a former member of the Bulgarian National Assembly and Parliament – will provide the necessary guidance for ITV-1’s clinical trials in accordance with EMA requirements.

ENZC’s second HIV treatment is its fully human monoclonal antibodies targeting and neutralizing the HIV virus. Known as CLONE 3, this antibody has been tested in five labs, demonstrating its ability to neutralize 95% of all strains and viral subtypes of HIV-1. The antibody is now in clinical trials and with regulatory approval could prove to be a non-toxic passive immunotherapy for people with HIV.

Unlike ARV therapy, it will not require lifetime treatment and should be applicable to all mutations of the virus. It can also be used as a therapeutic vaccine to prevent infection in uninfected populations.

A similar treatment to CLONE 3 was approved by the FDA and is marketed under the name Trogarzo with the generic name of Ibalizumab. As a non-immunosuppressive humanized monoclonal antibody, Trogarzo protects T-cells from the HIV virus by binding with its surface. Trogarzo is given to patients suffering from multi-drug resistant HIV because standard treatment combinations do not work on the virus. The treatment was approved after a phase III, single-group, open-label study and was considered by the FDA to be a first-in-class medication due to its novel mechanism of treatment.

Its success could have cleared a path forward for therapeutics like Enzolytics’ but this area of research has been developing quickly and its unclear when ENZC will be able to bring its treatment to market.

I believe that the market is currently overlooking the value of ENZC’s proprietary methodology for producing fully human monoclonal antibodies. This methodology produced CLONE 3 but can be applied to other infectious diseases as well. Given that viral escape is an obstacle to antiviral and vaccine development, I believe this methodology could be valuable to large drug development companies.

Viral escape is used to describe viruses’ ability to mutate and evade the human immune system causing infection. But even when it mutates the virus will keep some of its parts which form the conserved, immutable sites in its structure.

In a white paper with Intel, ENZC detailed how its Chief Medical Officer discovered a human cell line which produces a specific antibody targeting a conserved site on the viral envelope of the HIV virus. After discovering this sequence the company used its proprietary methodology to create broadly neutralizing monoclonal antibodies for the HIV virus.

Since then, ENZC has used AI to identify 7 other conserved sequences on the HIV virus as well as 19 conserved sequences across Coronavirus isolates. These sites on the virus can be used for detecting, treating, preventing, and reducing the risk of infection. Clearly, these immutable sites are valuable discoveries and the company has added to its portfolio by identifying immutable sites for 19 other viruses including the Monkeypox virus, rabies, influenza, tetanus, and diphtheria.

This technology can be used to help create monoclonal antibodies for novel viruses as they appear as well as for genomic surveillance and monitoring of viral epidemiology. While it may have been overlooked in the past, I believe the COVID-19 pandemic has brought to light the value of ENZC’s methodology.

Since ENZC’s treatments are still in development, the company’s value is largely dependent on its intellectual property. For this reason I am particularly interested in ENZC’s patent applications covering its discovery of conserved sites on a number of viruses.

The International Patent Office has since confirmed that its patent application for conserved sites on the HIV virus is novel and inventive. This means that ENZC would be able to patent the IP and claim exclusivity for 20 years in each member country. In light of this decision, I believe the long term ENZC stock forecast is looking brighter than before. While the PCT Patent Office has yet to render a decision, I am also confident that ENZC will be successful in its applications thanks to its methodology as well as the CEO’s expertise in this field.

After receiving his Juris Doctorate Degree from Cornell University, Charles S. Cotropia practiced as an intellectual property lawyer for over 43 years, representing clients from a range of areas including biotech. His specialization led him to handle cases related to patents, trademarks, and copyrights

In addition, the company has begun applying its technology to the production of therapeutics for veterinarian medicine and is seeking patent coverage for conserved sites identified on animal viruses such as: Feline Leukemia Virus, Feline Immunodeficiency Virus, Elephant Endotheliotropic Virus, Equine Infectious Anemia, and Koala Retrovirus.

With an experienced patent lawyer leading the company, it appears that ENZC will have expert advice as it navigates the patent application process. If ENZC is granted its patent application for the discovery of any number of these conserved sites then it will be able to profit from its intellectual property by developing a vaccine, licensing the rights to its discovery, or becoming an acquisition target.

However, there is no assurance that any of ENZC’s research will be successfully commercialized or that the company will be granted patents to the conserved sites discovered. Even if ENZC is granted a patent covering the identified conserved sites on the HV virus, significant time will need to be dedicated to developing and commercializing a product – likely necessitating an influx of capital as well.

Like most biotech companies, ENZC has no revenue which puts its operations at risk. However, the company raised $2.95 million through its sale of Preferred Stock in 2021. It also received $1 million in cash from a distribution agreement signed in 2021. Therefore the company believes it has sufficient funds to continue its operations until June 2023 or longer.

While the company believes it has enough cash runway to cover its expenses, research and development expenses could increase. It’s worth noting that there have not been any original issuances of ENZC shares since October 15, 2020, however there have been issuances of preferred shares. Although the company has no outstanding promissory, convertible notes or debt arrangements, additional expenses related to its preclinical and clinical trials could necessitate diluting shareholders in the future.

I believe that the breadth of ENZC’s discoveries of expectedly immutable conserved sites on some of the most common or most difficult to treat diseases is currently overlooked by the market. If ENZC is granted a patent for the conserved sites on an animal virus or human virus, then it could become the target of a much larger company working to develop a therapeutic for that market.

For example, Eli Lilly (LLY) acquired Protomer Technologies in July of 2021 for its proprietary peptide- and protein-engineering platform, Sanofi also acquired Translate Bio (TBIO) to further its use of MRNA in developing therapeutics and vaccines. There are countless other examples of small biotech companies being acquired on account of their intellectual property and research. Given that ENZC’s methodology is proprietary and seemingly capable of identifying the conserved sites on many common viruses, I believe that with patent approval ENZC will be valued at a market cap higher than $93.6 million based on the added value of this IP. For this reason my ENZC stock forecast for this year is still bullish despite the downtrend.

The views and opinions expressed here are those of the author and do not necessarily reflect the the official policy or position of Penny Stocks Today. Any content provided by contributing writers are of their opinion and should not be taken as financial advice.