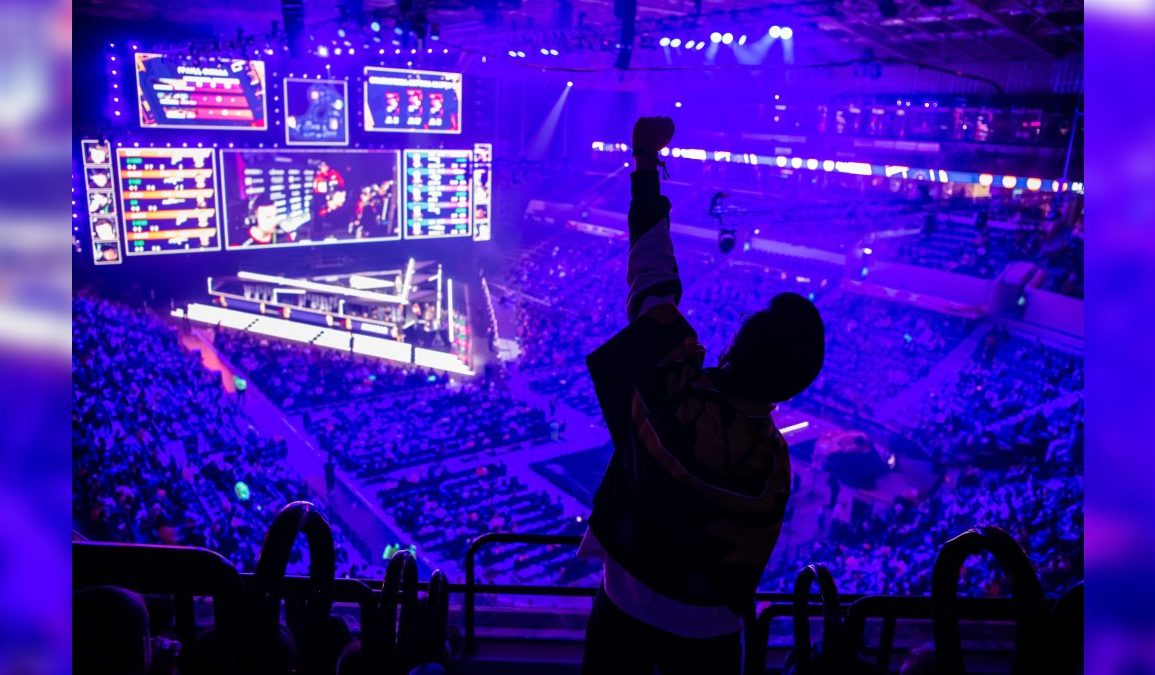 The advent of online gaming has taken the world by storm and nowhere is this shift from the physical to the digital more clear than in GTOOR Inc. (OTC: GTOR). A developmental stage company formerly acting as a developer of world class family entertainment complexes with an emphasis on youth travel sports, GTOR has since pivoted towards the lucrative eSports sector. Aiming to become a market leader, GTOR is one of the eSports stocks to watch as it invests in sponsoring top tier players, developing its platform, and new game development in addition to the sponsorship and ownership of tournaments.

Experiencing an unparalleled level of growth, eSports have grown from a global market valuation of $194 million in 2014 to $980 million by 2019. This 400% increase over five years suggests the industry’s potential for investment opportunities. Clearly, this is outstanding growth for a relatively niche market and stocks like GTOR could have an early mover advantage that cements its place in the US eSports market.

While GTOR’s entrance into the eSports market has been accomplished chiefly through its subsidiary – Shadow Gaming, Inc. – overall the company appears ready to pivot away from its former direction to focus on the eSports market instead. This decision led GTOR’s CEO and Chairman – John V Whitman Jr. – to announce the company’s name change in June to better reflect its new direction.

As is, GTOR’s subsidiary has successfully hosted countless eSports tournaments available to players around the globe. As the subsidiary progresses in its business model, the company plans on expanding further into game development, apparel, player agents, team sponsorships and more. This is intended to build on its Open Platform model which boosted the company’s revenue by facilitating its relationships with event organizers, membership fees, advertising opportunities, and ambassador programs.

The company’s weekly management reports definitely highlight the growth it has achieved so far with 25,000 unique twitch viewers and 15,000 discord members rounding off the month of November. In its last 4 tournaments GTOR had 1,800 players registered from its email pool of 20,000 players.

Over the course of 120 events, GTOR had 29,899 registered players, 14,175 Discord users, and 127,531 unique Twitch viewers – so its clear that 2021 has brought the company some significant growth. In light of this, GTOR has assured its investors that if it continues at its current growth rate of 1,000 player registrations per week, it could secure 780,000 registered players by the end of the fiscal year.

Consistency is clearly key, and GTOR’s constant offering of tournaments ranging from Pokemon Unite and Yu Gi Oh Duel Links to Apex Legends and Clash of Clans has attracted a loyal following. Despite its virtual setting, eSports thrive on the sense of community the competitive atmosphere brings and GTOR is ready to capitalize on this with a variety of branded merchandise.

With the goal of becoming a leader in the industry, GTOR has invested heavily in creating its very own gaming portal – GGToor.com – which is accelerating the company’s growth through subscription services targeted towards players, gamers, and tournament organizers. Through intensive competition research, GTOR continues to update its gaming portal so that it can solidify its niche in the country’s thriving eSports market.

But the company is already looking towards the future, as it actively scouts locations for indoor eSports arenas. With the goal of hosting major international gaming tournaments over the next few years, GTOR is diversifying its business interests across multiple platforms. Currently the company hopes to expand beyond its gaming portal into in-person gaming venues as well and expects that its soon to be released cryptocurrency – the “GGcoin” – will play a major role across its ventures.

The company is also planning on operating in the high tech data management business through a number of subsidiaries. Whether its data management venture will work in combination with its Shadow Gaming subsidiary or focus on supporting other businesses is not clear, but this interest clearly demonstrates GTOR’s foresight as data will feature heavily in the intersection of esports gaming and monetization.

While GTOR’s management team does not boast a wealth of eSports experience, its CEO is the former founder, director and president of Stampede Worldwide, Inc. which was listed on the OTC in 1997 before becoming one of the top ten volume leaders on the market. Over a period of five years, Stampede held its top ten spot and reached an all-time-high of $3.41 per share under Whitman’s management. At its peak, the company had 132 employees and 4 subsidiaries which is an indication of what GTOR may achieve.

But an esports company won’t get very far without bringing gamers’ perspectives to its business model, which is why GTOR has formed an advisory council made up of gamers with expertise in various gaming platforms. Together they provide feedback on what services and products GTOR should target as well as merchandising opportunities for the Shadow Gaming brand.

This combined with the expertise Miguel Munoz brings to the company as its Senior Technical Adviser has positioned Shadow Gaming to meet the needs and wants of its growing gamer audience. The former General Manager of Smart Games International – an entertainment and gaming company – Munoz took the company to the next level before opening his own branch. Now advising GTOR, Munoz and the advisory board have the combined insights necessary to continue growing Shadow Gaming’s presence in the eSports industry.

While the overhead costs of GTOR’s gaming platform are likely low, the eSports industry offers numerous revenue streams in addition to merchandise. In fact, 75% of the industry’s predicted $1 billion global revenues come from the sale of acquisition rights and sponsorship. Ticket fees, advertisements, vendor sales, and subscriptions are some of the other revenue streams GTOR can take advantage of. But the company already seems to have an effective subscription service in place which allows players to access its tournaments for a range of price options.

Currently, GTOR is exploring many possibilities which could open the door to numerous revenue streams and if it reinvests in its own facilities and products, GTOR could firmly establish itself in the US’s lucrative eSports market. Considering that eSports have often been overlooked as an investment opportunity by traditional investors, GTOR could be a potential game changer.

Investors like @BullshornF have taken notice of GTOR’s recent activity as volume pours in to move eSports stocks like GTOR.

Currently trading at its weak support near $.023, GTOR shows a resistance at .0269 and .031. Its RSI is nearing oversold at 42 and accumulation is trending down. The MACD appears poised for a bullish crossover.

Based on these indicators, investors bullish on eSports stocks like GTOR can find a suitable entry point here as the stock potentially rebounds from its support.

GTOR’s platform has a growing number of registered players and appears to be heading in the right direction as the company invests in assets that can continue expanding its audience. With plans to operate multiple subsidiaries to facilitate its growth plans while also launching its own cryptocurrency, its clear GTOR is one of the eSports stocks on the move.

GTOR also has a float of only 37 million which could make it a popular investment since low float stocks have the  potential for major price action. With this in mind, if positive news comes from the company then investors could make hefty gains.

In the meantime, GTOR is making significant progress as the company plans to uplist to the OTCQB and launch its own cryptocurrency – the “GGcoin”. As these catalysts play out and the company continues to grow its online community, GTOR could see a return to September’s high of $.14.

Considering that this sector is often overlooked as an investment opportunity and the head start GTOR is getting over its competitors by continuously adapting its gaming platform, this company may be worth a second look.

If you have questions about GTOR stock and where it could be heading next feel free to reach out to us in our free alerts room!