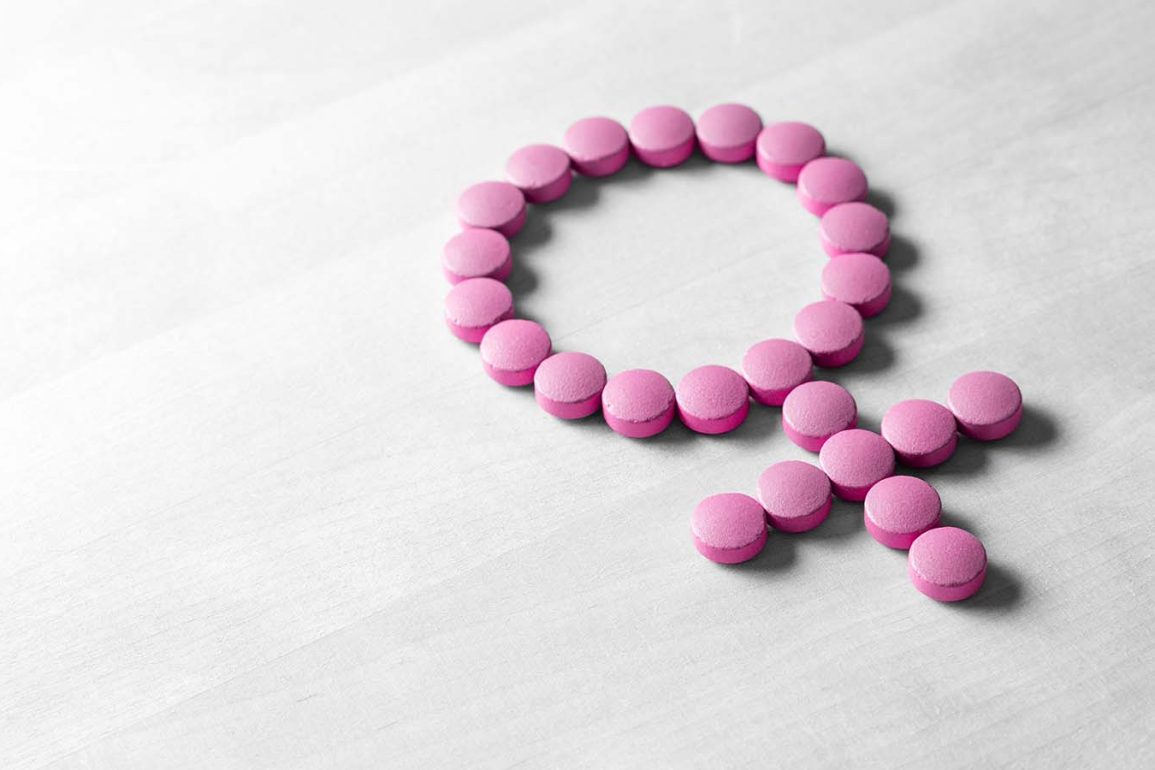 Evofem Biosciences, Inc. (NASDAQ: EVFM) is aiming to revolutionize women’s healthcare by offering its one-of-a-kind hormone-free contraceptive. Following the Supreme Court’s ruling to overturn Roe v. Wade – restricting abortion rights, EVFM stock landed on many investors’ watchlist thanks to the increased demand for contraceptives – leading EVFM to soar 300%. With STI prevention products in clinical trials under its umbrella, many investors are bullish EVFM stock could be a profitable long-term hold.

Launched in 2020, Phexxi is the first and only FDA approved hormone-free contraceptive in the market. Based on this, Phexxi has a major competitive advantage since it is not associated with side effects like depression and mood swings like other contraceptives. Moreover, Phexxi is 93% effective at preventing pregnancy when used as directed by healthcare providers. In light of this, many investors are bullish on EVFM’s future prospects since the company has no competition in this market.

Considering Phexxi’s potential to become a major product in the contraceptive market, EVFM has been working to protect its flagship product by covering it with 40 patents. On that note, EVFM was recently issued a patent from the USPTO covering the composition of matter of Phexxi until 2033 at least. Through this patent, EVFM is cementing its position as the sole provider of such a product. Based on this, EVFM stock could have long-term value as the demand for Phexxi continues to rise.

With this in mind, EVFM is exploring partnerships to expand Phexxi’s offering into new global markets. Delivering on this, EVFM selected Bora Pharmaceuticals Services Inc to become its new contract manufacturing organization with the aim of manufacturing Phexxi globally. Based on this agreement, EVFM expects to reduce its costs by 45% – enabling the company to improve its gross margin. Bora is expected to begin manufacturing Phexxi in Q4 where it will initially target countries considering formally approving Phexxi for pregnancy prevention including Mexico and Nigeria. In light of this, EVFM stock could be one to hold this year as this global expansion starts to take place.

Meanwhile, EVFM agreed with a major pharmacy benefit manager (PBM) to ensure that women covered with their plan can fill their Phexxi prescriptions without restrictions. Since this PBM removed its prior authorization process, EVFM projects to save almost $1 million annually. At the same time, agreeing with this PBM could boost EVFM’s revenues since Phexxi would be available to more women seeking the company’s contraceptive.

With the company looking to reduce its operating costs in its latest deals, EVFM received major news from the FDA as Phexxi’s shelf life was extended from three to four years. In light of this extension, EVFM can now pursue growth opportunities for the global licensing of Phexxi while improving the company’s ability to manage its inventory. As the company is seeking to expand its product, EVFM stock could be poised for substantial growth once the company’s growth plans come to fruition.

Another major catalyst for EVFM stock is the Supreme Court’s recent ruling overturning Roe v Wade – ending the constitutional right to abortion. As each state is now responsible for setting its own abortion laws, several states decided to ban abortion following this ruling. As a result, the demand for contraceptives has been surging in these states due to women looking to prevent pregnancy. Given Phexxi’s effectiveness in preventing pregnancy, EVFM could be poised for a major surge in its revenues for the foreseeable future.

As well as offering Phexxi, EVFM’s pipeline includes a number of programs under development. One of these programs is EVO100 which is being developed for the prevention of two STIs – chlamydia and gonorrhea.Given that there are more than 1 million STI cases worldwide every day, women are at a high risk of contracting an STI. Meanwhile, chlamydia and gonorrhea are responsible for more than a third of pelvic inflammatory disease cases. Since PID can cause problems like infertility, ectopic pregnancy, and chronic pelvic pain, EVO100 could be a long-term solution to these problems.

To develop this program, EVFM started EVOGUARD phase 3 clinical trial in 2020 to study the efficacy and safety of EVO100 in preventing chlamydia and gonorrhea in women. Given the significance of this program, the FDA granted EVO100 fast track designation to accelerate the development of this revolutionary product. Moreover, EVO100 was designated as a Qualified Infectious Disease Product (QIDP) by the FDA. In light of this designation, EVFM could be qualified to exclusively market EVO100 for 5 additional years. Based on this, EVFM could be well-positioned to become a major player in the women healthcare market.

Given that the company expects to release its study results later this year, many investors are watching EVFM stock closely in anticipation. If these results are positive, EVO100 could be on the right track for an FDA approval. With this in mind, EVO100 could be the first prescription product approved to address the underserved market for such a product if it is approved by the FDA. In light of this, EVFM could emerge as a buyout candidate by a major pharma company since EVO100 could revolutionize the women healthcare market. In that case, EVFM stock could potentially skyrocket to new highs.

In addition, EVFM is developing EVO200 – a vaginal pH modulator – to prevent recurrent Bacterial Vaginosis. Currently in phase 1 of trials, EVO200 showed in a trial its ability to reduce vaginal pH for seven days after a single administration. For this reason, the FDA awarded EVO200 a QIDP designation. In light of this, EVFM stock could be a valuable long-term investment as its products have major potential in the women healthcare market.

At the same time, EVFM’s pipeline has a Multipurpose Prevention Technology (MPT) aiming for the prevention of HIV in women. To develop this product, EVFM is collaborating with Orion Biotechnology to assess the compatibility and stability of Orion’s novel CCR5 antagonist – OB-002 – in Phexxi. If the results are encouraging, EVFM and Orion will seek funding to facilitate the clinical trials of this product. With the testing results expected to be released this quarter, EVFM stock could soar on positive findings.

According to its Q1 report, EVFM’s assets declined to $34.5 million compared to $42.5 million in the previous quarter. At the same time, EVFM’s liabilities climbed from $142 million in Q4 to $158.5 million. Meanwhile, EVFM’s revenues increased significantly to $4.2 million from $1.1 million a year ago. On top of that, EVFM reduced its operating costs from $45.9 million to $33.1 million. In light of this, EVFM improved its net loss to $31.8 million compared to $46.1 million in the same year ago period. Considering the rising demand for contraceptives following the overturn of Roe v. Wade, EVFM could be set to witness much higher revenues in the coming quarters.

@BMoeBlessed is excited over EVFM stock’s recent run past $1.5.

@Trogdaddy is bullish EVFM stock could run today based on its chart.

EVFM stock is currently trading at $1.25 and has supports at 1.02 and .81. It also shows resistances near 1.29, 1.5, and 2.39. With contraceptive stocks gaining momentum following the overturn of Roe v. Wade, EVFM stock benefited the most from this increased attention – leading the stock to climb more than 300% since the Supreme Court’s ruling. With this in mind, EVFM stock could be positioned to continue this run since more states are looking to ban abortion.

Accumulation is currently in a downtick after the stock briefly broke through $1.5. Similarly, the MACD recently turned bearish after a crossover. Meanwhile, the RSI cooled off from 71 to 51. Since these indicators appear to be resetting, EVFM stock could be set to run in the short-term. As is, EVFM has an OS of 35.5 million and a float of 34.3 million.

Considering the recent surge in women’s health stocks, EVFM has been at the forefront of this run thanks to its revolutionary contraceptive – Phexxi. With this in mind, Phexxi could be positioning EVFM for long-term growth since several states are expected to ban abortion after Roe v. Wade was overturned. Based on this, the demand for Phexxi could rise significantly given that it is the first and only FDA approved hormone-free contraceptive.

At the same time, EVFM is aiming to improve women’s sexual and reproductive health since the company is developing a number of products in its pipeline. The most anticipated product is EVO100 which is currently in phase 3 of clinical trials. As this product has the potential to prevent chlamydia and gonorrhea in women, EVO100 could position EVFM as a leader in the women’s health sector. Since the results of EVO100’s trial are expected to be released later this year, EVFM stock could be one to hold in anticipation. With this in mind, EVFM could emerge as a buyout candidate if EVO100’s trial results are positive.

If you have questions about EVFM stock and where it could be heading next feel free to reach out to us in our free alerts room! 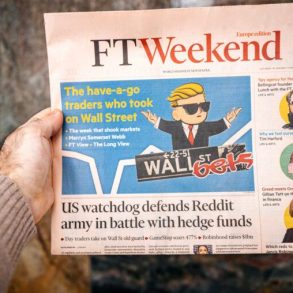 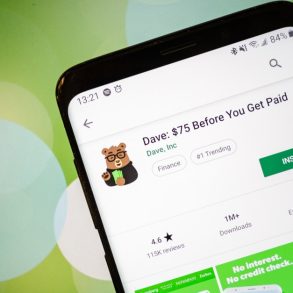