IFXY Stock – Acquisitions Around The Corner 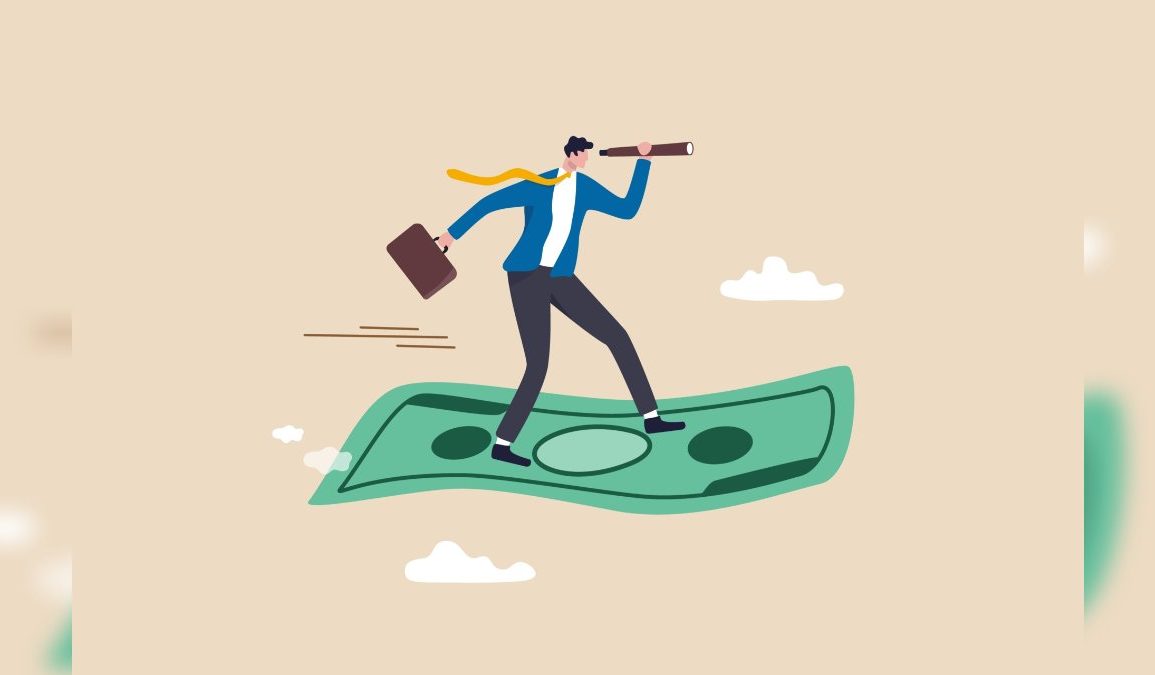 Infrax Systems Inc. (OTC: IFXY) is a brand incubator that aims to build a portfolio of product microbrands – to develop new sales channels and increase revenues. After closing the acquisition of Mi Pulpe, IFXY appears to be on track to achieve financial growth in the future thanks to Mi Pulpe’s revenues. Meanwhile, many investors are watching IFXY stock closely as the company is promising to share new updates over the coming weeks. In light of this, IFXY stock could be one to hold in anticipation of the updates.

Last January, many investors became excited after IFXY revealed its plans to make additions to its board of directors. At the same time, the company promised its investors that it will introduce the company’s plans over the next few weeks.

In light of this, the company announced that it has reached an agreement to bring in a new member for its board of directors. However, many investors are eagerly anticipating an update regarding the company’s promise to add new assets and revenues to the balance sheet.

On that note, IFXY shared that it is naming its new president soon – who is expected to bring a number of his existing companies under IFXY’s umbrella. While the new president is still unknown, many investors are anticipating his appointment will bring significant value to the company in terms of assets and revenues.

As promised, IFXY announced it would be finalizing an acquisition on March 10th and while details regarding the acquisition have yet to be revealed – an update from IFXY confirmed that it has submitted an update to the OTC for its change of control. Its new president and acquisition targets are expected to be announced following this update through a press release.

But what has attracted most investors’ attention is the company’s announcement that “revenues for the first company coming in easily surpass our current market cap”. At the time, the market cap was $18 million which means the reverse merger target is expected to have over $18 million in revenues. As a result, many investors are bullish on the potential of IFXY stock as the reverse merger will make the company undervalued at its current PPS.

Considering that the announcement of the new president is around the corner, IFXY stock has the potential for another run-up soon. With no debt or convertible notes and no plans for a reverse split or AS increase, many investors believe that IFXY stock is one to watch this week.

Delivering on its promise to appoint a new president, IFXY brought Jose Pineda into the company. With 20 years of experience starting and operating companies in the US and Central America, investors are anticipating an acquisition of one of Pineda’s companies.

Of Pineda’s companies, Mi Pulpe is the most profitable. As a US distributor of food and beverage products, Mi Pulpe imports popular products from Central America and offers them at a competitive price to consumers in the US. Given that the company is mainly catering to the growing Latin American population, Mi Pulpe has been extremely profitable – generating revenues of $22 million in 2021.

However, Pineda founded another successful business – Movitext – which could be a promising candidate as well. An A2P SMS aggregator, Movitext specializes in mobile marketing throughout Central America providing easy to integrate, bulk, 2-way communication for clients. With an impressive portfolio of partners including Hyundai, Honda, and Mountain Dew, many investors are bullish on the upside potential of IFXY stock under Pineda’s management.

While either of these companies would be impressive candidates, many investors are speculating that IFXY’s first acquisition will be Pineda’s Reme Enterprises platform – Toditito. Through Reme, Pineda is developing a web-based platform for Central Americans living in the US, Canada, and Europe which allows them to buy products and services for their families back home. Considering that remittances are very common and are only expected to grow after reaching $57.8 billion in 2019, this platform could fill a gap in the market.

By using Toditito, immigrants are able to ensure that these remittances are spent the way they envision by purchasing products, paying for housing, and providing auto repairs directly through their phone. Instead of charging immigrants or their families for this service, Toditito will receive 5% of the purchase price of any product or service from the vendors and service providers who will benefit from the added demand from customers abroad.

To develop this platform, Pineda is using the experience he gained from working at Moove for 10 years. During his tenure there, he helped the platform process billions of payments and transactions and hopes to apply his skillset to developing Toditito. Given its one of a kind services, Toditito has the potential to achieve Pineda’s vision of $83 million in revenues within 5 years.

Now, IFXY has investors at the edge of their seats with promises that announcements are coming soon. Many investors are bullish that if IFXY acquires Toditito – it could send IFXY stock to new highs.

After promising to close its first acquisition, IFXY previously entered into an agreement to acquire Pineda’s company Mi Pulpe. Distributing food and beverage products targeting the Latin American population, Mi Pulpe was able to generate $22 million in revenues in 2021. With this in mind, Pineda expects “ to double Mi Pulpe’s revenue run rate in the next 12-18 months through new credit facilities and investments that we are working on now”. Considering that Mi Pulpe already generates substantial revenues, IFXY could be one of the most profitable OTC companies upon the closing of this acquisition,

To facilitate this revenue growth, Mi Pulpe is expanding its product offerings to increase its share in the $900 billion food market. Based on its offerings, Mi Pulpe could be well-positioned to capitalize on the growing Hispanic population in the US which is expected to climb more than 50% in the next decade. As a result, Mi Pulpe could witness much increased demand for its offerings. With these plans in mind, IFXY stock could be one of the best value stocks to hold onto in the long-term as these plans come to fruition.

Although this acquisition was announced earlier, IFXY’s upcoming annual report will not reflect this acquisition. However, the acquisition will be reflected in IFXY’s Q1 financials. Based on this, IFXY’s shell badge could be removed from its OTC profile soon. In the meantime, IFXY developed a shortlist of potential acquisition targets to add under its umbrella following the closing of the Mi Pulpe acquisition. In light of this, IFXY plans to file a request with FINRA for a name and ticker change in the near future to reflect this new business direction. Given that the company has no plans for a reverse split or to increase its AS, IFXY stock could be a profitable long-term investment as the company moves forward with its strategy.

After months of anticipation, IFXY finally closed the acquisition of Mi Pulpe where the company wholly acquired Mi Pulpe from Alnost USA in exchange for 53% of IFXY’s voting rights. However, this transaction has been non-dilutive since it did not require the issuance of any shares – which is a bullish sign of the management’s interest in protecting shareholders’ value.

By acquiring Mi Pulpe, IFXY has the potential to become an extremely profitable company since Mi Pulpe realized $22 million in revenues in 2021. At the same time, Mi Pulpe is expanding its offerings to penetrate new market segments which could allow the company to realize more revenues in the future. In light of this, IFXY stock could be extremely undervalued at the moment considering its market cap of only $16 million.

With this in mind, IFXY intends to establish new credit facilities to allow Mi Pulpe double its revenues over the coming 12 – 18 months. Now that the acquisition is closed, IFXY promised to share additional updates regarding its business goals and plans over the coming weeks. In addition, the company intends to announce its new management team soon which could drive more growth for Mi Pulpe.

Meanwhile, IFXY is working to become a fully SEC reporting company and is in the process of selecting an auditing firm. In this way, the company expects to complete its audit within 12 months. In that case, IFXY could be well-positioned to pursue an uplisting to the OTCQB or a major exchange. Based on the company’s ambitious vision, IFXY stock has the potential to become a profitable long-term hold for many investors.

@linzy_long_hold is confident IFXY stock could soar on the anticipated updates.

IFXY stock is currently trading at $.0029 and has supports at .0028 and .0026. Meanwhile, the stock shows resistances near .0032, .0036, and .0040. As the company is preparing to release a number of updates about its operations and plans following the Mi Pulpe acquisition, IFXY stock is gaining investors’ attention as it could soar on positive updates. In the meantime, IFXY is trading near a strong support that has been holding recently. Based on this, bullish investors could find a good entry point on IFXY as it appears to be poised for a run in the near future.

Accumulation is witnessing a slight downtick at the moment following an upward trend and the MACD is bearish. Meanwhile, the RSI is holding at 46 which leaves enough room for the stock to run on high volume. In light of these indicators, adding shares of IFXY at the current PPS could prove to be a profitable decision. As is, IFXY has an OS of 5.5 billion and a float near 2 billion.

With a market cap of $16 million, many investors are bullish IFXY stock could be undervalued considering Mi Pulpe’s growing revenues. Now that the acquisition is closed, IFXY could be on track to become one of the most profitable OTC companies thanks to its plans to grow Mi Pulpe. With this in mind, IFXY stock is one to watch closely in the coming weeks as the company intends to share updates about its business goals and plans. Given that the company intends to acquire additional companies, IFXY stock could be one to hold onto for the long-term.

If you have questions about IFXY stock and where it could be heading next feel free to reach out to us in our free alerts room!