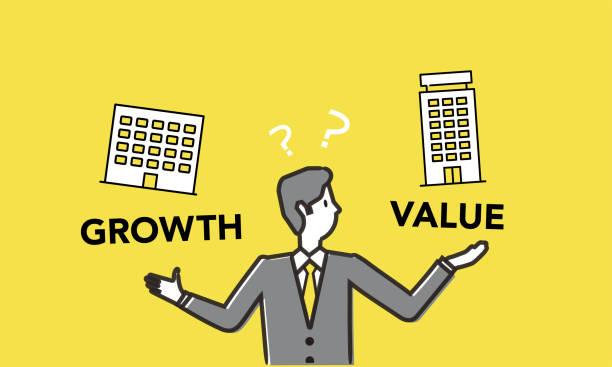 Focused on the rapidly growing Indie music market, Sanwire Corporation (OTC: SNWR) has been establishing its place in the music industry through its subsidiary’s entertainment technology services. As these services are targeted to both artists and labels, SNWR is well-positioned to take advantage of both sides of the industry. With experienced management and solid partnerships, SNWR has the potential to be one of the most undervalued stocks given its growth potential.

Turner is well-known for developing software businesses for more than 40 years and has several software patents with products like Skype. By combining Turner’s experience with the knowledge and networks in the music industry developed by Intercept’s founder Ralph Tashjian, Intercept has the potential to expand its services throughout the music industry. In light of this, SNWR could be one of the most undervalued stocks at its current PPS.

Considering that Turner’s experience is mainly in the technology sector, Turner has been adding music industry veterans to SNWR and Intercept to benefit from their industry experience. For this reason, SNWR recently appointed Anthony Daughtry to Intercept’s Board of Advisors. Daughtry is considered to be a major player in music promotion with decades of experience in the industry.

Throughout his career, Daughtry has helped several artists build their career including Eminem, Lil Wayne, and Notorious B.I.G. Moreover, Daughtry worked for industry leaders like Warner Brothers Records as a marketing and promotions innovator. At the same time, Daughtry started a number of successful promotion companies like Streetwise Promotions and Kingdom Marketing and Promotions.

Meanwhile, SNWR has been working on marketing its services to attract more indie artists and labels to its services. With this in mind, SNWR appointed David Miller as vice president of marketing. A veteran in the music industry, Miller adds decades of experience with major labels and some of the biggest artists in the world. Over the course of his career, Miller has led strategic commercial campaigns for large labels like Universal Music Group, RCA Records, as well as Capitol Records. These campaigns resulted in major sales for superstars like David Guetta, Sam Smith, and Katy Perry.

Despite his experience with major artists and labels, Miller has been focused on the indie scene thanks to his work as the head of digital music store strategy and business development for Black Box. In addition, Miller founded Frogtown music where he provided marketing, release, and distribution strategies to major indie artists and labels.

Through his new role with SNWR, Miller will help the company in implementing a marketing strategy, leading communications with indie label customers, and advising on future product development. In this way, SNWR expects Miller’s appointment will help the company acquire more indie labels and grow Intercept and its client base. Considering the number of successful and experienced professionals joining SNWR’s team, this could be one of the most undervalued stocks given the company’s technology.

As the company is looking to market its services to the 12 million indie artists trying to promote their music careers, SNWR selected Workhouse as Agency of Record for Intercept. Considered to be a leader in public relations, Workhouse will develop global promotional campaigns and launch strategies for Intercept. Workhouse has worked with world-class brands previously and has a track record of shining the spotlight on its clients’ services. Based on this partnership, SNWR has the potential to attract a wider userbase which could translate in higher revenues for the company.

Intercept has also partnered with the entertainer Method Man to launch its global digital distribution platform. A Grammy Award winner, Method Man started his career in the entertainment industry in the early 90s as a founder of the iconic Wu-Tang Clan.

Following his music career, Method Man appeared in several critically acclaimed TV shows like The Godfather of Harlem, Rodney in The Deuce, and Luke Cage. Method Man also appeared in a number of feature films including How High, The Cobbler, and Concrete Cowboys. It’s easy to see how the credibility and recognition Method Man’s participation brings to SNWR’s platform would lead to new opportunities for the platform further down the line.

With a market cap of only $7.6 million and low float of 143 million shares, SNWR stock could take off as the company’s strategic marketing plans help bring it to the forefront of entertainment technology services.

According to its Q1 report, SNWR has $1.7 million in assets including $102.8 thousand in cash on hand. The company reported $3.3 million in liabilities but realized $63.6 thousand in revenues for Q1. It’s revenues could show an uptick in the coming quarters as the company markets its suite of artist and label services this summer. This could also help cut down on SNWR’s net loss which amounted to $770 thousand for the quarter. Considering that the company is in its early growth stages, SNWR has the potential to report much better financials in the future as it continues developing Intercept.

SNWR saw a steep sell off in April which is reflected in its accumulation. However, the MACD is bullish to the upside and the RSI is at 57. Currently SNWR has an AS of 2 billion and an OS of 1.09 billion. However, 968 million of these shares are restricted leaving a float of only 143 million shares. The company’s OS has increased from 738 million shares in September of 2021 to 961 million shares in December of 2021, but this appears to be from its increasing number of restricted shares.

Given the company’s management’s experience in technology and the music industry, SNWR appears to be well-positioned for future growth as Intercept continues growing. With the company focused on increasing awareness of its services, SNWR’s appointment of Miller and Daughtry could prove to be beneficial for the company in the long-term thanks to their vast experience with major labels and artists. With this in mind, SNWR’s partnerships with Method Man and Workhouse have the potential to attract more indie artists and labels to Intercept’s services. For long-term investors bullish on the music industry’s shift towards independent marketing and distribution services, SNWR could be a promising long-term hold and could prove to be one of the most undervalued stocks at its current market cap.

If you have questions about SNWR stock and where it could be heading next feel free to reach out to us in our free alerts room!