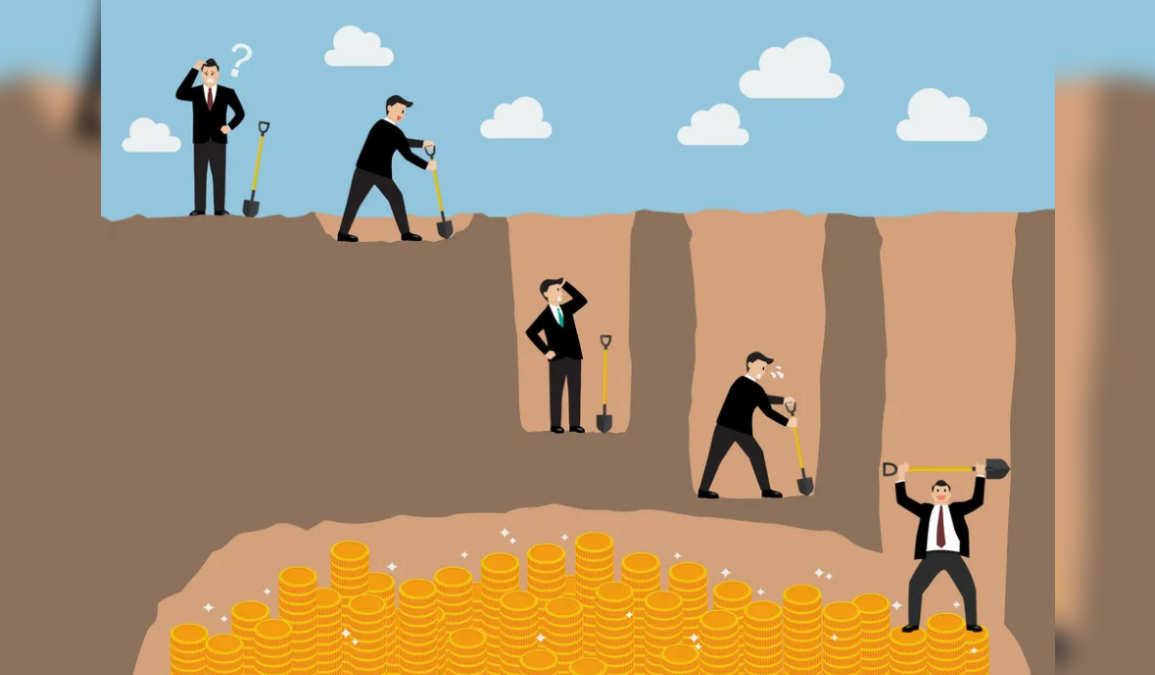 Max Sound Corporation (OTC: MAXD) provides solutions for audio, video, and data transmissions through its patented technologies. MAXD stock started climbing after the company shared its new venture in the mining industry. Since announcing this new venture, MAXD has cumulatively witnessed more than 1 billion in trading volume over the past few days. Considering the amount of minerals and metals found in the company’s project, MAXD stock is one to keep an eye on for more updates.

Looking to diversify its business, MAXD has been working over the past year to develop a new technology to venture into the mining industry. Through this new technology, MAXD entered into a partnership with Jose Ramirez (Nacho) to work on a new project as part of InGroundAssets.

InGroundAssets is a mapping databases enterprise for precious metals and mineral mapping. It promises to offer the world’s most accurate mineral findings soon. These findings are estimated according to current market demand to be “worth hundreds of trillions of dollars in tangible backed wealth”.

This technology is the result of research from top geoscientists who developed algorithms, that accurately identify and map the most valuable precious metals and minerals on earth. Its algorithmic data platform has already mapped accurate inventories of laboratory authenticated minerals with predictable harvesting values and availabilities.

This project dates back to December 2021, when MAXD announced it would be launching this database. It also shared that SGS Canada Inc. had completed an extensive NI 43-101 Technical Report of the geological setting and mineralization. This study revealed that the area where the two mines under the control of MAXD’s new partnership is located “is abundant with high value mineral deposits including copper and gold among many others.”

According to this partnership, Nacho will grant the company exclusive rights to specific holdings that Nacho owns or controls of certain InGroundAssets that are harvested in Mexico. In exchange, MAXD will provide Nacho with 300 million shares of MAXD stock, giving the company the rights to sell, market and distribute its assets according to the partnership. In addition, MAXD and Nacho will have a 50-50 split of after tax profits from the mining of lithium, rubidium, as well as other minerals and precious metals in the Cuitzeo Lake Project.

According to MAXD, this project is rich with precious metals. The company reported 190 million tons of magnesium, 1.2 million tons of lithium, 195 million KGs of rubidium, as well as other precious metals and minerals located at the site. All in all, the resources available in this project are estimated to be worth over $1 trillion – making this a potentially high value project.

However, the company’s CEO has stated that, “Although the company sees these huge values of existing minerals, it intends to not declare any value of these assets to the Company’s balance sheet until such time that the first cash receipts are received and appear in MAXD’s bank accounts.” In light of this, MAXD could be one to watch closely in the coming weeks for more updates.

Based on MAXD’s work with its audio brand MAX-D – which was tested by the hearing research center at the University of Florida Gainesville Blind Consumer Study – the company has introduced a new application.

Now venturing into the biometric industry using its voiceprint audio recognition technology, MAXD is using its patented technology to add a layer of protection utilizing its audio process to create a digital audio map voiceprint of the user’s voice. While there are other similar technologies in the market, MAXD’s voiceprint has a competitive advantage as it is virtually impossible to hack. In this way, MAXD’s technology is more secure and can be easily easily added to devices with a built-in mic.

With this in mind, the biometric industry has been growing rapidly due to the rise of blockchain technologies and crypto exchanges which have created the need for advanced and easy to use security systems. Since this technology does not require any modifications to devices, MAXD believes its biometric audio security technology can be used by all technology manufacturers and businesses.

As a result of both these ventures, MAXD has projected substantial growth in 2022 and beyond. Through InGroundAssets and its patented biometric technologies, MAXD projects $100 million in revenues for this year – mainly realized in Q4. For the coming years, the company expects to increase its revenues to $250 million in 2023 and $475 million in 2024. Based on these projections, MAXD stock could be worth watching.

MAXD’s CEO – Greg Halpern – shared that he and another investor hold the company’s debt in the form of convertible notes worth $11 million. Both noteholders are bound by a 13D, which limits them to selling only sell 1% in any 90-day period. Halpern also stated that neither party has “sold anything”.

On this note, the company did not issue any convertible notes in 2021 and the two debt holders agreed “to eliminate all of the moving conversion rights until the S.E.C rightfully enforces Regulation Sho to restore the Company’s equity stolen by Knight Securities and other bad market actors who continue unimpeded in their daily illegal naked short selling of the Company’s shares and in absolute and direct violation of the existing law”.

However, the company’s current obligations to issue shares upon conversion of its outstanding convertible notes, currently exceeds its unissued authorized shares. This could make the company subject to penalties and damages to the noteholders but considering the relationship between the noteholders and the company, this seems unlikely.

In terms of its financials, MAXD has $389 in assets consisting of cash only. Meanwhile the company reported a QOQ increase in its liabilities from $13.7 million to $14.1 million. MAXD reported no revenues in Q1 despite realizing $251 thousand a year ago and increased its operating costs to $130.2 thousand compared to $94.6 thousand. Despite this, MAXD reduced its net loss from $253.7 thousand to $250.7 thousand. While these numbers are underwhelming to many investors, MAXD’s ventures and recent revenue projections could signal financial growth in the company’s future.

The OTC detective, @PikachOTC has gone through MAXD’s 8k detailing the deal and is bullish

Currently trading at $.0008, MAXD stock has supports at .0007 and .0005. The stock also shows resistances at $.0010 and .0012. Following the company’s updates on its new ventures, MAXD has seen very high trading volume reaching as high as 378 million shares traded on June 7thas the stock surged 70%. With the company promising more updates soon, MAXD could retest its $.0012 resistance if the updates are encouraging but some are hoping the stock will hit March’s high of .018 on the news.

Given the stock’s recent run to $.0012, the MACD is extremely bearish and the RSI has cooled off significantly – dropping from overbought to 43. Meanwhile, accumulation is climbing thanks to MAXD’s strong revenue projections. Unless the company continues to release new updates to sustain momentum, MAXD may return to its support level near .0006 until the next catalyst.

Considering the company’s recent ventures into mining and biometrics, MAXD could realize revenue growth this year. As InGroundAssets is projected to have resources worth more than $1 trillion, MAXD’s partnership with Nacho is proving to be pivotal for the company’s long-term plans.

At the same time, MAXD’s patented biometric audio security technology could be positioning the company to provide its unique services to the underserved voice biometrics market. By venturing into these industries, the company expects to realize $825 million in revenues over the next three years which would be huge for an OTC company. With the company promising more news regarding its ventures soon, MAXD stock is one to watch in the coming weeks.

If you have questions about MAXD stock and where it could be heading next feel free to reach out to us in our free alerts room!