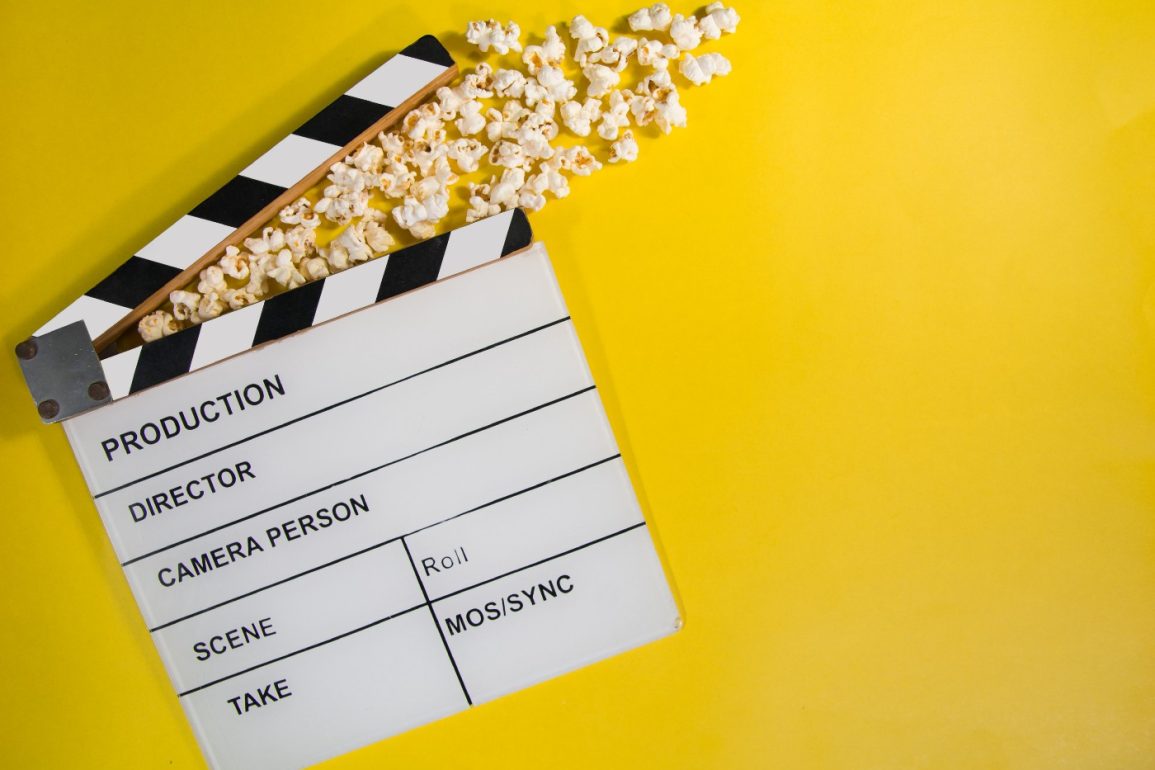 With ventures in a number of industries, NuGene International, Inc. / Livento Group LLC (OTC: NUGN) specializes in acquiring companies and projects with existing revenues to provide value to its shareholders. Since the company announced its reverse merger in March, NUGN stock has been landing on investors’ radars thanks to the company’s solid plans and lucrative ventures. With this in mind, NUGN operates a movie production company, a portfolio management AI, and has several real estate projects in Europe. Through these ventures, NUGN could be well-positioned for financial growth in the future. Meanwhile, the company is preparing for an IPO of a logistics company it holds a stake in this month – making NUGN stock one to watch closely in anticipation.

As the company’s main business focus, Boxo productions is a leading independent film and television production company that produces premium content across a variety of genres. Boxo operates as a producer and partners with industry renowned producers to introduce blockbuster movies starring some of Hollywood’s biggest stars. In this way, Boxo is able to achieve its vision of serving high value-added content to audiences while reducing the risk of movie failure. Through this vision, NUGN could be on track to realize major revenues in the future from this business venture.

With an aim of tripling its movie production annually, Boxo is planning to produce 6 movies in 2022 which have box office sales projections of $50 million each. The first movie in the company’s pipeline is “Wash Me In The River” featuring Robert De Niro, John Malkovich, and Quavo which is scheduled to be released in theaters this month. This Movie will then be distributed by Paramount Home Entertainment. Considering Paramount’s status as a leading distributor and the movie’s all-star cast, NUGN could be set to realize significant revenues from this movie upon its release.

Moreover, Boxo is working on another movie based on Stan Lee’s legendary comic book Carnival of Killers. As this movie is expected to garner major interest from audiences, NUGN appears to be on track for financial growth in the future. Additionally, Boxo is involved in the production of “Medieval” starring Michael Caine which will be released on September 9. With the company working to deliver on its promise of producing 6 movies in 2022, NUGN stock could be one set to soar this month.

As for its TV projects, Boxo is targeting projects that could allow it to capitalize on the growth of cloud providers and online streaming services like Netflix and Amazon Prime Video. With this in mind, NUGN is currently in negotiations regarding an upcoming TV series scheduled to air this month and promised to share more updates soon. As the company is ramping up its efforts to introduce new movies and TV series, NUGN appears to be set to deliver on its expectations of generating its first revenues from Boxo this November which could be a bullish sign of the subsidiary’s potential in this lucrative industry.

With this in mind, Boxo could be able to realize its full potential thanks to its experienced management team and their access to people and resources that could position the company for significant growth. This team has early access to scripts and new movie projects which allows the company to choose its projects before its competitors which is a major competitive advantage for the company. For this reason, many investors are bullish on NUGN stock’s upside potential after shifting its main focus to Boxo.

In addition to movie production, NUGN has developed a revolutionary AI-powered portfolio management system – Elisee. For 4 years, Elisee has a proven track record as it outperformed Dow Jones and S&P tracker funds. With this in mind, Elisee could be pivotal for asset managers and investors since it is able to process 1 TB of data in 1 hour – making the system 40% faster and more accurate than the market average. Elisee can also be used on other asset classes like commodities, portfolios of public companies, or currencies that investors hold.

Based on the system’s features, Elisee is garnering increased interest and is receiving more requests lately since the markets are witnessing extreme volatility at the moment. On that note, Elisee has been chosen to be live tested with a major German fund trading on the DAX exchange with assets under management worth more than 1 billion EUR. As this advanced system continues to receive additional interest, NUGN could be well-positioned for significant financial growth in the future – which could reflect on NUGN stock price.

Through its real estate division, NUGN prepares and packages real estate projects that are sold to developers and is mainly focused on the European residential market. Since the demand for residential units in Europe is high, this venture could further bolster NUGN’s revenues in the long-term. With this in mind, NUGN is currently focused on residential development projects in Prague – the second fastest growing city in the EU – and acquisitions of land in high potential locations to capitalize on this market. In light of these several ventures, NUGN stock has the potential to become a profitable long-term hold.

Meanwhile, NUGN stock is climbing investors’ watchlists thanks to the upcoming IPO of Euro Dot which NUGN holds a 15% stake in. As a logistics company, Euro Dot has major growth potential since it plans to provide transportation and logistics for supply chain solutions, clean air fleet conversions, and rolling stock global funding. Through these services, Euro Dot is generating more than $12 million which could boost NUGN’s financials. With this in mind, Euro Dot intends to add 2 companies under its umbrella with the aim of creating a larger IPO. As a result, NUGN’s stake in the company could significantly increase in value – allowing for financial growth. As Euro Dot’s IPO is set for this month, NUGN stock could be one to hold in anticipation as it could soar on the IPO.

Another catalyst to watch is NUGN’s potential uplisting to the OTCQB in the near future. To facilitate this uplisting, NUGN completed its audit and filed form 10 with the SEC to become a fully reporting company. Given that the company plans to uplist this month, NUGN appears to be on track to achieve its target of listing on the NASDAQ in the future. Considering the company’s focus on adding value to its shareholders, NUGN promised not to effect a reverse split for a NASDAQ uplisting.

In fact, NUGN reiterated its aim of protecting shareholders’ value as it has recently reduced its AS from 800 million to 500 million – reducing the risk of dilution. Meanwhile, NUGN is anticipating its name change to be approved by FINRA and is considering a ticker change in November which could send the stock on a run-up. In light of these plans, NUGN could one to hold onto for the long-term in anticipation of further growth.

In terms of its Q2 financials, NUGN reported $23.3 million in assets mainly resulting from $20.1 million in intangible assets. The company’s assets also include $118.3 thousand in cash and $263.3 thousand in accounts receivable. Meanwhile, NUGN reported $476.2 thousand in liabilities which are all current liabilities. As for revenues, NUGN realized $951.5 thousand and incurred $317.8 thousand in operating costs. Based on this, NUGN reported a net income of $633.6 thousand. Given that the company expects to realize its first revenues from Boxo in November, NUGN could be well-positioned for significant revenue growth in the coming quarters.

@SuperRobotOTC is confident NUGN stock could run this month in light of its upcoming catalysts.

NUGN stock is currently trading at $.1720 and shows a resistance at its 52-week high of .20. Meanwhile, the stock shows supports at .1610, .130, and .0896. With IPO plays gaining momentum lately, NUGN is grabbing investors’ attention as Euro Dot’s IPO is scheduled for this month. With this in mind, NUGN could be a candidate to witness a run similar to Green Globe International, Inc. (OTC: GGII) prior to its subsidiary’s NASDAQ IPO. In addition, the expected releases of “Medieval” and “Wash Me In The River” this month could be catalysts that could send the stock to a new 52-week high.

In the meantime,  NUGN is trading above its MAs and recently approached its 52-week high which could be a bullish signal for a continuation. As the stock continues witnessing higher than average volume, NUGN could reach a new 52-week high this month given the number of the company’s upcoming catalysts. However, there is a gap on the chart near $.12 that has to fill. If the gap fills in the near term, a price level near $.12 could be a good entry point for bullish investors.

With investors anticipating the company’s catalysts this month, accumulation is trending upwards and the MACD is bullish to the upside. Meanwhile, the RSI is at 76 indicating that the stock is overbought. In light of this, NUGN could drop momentarily to fill the gap as the RSI regulates before setting itself for the second leg of its run. As for its share structure, NUGN has an OS of 219 million and a float of 141.7 million.

As the company is now focused on its movie production business, NUGN is in a prime position to grow financially thanks to the potential of the movie industry. With this in mind, NUGN is on track to start realizing revenues from its venture in this industry as Boxo’s movies “Medieval” and “Wash Me In The River” are set to be released this month and the company expects to realize revenues in November. Since the company promised to produce 6 movies this year, NUGN could report record revenues in Q4 and beyond as it aims to triple its movies annually.

Moreover, NUGN could realize significant revenues from Elisee as it already outperformed Dow Jones and S&P tracker funds. As the global markets are currently volatile, this AI system could be extremely helpful for asset managers and investors. Meanwhile, the main catalyst for NUGN is the anticipated IPO of Euro Dot which the company holds a 15% stake in. Considering that IPO plays have been hot lately, NUGN stock could be well-positioned to soar upon Euro Dot’s IPO.

If you have questions about NUGN stock and where it could be heading next feel free to reach out to us in our free alerts room!