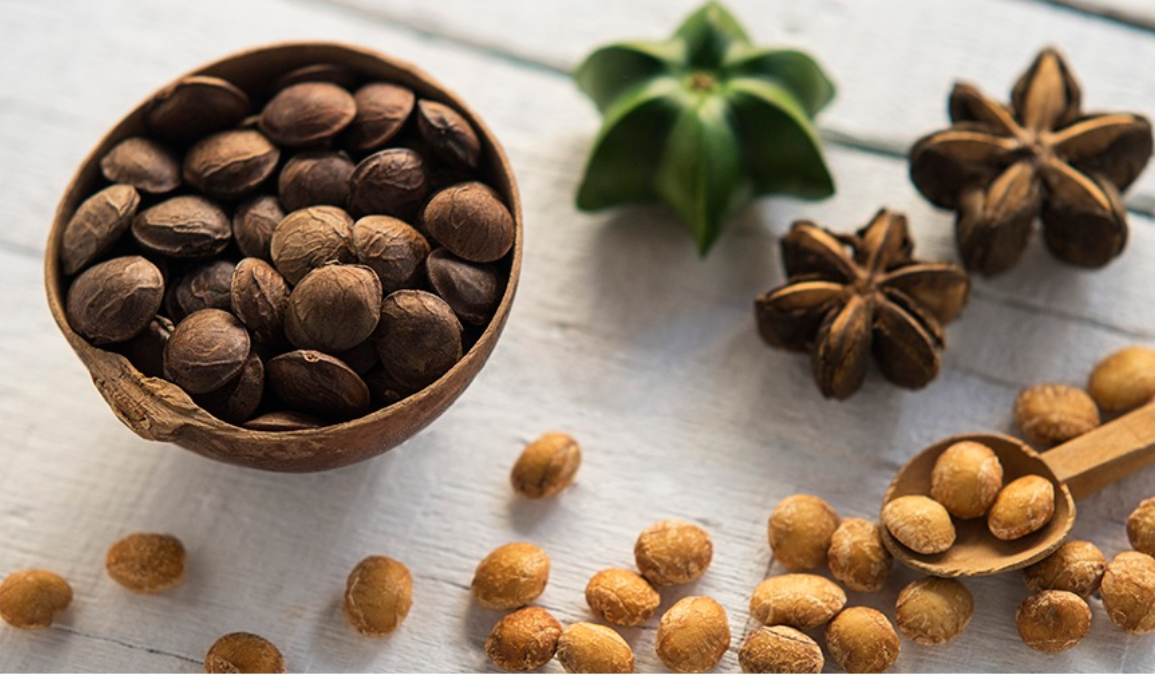 With plant-based beverages gaining popularity since the Covid-19 pandemic, QED Connect, Inc. (OTC: QEDN) shows promise in this growing market through its one-of-a-kind beverage – GMSacha Inchi. As the only beverage in the world with Omega 3,6,9 and a complete vegan protein with all 9 amino acids, GMSacha Inchi could position QEDN for major growth. With this in mind, QEDN has been actively working to increase production and secure deals with grocery stores and multinational companies to market its beverage. After sharing news about a meeting with Starbucks in late July, QEDN caught many investors’ attention – leading to a 108% run. Considering the company’s efforts to penetrate the US market, QEDN stock could be one of the best penny stocks under $1 to hold onto for the long-term.

The company has signed an LOI for purchasing the entire production of Sacha Inchi (a vegan seed rich in Omegas 3, 6, and 9) from the mining joint venture B2Gold (OTC: BTG) and AngloGold Ashanti (OTC: AU). This crop was developed in conjunction with Colombian farmers as an alternative crop to cocoa leaves which has become illegal – decimating the livelihoods of many local farmers.

QED Connect initially invested with the Colombian crop developer, GMS Green Mind Solutions SAS, to develop new products such as snacks, powders, and beverages from the seeds. The Colombian brand GMSacha Inchi developed in the process allowing QEDN to market these products to private labels and multinational companies including Nestle and Juan Valdez.

Previously, the company had acquired all the assets of the La Palmichala Mine, but the mining operation was moved to a private company allowing QEDN to focus on marketing the GMSacha Inchi Snack, GMSacha Inchi Powder and GMSacha Inchi Beverage.

According to the company’s CEO – Katharina Nanny Bahnsen – QEDN is making notable progress as GMSacha Inchi was approved as a vendor on Exito.com. This allows the company to reach more than 6.6 millions clients with its products. It also announced the first batch of GMSacha Inchi beverage packs and is working with Nutresa’s division – Evok – to include the GMSacha Inchi Beverage as one of its products in 2022. The company’s products have also been accepted by Grupo Exito which has over 1,500 stores in Colombia, Brazil, Uruguay and Argentina

As one of the few vegan beverages in the world packed with Omega 3,6, and 9, the GMSacha Inchi Beverage has recently obtained approval from INVIMA – The National Institute for Food and Drug Surveillance in Colombia. INVIMA works alongside the FDA to approve food or drugs that can later be exported to the US, Canada and many other countries. This approval is pivotal to the success of QEDN’s marketing plan for these products and is a bullish sign of what the company could achieve this year.

Currently, QEDN is working with the packaging solutions leader – Tetrapack – to create a unique innovative packaging for GMSacha Inch beverages. To be globally shipped without refrigeration and be environmentally friendly, Tetrapack is designing the packaging for the beverage with recycled materials made with Sugar Cane. Since then, the company has received the certificate from Celema showing that the Sacha Inchi Tetrapack beverage has no harmful bacteria – bringing the company another step towards its goals.

According to its filings, QEDN has $160 thousand in assets but is operating at a loss. As the Sacha Inchi products are marketed via Rangeme to Target, HyVee, GNC, Whole Foods, Nestle, and many others QEDN could develop greater brand awareness which would boost the company’s financial position. However, QEDN has already taken a step forward with Nestle and is moving to marketing.

The company has also announced a move into the animal market by creating GMSacha powder supplements helping dogs maintain a healthy weight. QEDN appears to be expanding on this new avenue with plans to present its product to Purina in the future. The pet and animal product market is lucrative and rapidly expanding so it is a promising sign that QEDN is showing signs of innovation and proactivity by developing products for this unique niche.

Looking to ramp up GMSacha Inchi’s production, QEDN recently secured contracts with more than 255 farmers to purchase all their production of Sacha Inchi. In this way, QEDN could produce more than 7.5 million liters annually for 2023 and 2024. With this in mind, QEDN is looking to further increase its farmers with an aim of having between 2-5 thousand farmers by the end of 2023. By increasing its farmers, QEDN could be on track to deliver on its plans of doubling its capacity annually starting from 2025. In that case, QEDN could be one of the most profitable penny stocks under $1 to invest in.

To facilitate this, the company recently held meetings with representatives of Gramalote – the JV of B2Gold (OTC: BTG) and AngloGold Ashanti (OTC: AU) – to explore ways for Gramalote to help farmers grow Sacha Inchi in areas next to Gramalote. Through these efforts, QEDN is confident it could have enough farmers by next February to produce 10 million tetrapak units annually which will allow the company to access the US market. In light of this, QEDN stock could be one of the better penny stocks under $1 to hold onto for the long-term.

At the same time, QEDN has been working extensively to secure deals with retailers to offer its beverage through their channels and stores. Recently, QEDN received orders for its beverage from retailers Carulla and Exito in Colombia. With this in mind, QEDN is already selling its beverage at Carulla and is currently in talks with the retailer for a 2 month exclusive deal which would be the company’s first deal with a major retailer in Colombia. Meanwhile, the company is shipping samples to Sprouts Farmers Market for an initial order of 240 thousand liters of GMSacha Inchi which would help QEDN position its beverage in the US market.

On that note, QEDN has secured meetings with 13 retail stores and distributors for the plant based summit looking to add GMSacha Inchi to their stores. In addition, the company submitted a request for proposal (RFP) with a major US grocery store to offer GMSacha Inchi in 2022 and 2023. QEDN also held meetings recently with 3 Puerto Rico based US companies to discuss potential alliances. Based on these efforts, many investors are bullish QEDN could be one of the best penny stocks under $1 to buy this month.

Meanwhile, QEDN had a meeting with Starbucks to discuss the possibility of using GMSacha Inchi in Starbucks’ products. While these talks are still in early stages, QEDN is targeting to reach an agreement with Starbucks for the South and Central American markets before entering into the US market. With the company already registering GMSacha Inchi as a brand, QEDN could strike deals with retailers and chains like Starbucks more easily. In this way, QEDN could be well-positioned for significant financial growth in 2022 and beyond thanks to the company’s efforts in pursuing such deals.

As of June 30, 2022, QEDN has $2.8 million in assets comprising $25 thousand in cash and $106.9 thousand in accounts receivable. QEDN also has $1.4 million in liabilities including $500 thousand regarding a convertible debt. Meanwhile, the company realized $300 thousand in revenues over the first half of the year with a gross profit of $204.6 thousand. Based on this, QEDN is operating at a net profit of $55 thousand. As the company is ramping up the production of its beverage and securing deals to expand its offering throughout the world, QEDN could be one of the penny stocks under $1 poised for significant financial growth in the future.

@JohnRSpano1 is adding QEDN believing it could be undervalued at its current PPS.

@Jcazz17 is bullish on QEDN’s efforts to enter the US market.

Currently trading at $.0024, QEDN has supports at .0019, .0015, and .001 with a resistance near .0029. Since announcing its meeting with Starbucks, QEDN has been climbing investors’ watchlists – with the stock surging by as much as 108% since this announcement. As the company is always sharing updates with shareholders, QEDN stock could be poised to break through its resistance in the near future with more news. With this in mind, QEDN rebounded off its MA support multiple times which could be a bullish sign of a continued run. Based on this, bullish investors could enter into a position in QEDN at the current PPS and trim near $.0029.

Considering the positive news shared by the company lately, accumulation spiked on the Starbucks meeting update and has been steady since then. Meanwhile, the MACD is bullish but could be approaching a crossover in the near-term. The RSI is holding at 54 which leaves room for the stock to run if more updates are shared. QEDN has an OS of 2.2 billion and a float near 1.5 billion.

QEDN’s interest in the plant-based beverage industry is particularly promising as this industry is forecast to reach $19.6 billion in 2023. Although the company remains to realize its full potential, its efforts for growth and expansion could add significant revenues to QEDN in the future. With the company securing deals with major grocery stores in Colombia, QEDN could be on track to further increase its revenues this year. As the company registered GMSacha Inchi as a brand, QEDN could be poised for additional growth since now the company could strike deals with US retailers and distributors more easily. Meanwhile, QEDN appears to be poised for a significant spike with more updates regarding a potential deal with Starbucks. In light of these growth efforts, QEDN could be one of the penny stocks under $1 to watch for major growth in the future.

If you have questions about QEDN stock and where it could be heading next feel free to reach out to us in our free alerts room!