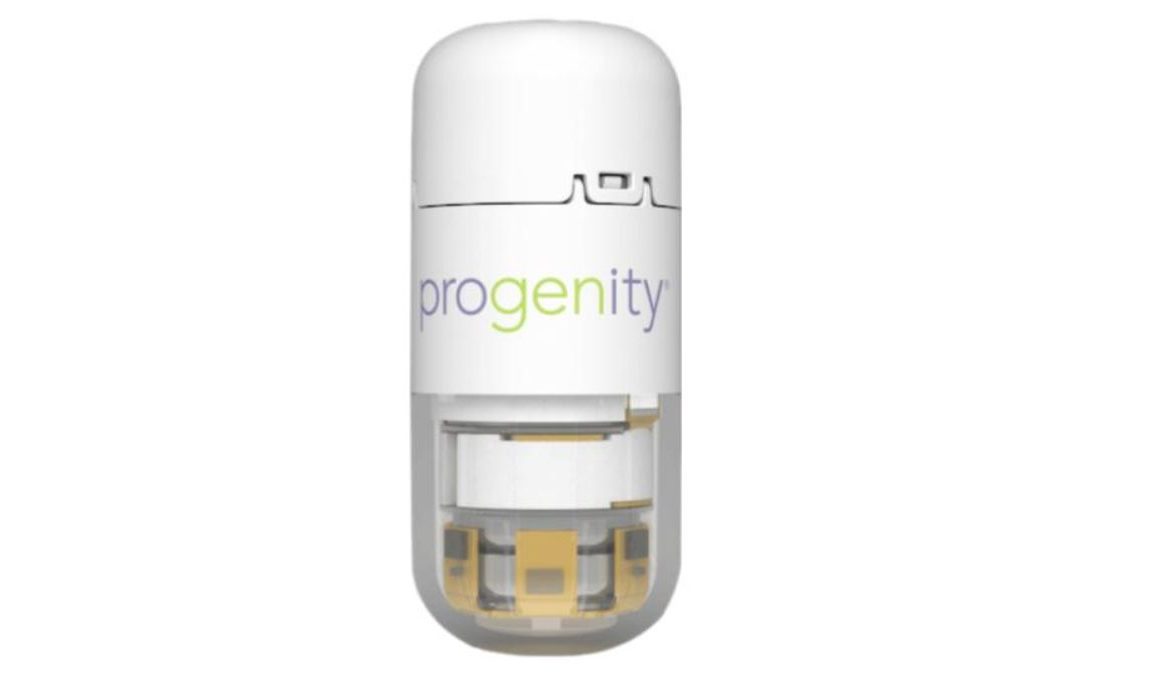 Progenity Inc. (NASDAQ: PROG) is a biotechnology company that develops and commercializes molecular testing products to improve the diagnosis and treatment of disease. It focuses on fields like women’s health, gastrointestinal health, and oral biotherapeutics. On December 20th, the company announced an asset sale of its affiliate Avero Diagnostics in an attempt to reduce operation costs and deliver on their biotherapeutic line. This, along with the company’s competitive portfolio of patented products, has made investors bullish on PROG stock with speculation that these catalysts could send PROG stock price to $5 per share or more.

PROG has long had a vision of transforming healthcare by improving diagnosis of disease and patient outcomes through localized treatment with targeted therapies. In light of this, the company is focused on developing its main biotherapeutics pipeline. As a part of its strategic plan, the company recently announced the closing of its affiliate business – Avero Diagnostics – through an asset sale valued at $10.9 million. This decision will raise capital needed for the biotherapeutics pipeline and will result in an almost $28 million reduction in the company’s operational expenses. In light of this, CFO Eric d’Esparbes appears confident that this “should extend our cash runway beyond the end of 2022 and reduce our dependence on the capital markets”.

Recently, PROG has been making major progress in part due to its developing biotechnology. One of the biggest challenges in the treatment of gastrointestinal diseases like IBD is delivering the medication directly to the colon. Luckily, PROG has made advances in its Drug Delivery System (DDS) to deliver liquid drug formulations to specific locations in the gastrointestinal tract. This is believed to improve the efficacy and safety of the treatment but is also a potentially lucrative breakthrough for the company.

Typically, delivering large molecule medications in a targeted approach would require needles. But PROG’s needle-free delivery system could allow for more frequent oral administration and possibly more consistent drug levels. With this in mind, Progenity is developing “drug-device combination products” which are formulated using its proprietary liquid formulations to replicate prescribed drugs that can be delivered through its oral biopharmaceutical delivery system.

With the delivery of large molecule treatments orally,  PROG could open the door to treating cancer, diabetes, and rheumatoid arthritis in a more convenient manner. Taking the first steps towards commercialization, PROG announced in mid-October that the US Patent and Trademark Office (USPTO) has issued four patents related to its delivery system for treating the gastrointestinal tract. More recently, the company secured an additional patent. According to General Manager, Matthew Cooper, it “covers critical methods for counting target molecules, obviating the need for sequencing”. Together, these patents add to the company’s already established portfolio of 180 issued patents and over 220 pending applications. To date, it is considered “one of the most robust ingestible device patent portfolios” according to PROG’s interim CEO – Eric d’Esparbes.

With these patents, the company could be well-positioned to capitalize on its Single-Molecule Detection Platform. Designed to eliminate the need for costly and complex sequencing, this platform enables tests such as noninvasive prenatal testing (NIPT) or liquid biopsy for cancer to be simplified and made more cost effective. The Single Molecule Detection platform could potentially be applied to several areas beyond nucleic acids – which would make it an important asset for PROG.

Clearly, this revolutionary technology could make PROG a significant buyout candidate – a speculation that has been supported by the company’s three collaborations with pharma companies for developing its Oral Biotherapeutics Delivery System. As the company itself reports, this illustrates “industry interest in the platform’s potential for the oral delivery of large molecules”.

Because of this technology’s applicability to many big pharma treatments, some are anticipating buyout interest from the likes of Pfizer, Abbvie, Amgen, NovoNordisk, or Eli Lily. For example, Pfizer’s medication “Xeljanz” – used to treat rheumatoid arthritis, psoriatic arthritis, and ulcerative colitis – is generically known as Tofacitinib which Progenity has already completed research regarding its targeted delivery and potential for higher tissue absorption.

According to its clinical publication, the study showed that over 25x more Tofacitnib was administered to the target location while reducing the number of total toxins compared to the typical treatment. This has led some investors to speculate that Progenity has a partnership in the works with Pfizer; but even if it does not, the company has the type of breakthrough technology that would attract interest across the board.

PROG’s DDS system is particularly applicable to the treatment of ulcerative colitis which makes up valuable segment of the healthcare market. Pfizer has already shown interest in innovative treatments for this condition after buying Arena Pharmaceuticals for $6.7 billion with an unapproved Phase 3 drug for ulcerative colitis.

Many are anticipating that an update from PROG will demonstrate the efficacy of drugs delivered through the DDS device. If its DDS delivery system is proven to be more effective than traditional methods then PROG will have an obvious edge in terms of safety, cost, and the long-term effectiveness of its therapeutic effects.

Meanwhile, short interest on PROG has reached 26.37% after a short squeeze effort started forming on Reddit in October. PROG stock has also regularly made Fintel’s list of top short squeeze candidates, but short interest has fallen to 12.17% of the float as short interest reaches 18.13 million shares. Overall, high conviction investors are holding out their long positions on PROG stock against shorts on the conviction that new PROG stock news would reveal a high profile partnership developing behind the scenes.

Fundamentally, PROG is showing significant progress after its latest earnings report revealed the company’s plans for cost-cutting measures that will save around $145 million on an annual basis. It also marginally reduced its operating expenses and has reduced its outstanding debt by $20.175 million through a private exchange of its 7.25% convertible senior notes.

PROG’s volatility over the past month has given traders like @magicmiketrader swing opportunities.

@TRUExDEMON has been making calls and DD on PROG for some time as he and rest of the PROG community work towards a short squeeze.

PROG stock price is currently $2.21 as it trades above October’s support of 2.11 and below its resistance at 2.71 as the stock continues to backslide from November’s high of $6.19. The RSI is recovering from overselling at the beginning of the month and is resting at 40. The MACD is bullish but accumulation continues to decline.

It appears that confidence in PROG stock has shaken despite anticipation for a December or January update on DDS’ efficacy. While this presents a risk to short-term investors, if the company comes out with positive news then its $397.9 market cap may be undervalue considering the treatments wide range of applications.

Currently, the company could be undervalued and with a float of 148.9 million the stock is prone to volatility. Whether a PROG short squeeze comes to fruition has yet to be seen, but the potential for Progenity to utilize its technology in new and lucrative ways is increasingly tangible.

If Progenity secures a partnership or buyout from a major pharma company like Pfizer, then PROG shareholders could see a major return on their investment. But as is, PROG is looking like a long term hold for bullish investors. In either case, PROG stock price is unlikely to match its IPO price of $15 per share which is typical of clinical-stage biotech plays that move on binary events like FDA approval. While PROG stock may continue treading water, the upside potential of its DDS system makes an investment in PROG worth considering.

3 Stocks That Are About To Blow Up! 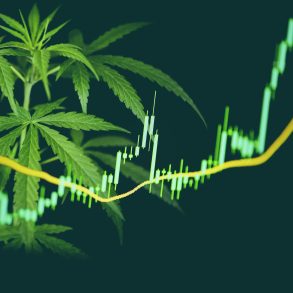 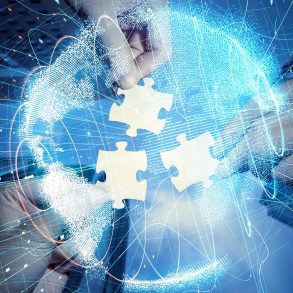 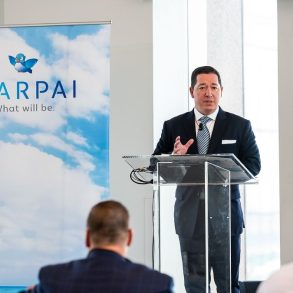 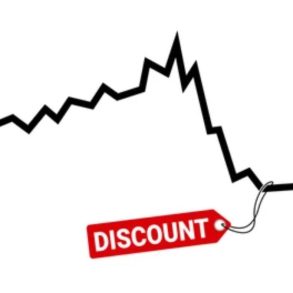 Is CELZ Stock Heading For A Short Squeeze?

Join millions of others and stay up to date with the latest developments.
[mc4wp_form id="682"]