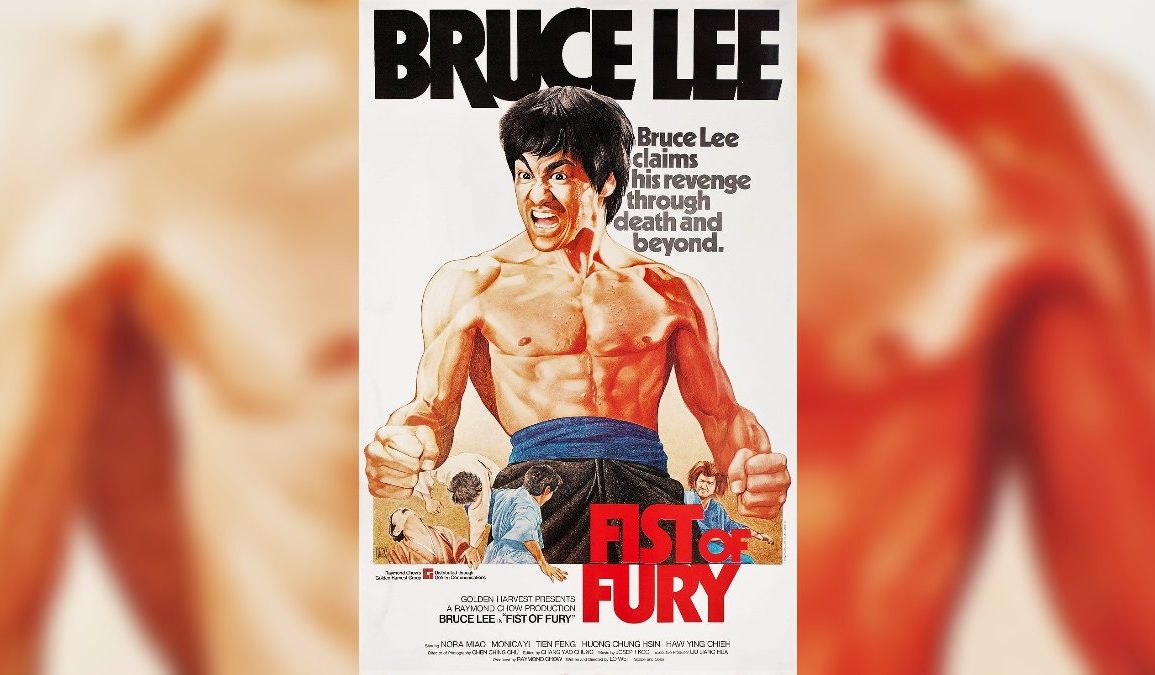 Looking to build an entertainment empire, Valiant Eagle Inc. (OTC Pink Limited: PSRU) has been working tirelessly to grow in this industry through its various divisions. While the company is currently developing an NFT marketplace and negotiating to produce a new movie, PSRU stock is receiving increased interest lately after promising a share buyback. With this in mind, PSRU stock is one to watch in the coming weeks as it continues sharing developments with its shareholders.

Through its Providence Film Group subsidiary, PSRU provides media content largely related to movies and television through budgeting, scripting, production, post production, distribution, as well as marketing. Through this work, PSRU has worked on the production of several movies and programs leading it to enter a development agreement with New Republic Pictures (NRP) to provide the development funding for a biopic on the well-known American socialite Zelda Fitzgerald. Aiming to drive-up interest in the movie, the company agreed with Academy Award-winning actress Jennifer Lawrence to play the starring role of Zelda.

PSRU’s CEO Xavier Mitchell will serve as an Executive Producer on the project and Providence Film Group will get credit in the movie. Considering NRP’s reputation in the movie industry, this agreement could open a plethora of opportunities for PSRU in the future.

Meanwhile, PSRU completed the production of its horror movie – The Knock – last March in partnership with Subplot Entertainment. This movie was shot independently and Providence fully financed the project. As horror films generated more than $1 billion at the box office in 2019, Mitchell expects The Knock “to be a top performer with its unique content and undercurrents of Biblical prophecies that have been unheard of since Omen in the 70s”. With this in mind, Providence is currently negotiating with major distributors to facilitate a wide theatrical release. If the movie is as successful as advertised, PSRU could be positioned for more success in its future productions.

In the meantime, PSRU is looking to start the filming of The Wild Geese movie project. PSRU is currently negotiating with a Greek billionaire to fully fund the project. The company is also in talks with a famous British director and an A-list Hollywood actor who starred in several action films.

As well as producing movies, Providence has been working on its own program – Ambush Karaoke – which will introduce new technologies to give viewers a better karaoke bar experience via television and the metaverse. Looking to increase this program’s popularity, PSRU hired icons in the music and TV industry as executive producers.

These icons include former American Idol judge Paula Abdul – who will also act as a judge on Ambush Karaoke, Xavier Mitchell, and most notably Ron Deshay. Deshay’s company, World of Dreams Entertainment Group, will handle the production of the program and Deshay will also act as a director and showrunner for the project.

Deshay’s presence on the project’s production team is a bullish sign that the program could be an instant hit. With more than 20 years in the entertainment industry, Deshay was one of the original producers of American Idol and produced other projects like So You Think You Can Dance. Through this experience, Deshay received three Emmy Award Nominations as well as several Producers Guild Awards and Nominations. With this experienced team on board, PSRU’s program has the potential to attract a large number of viewers once it starts airing.

Venturing into the Canadian professional sports scene, PSRU entered an agreement with the American Basketball Association (ABA) through which the company is the majority shareholder of ABA Canada with an exclusive license to develop a Canadian league using ABA’s branding.

The ABA was a precursor to the NBA and eventually merged with it in 1976. It was reformed in 2000 and now has leagues in Mexico, Australia, and more. Currently, it is the largest professional sports league in the world and offers the opportunity for families to see a game for tickets ranging from $10 to $50.

Looking to capitalize on the growing interest in basketball across Canada, PRSU is hoping to offer an alternative to the NBA which has only one team in Canada – the Toronto Raptors. Currently, PRSU is accepting deposits for the right to bid and purchase market reservations which would give the winning bidder the right to an ABA Canada team in a specific region. PRSU will start with a few teams in areas where basketball has already been popularized and is only accepting bids for Ontario, British Columbia, Alberta, and Quebec at the moment.

As this league is still in its early development stages, PSRU is planning to secure celebrity owners for its teams to help increase its popularity. In addition to other incentives, PSRU plans on streaming matches on its channels in accordance with a media streaming partnership with the American Basketball Association.

Given that the company is aiming to become a leader in the entertainment industry, PSRU has created a new gaming division – VE Gaming – to develop video games across several platforms. Although the company will develop traditional video games for Playstation, PC, Android, IOS, and other platforms, PSRU will also develop games for the growing blockchain gaming sector.

To launch its new gaming division, PSRU is currently developing a street basketball game that it expects to rival NBA2K. With this in mind, PSRU intends to release a demo for this game on Playstation, XBOX, and PC in the near future. At the same time, PSRU will look to utilize its movie collection which includes films like Fists of Fury (featuring Bruce Lee) and Swamp Thing while developing its new games.

PSRU is also looking to capitalize on the growing market for NFTs by developing an NFT marketplace called Fungy. As Fungy is still under development, PSRU has been building an NFT inventory to drive more traffic to its marketplace by auctioning off its inventory over time. In this way, PSRU expects to realize more than $10 million from NFT sales in the marketplace’s first three months after launch.

While this is an ambitious goal, the company could garner a lot of attention thanks to the more than 20 thousand NFTs it has created with collections based on Fists of Fury, The Roo Awakening, and Marilyn Monroe. Its collection of television and film content could give Fungy a significant competitive advantage as it develops.

Aiming to grow Fungy more rapidly, PSRU is negotiating with a leader in NFT marketplace marketing which the company believes will help position Fungy on par with industry giants. Fungy will also feature a Valiant Eagles coin which can be used with VE Gaming’s video games and other non NFT content. Currently, Fungy finished its beta testing and is ready to launch. However, PSRU intends to launch the marketplace once its backup server is operating to ensure smooth and fast transactions. Considering the potential of this venture, PSRU stock is one to watch in the coming weeks in anticipation of Fungy’s launch.

Given that all of these growth efforts require significant funding, PSRU is looking to raise funds through a Reg A offering. Through this, PSRU is expected to issue 20 billion shares at $.0005 per share for total proceeds of $10 million. While offering these shares could significantly impact shareholders’ value, PSRU intends a “massive” share buyback once its projects generate their expected revenues.

In terms of its financials, PSRU’s Q1 report showed financial growth in a number of key metrics. The company’s assets grew 106.8% QOQ to $61.6 million compared to $29.7 million and it has $1.9 million in liabilities. Meanwhile, revenues increased substantially from $1 million a year ago to $2.6 million. This increase was accompanied by an increase in operating costs which now amount to $1.8 million compared to $981.6 thousand in the same period last year. As a result, the company reported a net income of only $887.3 thousand.

It’s worth noting that the company’s share structure has gone through some changes. In December of 2020 PSRU had 75.9 million shares outstanding. By September of 2021 this grew to 1.083 billion and by March of 2022 it reached 1.48 billion. The company also had a reverse split in the past but has confirmed it will not pursue another.

@stockballa believes PSRU stock could be undervalued considering its catalysts.

PSRU stock moved up about 48% over the last five trading days. However it is still trading near its bottom with a support at .0006. The stock has low volume and it shows resistances near .001, .0012, and .0016. Despite announcing a share buyback, PSRU has seen little movement likely due to its Reg A offering. Bullish investors could watch PSRU stock for a rebound following its offering.

Accumulation has dropped back down and the MACD is bullish . The RSI is currently holding at 55. Currently, PSRU has an AS of 5 billion and an OS of 1.48 billion.

Through its ventures in the entertainment industry, PSRU stock is emerging as one of the entertainment stocks to watch for growth in the future. With the company preparing to finally launch its Fungy NFT marketplace, PSRU stock could see more volume soon. With this in mind, PSRU’s solid fundamentals could make it an attractive investment to many investors.

As is, the company could be undervalued at its current market cap of $1.1 million given its $61 million assets. In addition, PSRU’s upcoming share buyback could be a major catalyst to watch for as it could send the stock soaring. PSRU is currently trading near its bottom which could make it a low risk, high reward play however investors should be way of dilution.

If you have questions about PSRU stock and where it could be heading next feel free to reach out to us in our free alerts room!