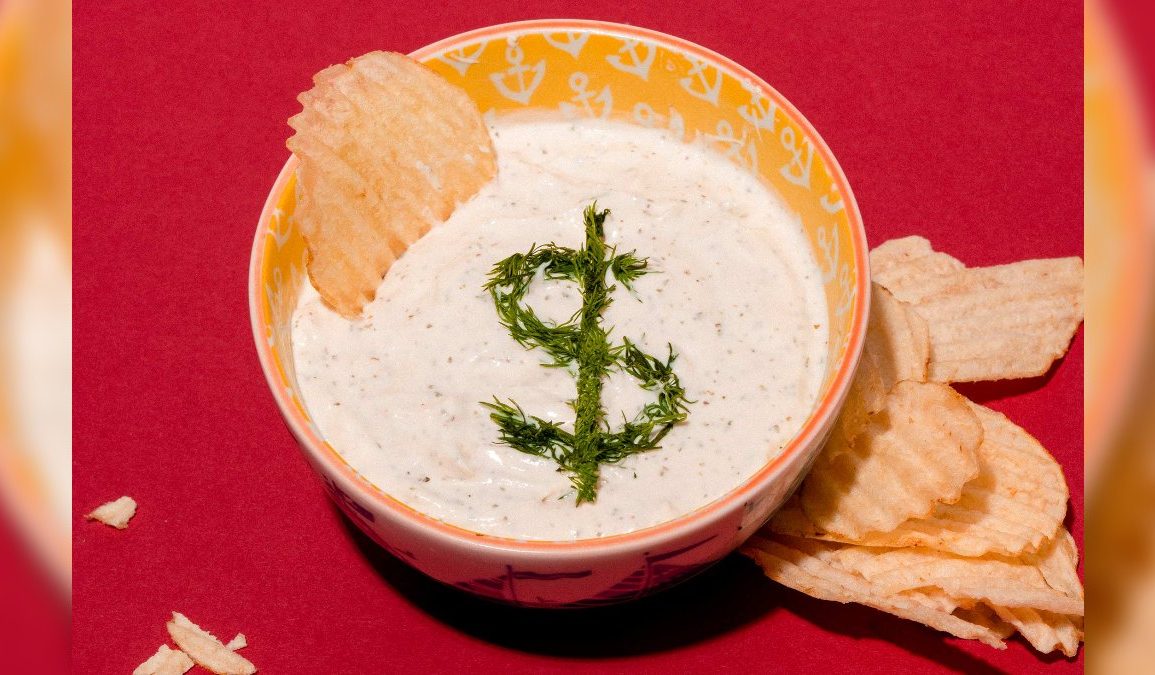 Specializing in the treatment of cancer and autoimmune diseases, Regen BioPharma Inc. (OTC: RGBP) and (OTC: RGBPP) is a biotech penny stock making notable contributions to the industry and particularly the immunology and immunotherapy space. The company moved to the top of investors’ watchlists as it signed a Letter of Intent to acquire a company developing functional tests for personalized cancer drugs while reducing its debt from convertible notes by $1,023,454.

At the forefront of the biotech industry, Regen BioPharma’s portfolio of patents has allowed the company to make notable leaps. Earlier this year, the company obtained a license entitling it to exclusive rights for developing and marketing IP for the treatment of pancreatic cancer. This prompted a runup of 1076% for RGBPP (preferred stock) and 2723% for RGBP (common stock) in April.

The company obtained two other patents by the second quarter of 2021, the first one for using T regulatory cells in the treatment of arthritis and autoimmunity. Currently, testing this cell treatment on animals, Regen BioPharma will have a lengthy review process with the FDA before it becomes marketable. However, the global market for Rheumatoid Arthritis drugs alone was forecast to reach $36.11 billion by 2027. If this treatment proves successful, the ROI could be significant.

In October, RGBP obtained yet another patent for its “Universal Donor Checkpoint Inhibitor Silenced/Gene Edited Cord Blood Killer Cells” which covers RGBP’s invention of treatments that induce an “anticancer” response in patients. It’s therapeutic use can trigger an antitumor immune response from the body which has the potential to be revolutionary for the company.

Another patent was granted to RGBP for Antigen specific mRNA cellular cancer vaccines which could be a lucrative patent considering that mRNA is currently a leading treatment in the biotech industry. With this in mind, the company has been exploring ways to capitalize on its patents leading it to give a Scope of Work order to Biotech Research Group in October in an attempt to strategize methods of commercializing its NR2F6 intellectual property. This is important because the NR2F6 nuclear receptor was identified as a potential immune cell inhibitor that can help trigger the immune system to fight cancer as well as autoimmunity diseases and chronic inflammation.

Meanwhile, the company seems to be building on two successful deals with Oncology Pharma from earlier this year as it sets out to commercialize its research. RBGP made these agreements with Oncology Pharma giving the latter the exclusive right to develop and commercialize IP related to the treatment of cancer. In October, RGBP agreed to provide Oncology Pharma with intellectual property related to the mRNA used to treat pancreatic cancer as well. In exchange, RGBP received a fee of $55,000, and will take 5% royalties in net sales as well as 10% of all consideration from sublicensees.

At the same time, the company has been updating its filings in preparation for uplisting to the OTCQB. Its decision to opt for full reporting status has fueled speculation of a possible Big Pharma buyout that would require this level of detailed reporting. This has led some to speculate that RGBP could be an acquisition target for Oncology Pharma considering their successful relationship. But Precigen was also rumored to be a buyout candidate due to Precigen’s CEO – Helen Sabzevari – former role on RGBP’s Scientific Advisory Board. But many are hopeful that Eli Lilly is the potential target since it has maintained a very good working relationship with RGBP for over 5 years.

Beginning in 2016 with a definitive agreement allowing Regen to receive compounds from Lilly for drug discovery purposes and to exchange information of mutual interest, the two companies have since covered a lot of ground together. In 2017, Eli Lilly’s former Executive led RGBP’s newly formed Business Advisory Board. Because there is a Drug Discovery Pact between both parties, some are wondering if RGBP may be a target for the massive company.

However, RGBP is currently working to finish its strategic growth plan for the upcoming 5 years which includes diversifying the company’s operations. On that note RGBP signed a non-binding Letter of Intent (LOI) to acquire Canary Oncoceutics, Inc. which is developing an oncology diagnostic platform. This platform could be very important because it complements the existing cancer genomic testing that is used to measure how likely cancer could grow and spread. With that in mind, Canary seems like the perfect fit for RGBP’s plans for diversifying into the in-vitro diagnostics industry. But this acquisition is dependent on a variety of factors including RGBP raising $50 million for the platform’s development.

However, RGBP’s CEO – David Koos – appears very bullish, saying “Companion diagnostics in precision oncology is where the future of cancer treatment is heading.” He went on to explain that the global cancer diagnostics market is growing rapidly – increasing from $168 billion in 2020 to a predicted valuation of $280 billion by 2028.

It also seems RGBP has been cleaning house after settling convertible notes equivalent to $1,023,454. But the company has evidently been on a campaign to pay off its debts for several months now, paying off $539,392 in other fees through the issuance of roughly 706.4 million common shares and 23.7 million Series A Preferred shares. This appears to have nearly erased the company’s debt except for a remaining $1,340,621 in convertible notes.

Shareholders have been reenergized with the release of RGBP’s new 10-K which shows that the company’s CEO – David Koos – is still holding Common 3.18 million common stock shares, 38% of A Preferred shares, and 26.14% of M Preferred shares as well as 100% of AA Preferred and NC preferred shares. His heavy investment in the company is definitely a bullish sign that has helped offset the dip following an announcement from Pomerantz Law Firm that it is investigating claims on behalf of Regen BioPharma, Inc.’s shareholders.

The reason for the firm’s investigation appears to be that the previously issued Balance Sheet, Statement of Operations, Statement of Shareholders Equity and Statement of Cash Flow for period ending June 30, 2021 “should not be relied upon” because it had determined that the $1,905,000 in revenue recognized from license grant to an unrelated third party should be recognized over the 15 year term of the license.

While this news shook some shareholders, most have been buoyed by the results of the company’s latest quarterly report which is unaffected by this investigation. Furthermore, Pomerantz Law Firm is not seen as a highly reputable firm having filed numerous lawsuits on similar charges.

In any case, according to RGBP’s financial document the company has $727,162 cash on hand and total assets amounting to $1.2 million. The company also recorded $171,194 in revenue but is operating at a loss of $6.7 million as is typical of biotech companies which move on binary events.

Investors like @Weezus420 are confident enough in RGBP and its potential that the dip following Pomerantz’s announcement has had little affect.

After falling roughly 32% after the release of its 10-K on the 22nd and the law firm’s announcement on the 27th, RGBP stock is trading at April’s PPS of $.01. The stock has a support near .0098 and a resistance at .0129 and .0153. The RSI was extremely oversold following the news and is still oversold at 35. Although the MACD is bullish it is approaching a bearish crossover and accumulation has rebounded from earlier overselling.

Although the stock is looking bearish at the moment, it is an excellent dip buy opportunity for investors bullish on RGBP’s treatments or buyout potential in our opinion. With plans to acquire Canary Oncoceutics, Inc. RGBP has the potential to rebound if its LOI is actualized.

RGBPP is following a similar trend and is also trading at its support near .0314. Following a roughly 31% drop, the stock is trading at .0348 with a resistance at .0471 and .0525. As preferred stock, RGBPP has a lower float but its RSI is also oversold at 39 but with a bullish MACD and steady accumulation.

Notably, RGBPP has 437 million outstanding shares with 208 million unrestricted. This gives it a considerably lower float than RGBP stock which has 4.5 billion outstanding shares of which only 22 thousand are restricted. Both stocks have weak resistance lines which could be a bullish sign as the stock could break through with a catalyst such as its planned acquisition.

It appears that RGBP and RGBPP shareholders remain confident in the company following its 10-K filing – so much so that the law firm’s investigation has only resulted in a dip that RGBP appears poised to recover from.

RGBP’s new acquisition could be a reason to hold long-term, but as with most biotech companies the real payout comes with FDA approval and commercialization. For this reason, investors should consider the company’s pipeline of products, patents, potential, and plans when investing. Many investors are bullish on this stock’s potential which may make this dip a good investment opportunity.

3 Stocks That Are About To Blow Up! 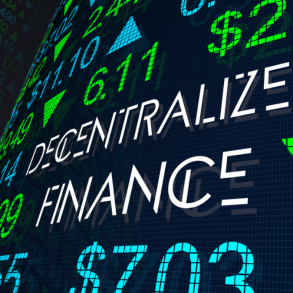 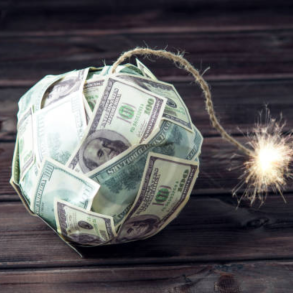 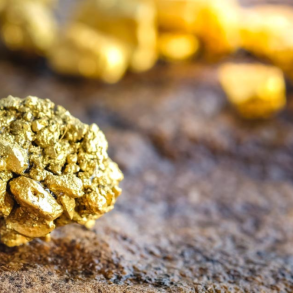 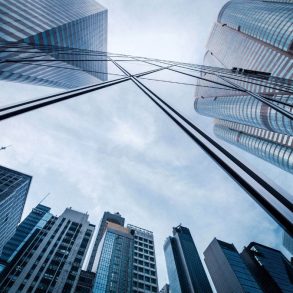 Join millions of others and stay up to date with the latest developments.
[mc4wp_form id="682"]