With a number of catalysts on the horizon, RushNet, Inc. (OTC: RSHN) is emerging as one of the OTC’s hottest stocks. Through its two subsidiaries, RSHN has been operating in the healthcare industry by offering laboratory testing services and billing services to healthcare industry operators. With plans to combine both of its subsidiaries and spin-off the resulting company, RSHN stock is grabbing investors’ attention as the company intends to issue a share dividend of its spin-off’s shares. Since the spin-off would be listed on the NASDAQ, many investors are bullish RSHN stock could soar on more updates regarding the spin-off.

In 2021, RSHN’s controlling interest was purchased by Ashley Sweat who is now the company’s chairman and CEO. Since then, RSHN  pivoted into the healthcare industry by acquiring diagnostics laboratory heliosDX and healthcare billing and consulting company Grandeza Healthcare. Through these acquisitions, RSHN shared a 15-month roadmap that would see the company uplist to the NASDAQ. However, the company’s management decided that uplisting RSHN to the NASDAQ would not be a viable option.

Despite the failure of this option, RSHN was adamant on maximizing its shareholders’ value and decided to spin-off heliosDX with its shareholders receiving a share dividend of heliosDX. Meanwhile, RSHN planned to operate as Grandeza Healthcare upon spinning-off heliosDX. However, looking to add value to heliosDX, RSHN decided that combining heliosDX and Gradeza would be the best course of action.

To facilitate this spin-off, RSHN alongside heliosDX and Grandeza completed their audit to file a tier 2 regulation A offering with the SEC. This offering would raise $20 million from offering 17 million shares of heliosDX at $1.18 to support the new public company’s future business endeavors including acquisitions. In addition, RSHN announced the share dividend of heliosDX where holders of 650 shares of RSHN would receive one share of the spin-off.

With this in mind, many investors are bullish on the prospects of receiving shares of heliosDX thanks to its growth potential in the laboratory diagnostics field. HeliosDX offers a wide range of high quality testing services including urine drug testing, allergy droplet cards, oral fluids, and PCR. Moreover, heliosDX has a network of lab partners which allow the company to receive more testing to its laboratories – driving up its revenues. Meanwhile, heliosDX is partnered with Cardinal Health to provide cutting-edge shipping solutions while receiving samples more efficiently. By partnering with a well-renowned company like Cardinal Health, heliosDX has significant potential in this industry. Based on this, accumulating RSHN stock could be a major opportunity to secure shares of heliosDX.

The subsidiary is also looking to further grow its business prior to the spin-off as it agreed in principle to acquire an independent lab in Florida with a combination of cash and shares of heliosDX upon its spin-off. This deal is subject to an LOI which heliosDX requested for some minor changes. As the company expects to close this acquisition in October, RSHN stock could surge on the news. Meanwhile, heliosDX is planning for another acquisition that could add $7 – $9 million in annual revenues. Through these acquisitions, RSHN could realize nearly $20 million in revenues annually which is significant for a company in its early growth stages. In light of this, RSHN stock could be one to buy in anticipation of its catalysts.

As for Grandeza, the company offers billing and coding services to the healthcare industry as well as revenue cycle management and consulting services for its clients. Through these offerings, Grandeza has substantial growth potential that could make heiosDX’s shares attractive to investors. In this way, buying RSHN stock could be an opportunity to secure shares in businesses with substantial growth potential.

Upon the spin-off of heliosDX, RSHN will venture into a new business direction as an audited Pink Current company. With this in mind, RSHN promised its shareholders to release updates regarding the new business venture in the coming months. Looking to further add value to shareholders, RSHN is planning the cancellation of 400 million shares. In addition, the company intends to reduce its AS by 1 billion shares. Considering that the company has not diluted any shares since December 2021 and has no convertible debt, RSHN stock has the potential to substantially grow in the future. RSHN is also one to watch today as the company intends to share “new growth information”. If the company shares positive news, RSHN could be set for a run-up.

@ChaseMacTrades is bullish RSHN stock could run past $.004 this month.

@SuperRobotOTC is bullish on the potential of RSHN’s upcoming catalysts.

RSHN stock is currently trading at $.0031 and has supports at .0020 and .0013. The stock also shows resistances at .0035 and .0048. With the company preparing to share more news regarding heliosDX’s spin-off and its new business direction upon the spin-off, RSHN has been grabbing investors attention after climbing 105% this month. Considering that the company intends to share updates today, RSHN stock could be poised to further run and retest its resistance.

RSHN is currently moving in an upward trend and has bounced off its MA support multiple times recently. Based on this, the stock could retest $.0035 in the near future with the potential to break through this resistance if the company continues to share positive news. With this in mind, bullish investors could wait for the stock to retest its 50 MA support before securing a position in RSHN ahead of its upcoming catalysts.

Accumulation is starting to see an uptick as more investors are taking notice of the company’s upcoming catalysts and the MACD is bullish to the upside. Meanwhile, the RSI climbed from 57 to 67 indicating that RSHN could be slightly overbought. In light of this, RSHN could momentarily drop near its 50 MA support before running near its resistance at $.0035. RSHN has an OS of 8.1 billion and a float of 7.1 billion.

With investors anticipating the spin-off of heliosDX and its listing on the NASDAQ, RSHN stock has the potential to attract new investors as it continues gaining traction among Fintwit investors. With this in mind, the share dividend of heliosDX could be a major catalyst as the spin-off has significant growth potential in the lab diagnostics and healthcare billing and consulting industries. Meanwhile, investors are also anticipating RSHN’s new business venture upon the spin-off which the company promised to share in the coming months. If the company announces a venture into a lucrative industry, RSHN stock could be a bargain at its current PPS.

Another reason many investors are bullish on RSHN stock’s upside potential is the management’s focus on increasing shareholders’ value. As is, the company plans for a 400 million share reduction as well as a 1 billion AS reduction. In addition, RSHN has not diluted its shares since last December which is a bullish sign of the company’s long-term prospects. As the company intends to share new growth information today, RSHN stock could be set for a run-up on positive news.

If you have questions about RSHN stock and where it could be heading next feel free to reach out to us in our free alerts room! 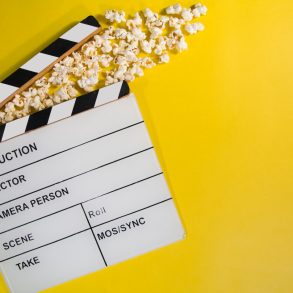