Stocks Under $1 To Watch Out For – Osceola Gold 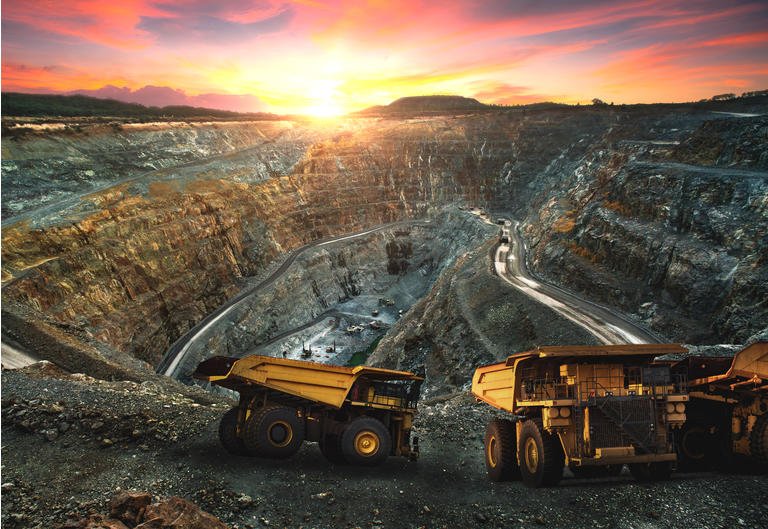 Projections of an updated reserve estimate reaching $4 billion have put Osceola Gold, Inc. (OTC: OSCI) on track to become one of the largest junior mining companies in recent US history. With a strong focus on the development and exploration of gold and other precious metals, this $50 million mining company has had a groundbreaking Q4 2021. As the company prepares to break new ground in production, Q1 2022 is shaping up to be another successful quarter. Since January 12th, OSCI saw a massive 147% increase in its PPS in anticipation. In light of this and its many other catalysts , OSCI quickly climbing up the list of the most lucrative stocks under $1.

OSCI is well-known for its rights to mineral claims located in the most prolific gold area of Nevada – the Mary Ann Canyon. To date, this mining area is considered relatively untapped, giving it enormous upside potential. In fact, the estimated recoverable reserves of precious metal deposits for the entire area is approximately $4 billion.

To capitalize on this, OSCI recently partnered with Savona Equipment – a Canadian mining equipment company – to improve its mining methods. With the support of its $4 billion reserve, the company is able to purchase additional equipment and easily triple its production. At the estimated rate, OSCI can recover up to 90% of the gold in the Mary Ann Canyon reserve. This strategy will undoubtedly result in a quicker return on investment for both the company and investors.

Some of North America’s largest mining companies including Barrick Gold and Kennecott have long realized this potential as they continue to operate claims near the Mary Ann Canyon. However, OSCI remains well above the threshold for quality paydirt and has hands on gold reserves of a much higher grade.

OSCI has placed great emphasis on updating shareholders through press releases and constant twitter updates. To ensure transparency, OSCI recently signed a letter of intent (LOI) with WST Global Productions Corporation – one of the industry’s leading independent film and TV companies – to produce and distribute a TV Series with major streaming partners. This series is meant to showcase the company’s previous and current mining operations while highlighting its commitment to becoming a major player in the industry.

Recently, the company released a video of OSCI CEO – Tom More – detailing the company’s roadmap for growth in 2022. Currently in Phase 1, OSCI is working on finalizing equipment procurement as well as shipping additional machinery on-site before EOM. To ensure successful seasonal operations, the company is also investing heavily in its GEO test to confirm accuracy and efficiency. To document its progress to shareholders, OSCI is also initiating WST pre-production before the end of the quarter.

The company intends to launch Phase 2 starting from early March with expected full production by early Q2. By then, OSCI plans to finalize the WST streaming show production and initiate its uplisting process to OTCQB. To position itself for a successful uplisting, OSCI will continue to partner with more companies in the entertainment industry.

To stay ahead of the competition and maintain its strategic position, the company has embarked on a journey to execute this operational plan. Based on this strategy, OSCI intends to utilize its $4 billion reserve to improve its mining methods, ramp up production, and expand operations within the Mary Canyon region. With all of this under way, OSCI is one of the stocks under $1 with huge potential.

Aside from its operational plans this year, investors are bullish OSCI could be a profitable investment thanks to its solid share structure. With 298 million AS and 297 million OS – there is very little room for dilution. This, along with an incredibly low float of only 735 thousand, OSCI could be a profitable investment with an attractive risk-reward ratio.

As it delivers on its road map for growth in 2022, OSCI recently teased the release of a major announcement at the start of February. Since then, OSCI has notified its shareholders of a delay due to several logistics that have taken longer than the company had initially expected. As the company works behind the scenes to deliver shareholder value, OSCI has assured investors that the announcement is imminent. OSCI has consistently proven their focus on shareholder trust and growth – which is more evident now than ever given the company’s constant updates through its official twitter account.

Investors are speculating the company’s upcoming announcement could signify the start of the Mary Ann Canyon operations. If correct, OSCI could see huge returns in light of this lucrative area. With this in mind, many investors are awaiting news from the company and are bullish on the company and its growth plans in 2022.

@ChaseMacTrades is holding on to his OSCI shares in anticipation of the upcoming announcement.

OSCI is currently trading at $.168 with an immediate resistance at .17. The stock shows a primary support at .1446 and a secondary support at .1311. Accumulation is on a steady uptrend, while the RSI is at 55 and continues to trend upwards. Similarly, the MACD is bullish to the upside.

The fact that accumulation continues to trend upwards despite the stock’s previous run acts as a demonstration of investors’ bullish sentiment on the stock’s future. The bullish MACD and the increasing RSI reflects a rise in investors’ interest and buying activity. This notable rise in activity is mostly stimulated by the company’s ongoing operational plans as well as its roadmap for growth in 2022.

OSCI is once again on investors’ radar as the company lays out the foundation for growth in the year ahead. With no plans for dilution or a reverse split in the foreseeable future, OSCI is one of the stocks under $1 that like an attractive investment. However, as the company delivers on its operational plan and capitalizes on untapped gold reserves, OSCI could see even major growth in the near future.

As these catalysts play out, investors are securing positions on OSCI in anticipation of a major run very soon. Even though the stock saw a major dip following its November high, OSCI has rebounded and could retest its $.27 high. In the long term, OSCI intends to become a reliable and profitable gold mining operation – a mission that demonstrates the company’s emphasis on generating value for its shareholders. In light of this, OSCI is one of the stocks under $1 that could make for a profitable long-term play.

If you have questions about OSCI stock and where it could be heading next feel free to reach out to us in our free alerts room!