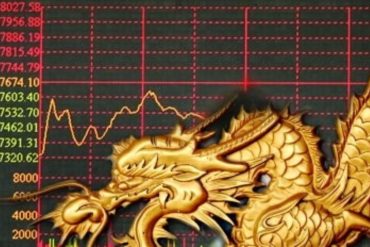 Dragon Capital Group Corp. (Pink Limited: DRGV) has fallen off the radar for many investors as the company remains Pink Limited. As a holding company with emerging technology enterprises, DRGV was known for conducting business in China through its subsidiaries. Aside from its focus on software solutions for businesses, DRGV has branded itself as an incubator for start up companies by offering consulting services for M&A, company valuations, and growth strategies. As the company searches for a merger target, DRGV could rebound from its current position and become one of the technology stocks to watch.

At the moment, DRGV is still pink limited, but the company has completed its recent filings and is expected to become pink current soon. To speed up the process, DRGV brought Carren Currier on as the company’s consultant. Well-known in the OTC, Currier is a classic merger consultant whose work has routinely produced great results for shareholders. Given Currier’s work with companies like One World Universe Inc. (OWUV), International Star, Inc. (ILST), Indo Global Exchanges Pte. Ltd (IGEX), and Kat Exploration Inc (OTC: KATX) investors feel confident that DRGV will become current with the OTC soon.

Aside from Currier’s involvement, Harry Haining Zhang’s role as custodian could be a good sign for the company as well. Zhang is well-known for his history of conducting reverse mergers through his holding company – Quanleap LLC – a professional investment company focused on the acquisition, restructuring, investment and financing of private companies in the US. Through this, Zhang has enabled growth for many shell companies listed on both the OTC and NASDAQ through successful reverse mergers.

As is, DRGV has a share structure with an AS of 50 billion and OS of 36.8 billion leading to a public float of roughly 2 billion shares. The company’s president and CEO – Yunxia Li – owns 31.8 billion common stock shares which totals 86.5% of the OS. Meanwhile, Secretary Chongyi Yang owns 5%. This heavy ownership by one individual could be a bullish sign for DRGV or a risk to shareholders in case Li sells his shares after a major increase in the stock’s PPS.

Even though official news regarding an acquisition or merger has yet to be released, DRGV currently is debt free. With that in mind, some investors believe things are moving behind the scenes and an update in the custodianship process could happen soon, in which case DRGV could be one of the technology stocks to watch.

DRGV is currently trading at its support near $.0013. The stock has not touched this support since September and could bounce off soon. Meanwhile, the stock shows a resistance at .0016 and .0018 but is trading on very low volume. The RSI is approaching oversold at 38 and the MACD is bearish. However accumulation appears to be building.

As a debt free shell, DRGV could become highly sought after once its custodianship process is complete and the company becomes current with the OTC. As is, DRGV has shown very few signs of life leading to its continual backsliding after reaching $.0054 in October. DRGV may be a suitable long-term hold on the hope that it becomes current and finds a merger candidate, but this could be a risky investment if its custodian does not complete the process soon.

Even though it is currently a shell with no operations, investors are hopeful that the stock will become current with the OTC soon and release info regarding its merger or acquisition plans. Given its management team’s history of successful mergers, DRGV could become one of the technology stocks to watch for upcoming news. As the stock continues to bleed out, bullish investors could find an entry point at this low PPS but would be taking a risk in case the custodianship process is not completed.

If you have questions about DRGV stock and where it could be heading next feel free to reach out to us in our free alerts room!