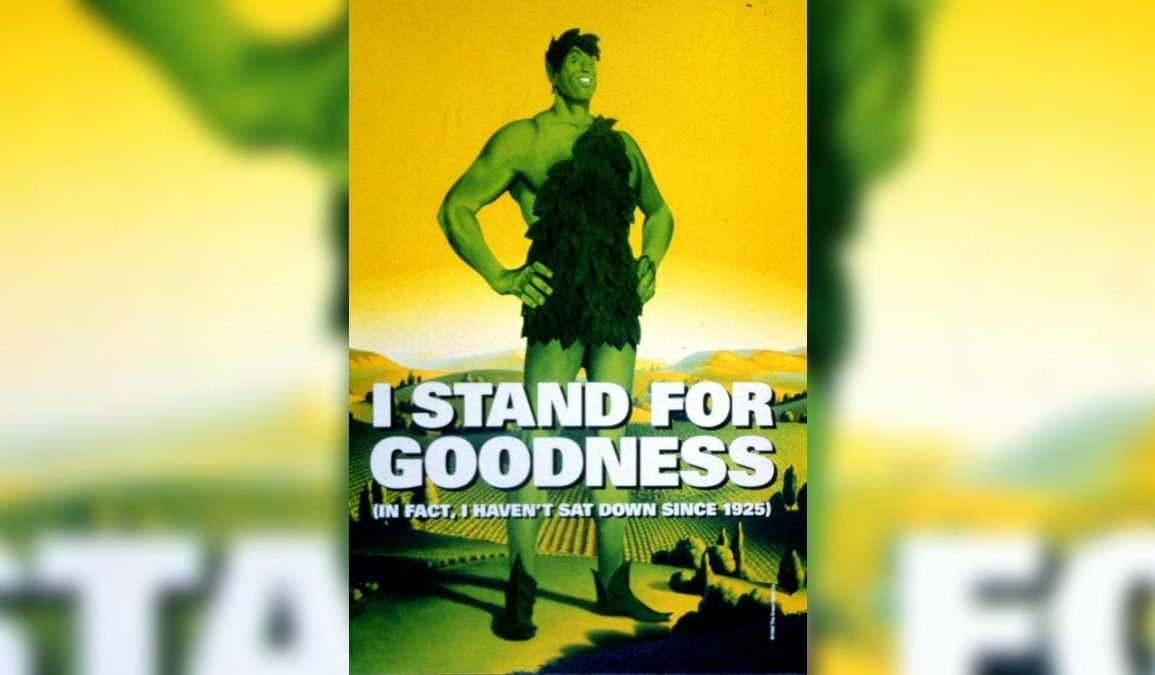 As one of the OTC’s hottest plays, ProText Mobility, Inc. (OTC: TXTM) is gaining investors’ attention after reaching new 52 week highs and climbing almost 1000% over the past week. This surge was triggered by the company finally announcing its reverse merger with a major South African medical cannabis producer. With the company promising to share its future plans at a conference this week, TXTM stock is one to watch as more news rolls out.

Delivering on its 2020 LOI, TXTM finally reverse merged with Republic of South Africa Medical Marijuana Dispensaries Acquisitions (RSAMMDA) through a share exchange. In this way, RSAMMDA exchanged 100% of its capital stock for preferred shares of TXTM. RSAMMDA is a jointly owned business led by Dylon Du Plooy and Dr. Ahmed Jamaloodeen (Dr. J) who represent RSAMMD and Leeds Boerdery.

Considered to be a pioneer in the medical cannabis industry, RSAMMD is focused on researching, cultivating, producing, and distributing high quality medical cannabis. To facilitate its operations, RSAMMD has partnered with Dr. J’s Leeds Boerdery to utilize his 5 thousand hectare New Castle farm and his federally issued cannabis and hemp licenses. As the world’s largest cannabis farm, the New Castle farm practices eco-farming and organic farming. For this reason, the farm is a Pilot of Excellence for the National Department of Agriculture Forestry and Fisheries as it uses advanced technologies and AI to grow its cannabis. With this in mind, many investors are bullish on TXTM stock’s future prospects as Du Plooy is now the company’s CEO and Dr. J is the company’s new president and chairman.

In the meantime, RSAMMD recently completed the cultivation of its semi-annual grow of cannabis and hemp over more than 1000 hectares. This was done by utilizing Dr. J’s permits and licenses to grow hemp and cannabis, in addition to research permits allowing for testing final products for human consumption and medical benefits. Considering the significance of these licenses, TXTM appears to be well-positioned to grow in the competitive cannabis market in the future.

As both companies signed an LOI back in 2020, they spent the past two years developing their operations in South Africa and across the world – while improving the infrastructure for cannabis and hemp extraction. On that note, RSAMMD currently operates a 10 thousand square meter state of the art greenhouse facility with full environment control and cannabis-related specifications which meet international ratings and standards. As well, RSAMMD has private consultation rooms and a medical center focused on medical cannabis science, prescription, as well as dispensing of medical cannabis products.

Based on this, RSAMMD expects this facility to become the headquarters for tracking and distribution of medical cannabis products to hospitals and pharmacies as widespread legalization takes place. At the same time, RSAMMD is bullish its infrastructure will allow it to produce the highest quality cannabis and hemp products in the world.

Meanwhile, RSAMMD has been busy over the past two years securing off-take agreements for end products. In South Africa, RSAMMD has only one off-take agreement with Dr. J’s New Castle farm. However, the company has been looking to increase its global reach and has agreed on several off-take agreements in principle with international leaders in the cannabis industry. In light of this, TXTM stock could see further growth if these deals are announced.

By acquiring TXTM, RSAMMD intends to integrate TXTM’s proprietary extraction technology with its existing infrastructure. Having previously tested the kettle system and extraction technologies on live cannabis, the technology showed its usefulness. While the company has not disclosed more information regarding this technology, Dr. J promised to “discuss this further as well as our upcoming operational plans”. Moreover, Dr. J shared that “Over the coming days and weeks, we will be sharing our immediate term road map and long-term plans we are developing for Protext which should translate into increasing shareholder value”.

These plans are mainly related to adding assets to TXTM to complement its new direction and commercializing the live plant extraction technology. In addition, TXTM intends to roll out a new crypto platform and a TXTM token in the near future. Through these plans, TXTM believes it could achieve its aim of uplisting to a major exchange. With anticipation brewing over these upcoming catalysts, TXTM stock is one to watch this month in anticipation of more PR.

Promising to share more updates with its shareholders, TXTM has been selected to feature at the Emerging Growth Conference on June 22nd. Through this conference, Du Plooy and Dr. J will interact with TXTM’s shareholders and potential investors which could increase awareness of TXTM stock. With this in mind, many investors are bullish TXTM stock could continue its rally following the conference as the company intends to share its goals and future plans at this conference.

RSAMMD is also updating its website to reflect the acquisition of TXTM at this time. The countdown for the website’s release appears to coincide with the Emerging Growth Conference as the company’s management will be releasing the most recent information regarding its long-term plans at this conference. This could be another catalyst to watch for in case TXTM stock continues its run on bullish news.

As is, many investors are eager to learn more about RSAMMDA LLC. Widely considered a pioneer in South Africa for the research, cultivation, production and distribution of medical cannabis and cannabinoids, RSAMMDA (Republic of South Africa Medical Marijuana Dispensaries Pty Ltd.) formed a joint venture with the biotech company Protext Pharma, Inc. in 2020.

According to the agreement, both companies would test Protext’s proprietary extraction technology using live cannabis and hemp plants. Earlier human clinical trials had shown its technology to be effective at significantly improving absorption rates and bioavailability which could prove to be an important feature for medical cannabis products.

These extraction tests used live cannabis flower, industrial hemp, and the leaves of both to create liquid emulsions using proprietary sonoluminescence extraction technology. Further testing at the labs would identify whether the cannabis extract contained THC. If the extraction process leaves the acid form of CBD (CBDA) and THC (non-psychoactive THC-A) intact it would create a non-psychoactive extract with full medicinal potential. In this way, TXTM could deliver an improved bioavailable medical marijuana product delivered at one fifteenth of a traditional dose – providing relief at a fraction of the cost per dose.

Dr. Hurley worked alongside Dr. Ahmed Jamaloodeen during the early testing, and both have an extensive background in cannabis studies. As the National Treasurer of the Cannabis Development Council of South Africa (as of 2020) and property owner of the 5000 Hectare Hemp farm in New Castle, Dr. Jamaloodeen has been instrumental to the success of this joint venture.

Since RSAMMD covered the initial costs of testing and commercialization, it will receive an exclusive global license to the technology for hemp and cannabis extracts except for North America.

Now that the testing is complete,  TXTM is ready to capitalize on its operations in South Africa and globally where it has built the infrastructure for a global cannabis/hemp business. The company has invested in itself to facilitate the complete seed to sale, R&D, global off-take agreements for its end product. Leading the charge is TXTM’s new CEO – Dylon Du Plooy – who is the CEO and founder of a number of organizations and businesses in South Africa

This comes after TXTM filed a change in control with OTC Markets to showcase its new management team led by Dr. J and Du Plooy. On that note, RSAMMD is now in full control of TXTM since Dr. J and Du Plooy hold 100 thousand Series D preferred shares as well as 50 thousand Series A preferred shares. Based on this, TXTM could be poised for financial growth this year given the vast experience of Du Plooy and Dr. J in the cannabis industry.

Looking at TXTM’s financials, the company has $203.3 thousand in assets and $1.1 million in liabilities. TXTM did not report revenues in Q1 – yielding a net loss of $51.9 thousand compared to a net loss of $34 thousand a quarter ago due to an increase in derivative expense. Despite this, the deal with RSAMMD could set the company up for financial growth.

@cdntradegrljenn is ready for TXTM’s talk at the growth conference

TXTM stock is currently trading at $.014 and has supports at .0138, .0105, .0069, and .0041. So far, TXTM has had a difficult time breaking its resistance at .0191. TXTM stock soared by as much as 930% since announcing that the reverse merger was finalized. Given that TXTM plans to share news regarding its future plans and goals at the growth conference, bullish investors could find a good entry point on pullbacks.

Following TXTM stock’s recent run, accumulation has begun to plateau, but has remained strong. Similarly, the RSI cooled off from 95 to 50. Meanwhile, the MACD is bearish. As these indicators reset, TXTM has room to run with more news from the Growth Conference today. It is worth noting that TXTM gapped up three times over the past week, which investors should watch in case they fill later on. Currently, TXTM has an AS of 10 billion and an OS of 7.8 billion.

As the company is merged with a leader in the medical cannabis industry, TXTM could be a profitable stock to hold long-term. In light of the new management’s plans to add assets to TXTM and monetize its proprietary live plant extraction technology, TXTM has the potential to become a leader in the cannabis market. Given that the new management plans to uplist TXTM to a major exchange, these growth efforts could allow the company to achieve this target in the near future. Long term investors are particularly bullish on this plan since TXTM has clarified that it has no plans for a reverse split. With the company set to share its plans and goals this week, TXTM stock is one to watch this year as these plans roll out.

If you have questions about TXTM stock and where it could be heading next feel free to reach out to us in our free alerts room!