As one of the hottest Chinese EV manufacturers, XPeng Inc. (NYSE: XPEV) is considered to be one of the most promising EV stocks thanks to its innovative technologies that set it apart from its competition. Since Covid lockdowns in China significantly impacted the EV industry, XPEV reported underwhelming delivery numbers in 2022 – far below expectations. With China now opening up, XPEV stock forecast could be bullish especially with the company planning for 3 new launches in Q1.

Considering the challenges facing the EV industry from supply chain woes to China’s Covid lockdowns, EV manufacturers including XPEV have suffered significantly in 2022 as they were not able to deliver on their delivery estimates. Despite this, the industry’s outlook in 2023 appears to be bright especially with China easing its lockdowns. With this in mind, XPEV recently announced its deliveries for December, Q4, and full year 2022.

In this update, XPEV announced delivering more than 11.2 thousand vehicles in December 2022. Based on these deliveries, XPEV was able to beat its Q4 delivery expectations of 21 thousand. Despite this, XPEV fell significantly short of its full year delivery estimates of 250 thousand vehicles as it managed to deliver only 120.7 thousand vehicles in 2022 as a result of the lockdowns that have affected the company’s production. However, many investors are increasingly bullish on XPEV stock forecast in 2023 as the company intends to launch 3 new vehicles in Q1. Considering the company’s vehicles’ impressive technologies, XPEV could be well-positioned to post record deliveries – aiding the company in its path to profitability.

One of XPEV’s most compelling assets is its groundbreaking autonomous driving technology. In its latest annual Tech Day, XPEV announced a number of impressive technical achievements related to its autonomous technologies. At the core of XPEV’s technologies, XNPG is designed to be its last step before autonomous driving is realized – offering driver assistance in different driving scenarios from highways to complex city roads. Moreover, XNGP achieved a technological breakthrough as it expands to areas not covered by high-precision maps. Since XNGP is China’s most advanced driver assistance technology, XPEV stock forecast appears to be bright for the future as the company could be set to become a global leader in autonomous driving.

In addition to XNGP, XPEV announced its next-generation neural network-based software architecture – XNet – on Tech Day. Unlike the first-generation architecture, XNet is based on an in-house developed neural network for visual recognition with human-like decision making capabilities. This neural network technology replaces complicated manual processing logic to achieve a self-evolving data-driven algorithm and is backed by Fuyao – the largest supercomputing center for autonomous driving in China.

With this in mind, Fuyao’s capabilities could increase the training efficiency of autonomous driving models by more than 600 times. In this way, the time for a model training could be reduced from 276 days to only 11 hours. Additionally, XNet uses only 9% of chip processing compared to 122% thanks to XPEV’s impressive deployment optimization. In light of this, many investors are bullish on XPEV stock forecast in the long-term as it continues developing its autonomous driving technologies.

With autonomous driving a major goal of the company, XPEV established China’s first fully closed-loop autonomous driving data system that includes data collection, labeling, training and deployment. This system is supported by Fuyao’s capabilities as well as a full auto-labeling system. Based on this, the system can address every detected corner case by utilizing a targeted data collection approach to acquire training data from XPEV’s vehicles. Considering XPEV’s AI capabilities, the company was able to reduce incident rates for its Highway NGP functionality by 95% – which is an impressive feat for the company’s autonomous driving efforts.

As for its robotaxi development efforts, XPEV achieved a major milestone as its G9 SUV obtained intelligent connected vehicle road test permit – making it China’s first commercial vehicle to pass the government-led autonomous driving closed-field test. With this in mind, XPEV’s platform-based robotaxi development intends to generate cost benefits while ensuring product quality, safety and used experience. While it may take the company several years to fully realize its robotaxi ambitions, XPEV stock could be an opportunity at its current PPS in anticipation of further developments regarding this endeavor.

Meanwhile, XPEV is developing a flying car and brought the latest version of its full-electric vertical take-off and landing (eVToL) flying car to light at its Tech Day. Developed by XPEV’s affiliate XPENG AEROHT, the vehicle has been optimized to a new distributed multi-rotor configuration. At the same time, the vehicle’s system design complexity has been reduced to improve flight safety and reliability. On that note, the test vehicle of the new flying car has successfully completed its first flight and several single-motor failure tests. Given the company’s impressive portfolio of technologies under development, XPEV stock forecast appears to be bright for the long-term.

Looking into XPEV’s Q3 report, the company has $10 billion in assets including more than $4.4 billion in cash and cash equivalents which can be utilized by the company to further improve its technologies. XPEV also has $4.5 billion in liabilities – $3.2 billion of which are current liabilities. Based on this, XPEV appears to be in a strong financial position which reduces its potential to dilute its shareholders.

Meanwhile, XPEV reported $959.2 million in revenues and had a gross profit of $129.7 million. However, the company incurred $439.2 million in operating costs – leading the company to report a net loss of $334 million. Considering that the company is operating at significant losses, XPEV stock forecast could be bright for the future as the company anticipates to become operating profit positive by 2025 – making it one to hold onto for the long-term.

@leixing77 and other XPEV investors are watching the reports regarding the potential appointment of a new CEO.

Not all investors are bullish on XPEV’s future prospects with @WholeMarsBlog sharing Citi’s sell recommendation citing the may never break even.

XPEV stock is currently trading at $8.95 and has supports near 8.15 and 6.18. Meanwhile, the stock shows resistances near 9.27, 10.44, 12.10. Since the company posted its Q3 report last November, XPEV stock rebounded significantly from near all-time lows despite posting underwhelming earnings. This rebound has been mainly due to investors’ optimism regarding the company’s future deliveries considering China’s decision to ease its Covid lockdowns. While the stock lost some of its momentum following its run in late November, XPEV appears to be consolidating at its current price level.

However, XPEV stock recently broke through a major support near $9.27 which has become a resistance level. Given that there is a gap on the chart near $7.37, XPEV’s recent price action could signal a further drop to fill the gap. At the same time, XPEV has gaps to the upside near $10 and $11.8. While the company has a number of catalysts this quarter – most notably the anticipated launch of 3 new vehicles, investors could wait for a confirmation of the trend before making a decision. If XPEV fails to break through its resistance, the stock could be headed for a retest of its support near $8.15 or fill the gap if it witnesses a strong selling activity. In that case, the $8 price level could be a good entry point for long-term investors.

Meanwhile, if bulls are able to send XPEV’s PPS past its resistance, investors could have a good entry near $9 since the company’s upcoming catalysts could trigger a major run. Given that XPEV has shown substantial runs on positive news, the stock could be poised to appreciate in value once its upcoming catalysts roll out. With this in mind, XPEV stock is a long-term hold for many investors thanks to the company’s potential as it continues developing its technologies. For this reason, XPEV’s current PPS could be an opportunity for long-term bulls on the company’s potential.

Considering the stock’s dip since the beginning of the year following its price cuts, accumulation is witnessing a slight downtick. Meanwhile, the MACD recently turned bullish following a crossover which could signal a run in the near term. The RSI is holding at 31 indicating that XPEV stock is oversold. Based on these indicators, entering a starter position at XPEV’s current PPS could be a profitable decision as the stock appears to be poised to run in the near future. XPEV has an OS of 856.7 million shares and a float of 518.3 million shares.

With the company looking to move past its 2022 delivery woes, XPEV stock forecast appears to be bright for 2023 and beyond. Considering that the company intends to launch 3 new vehicles in Q1, XPEV could witness increased interest in its vehicles thanks to its advanced technologies. In this way, XPEV could be well-positioned to receive a major boost in its revenues this year. Meanwhile, the company expanding its presence in Europe is a positive catalyst for its future in the European market. Since the company is opening 4 delivery and service centers and plans to open more centers in Norway, the Netherlands, Sweden, and Denmark this year, XPEV could be poised to witness increased demand for its EVs in these markets.

While these endeavors have the potential to set the company for future growth, investors are more bullish on XPEV’s technologies – especially its autonomous driving technology. Meanwhile, XPEV’s development of robotaxi and flying vehicles are catalysts to watch as they play out in the coming years. As the full development of these technologies may take several years, XPEV stock could be one to buy at its current PPS as it has major potential to climb once these technologies are introduced.

If you have questions about XPEV stock and where it could be heading next feel free to reach out to us in our free alerts room! 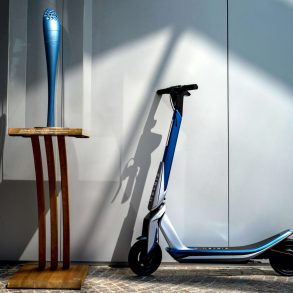 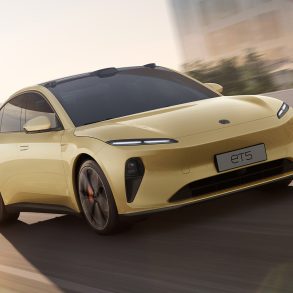 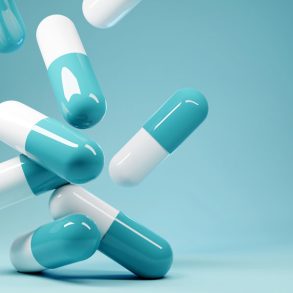